Braun hit a go-ahead grand slam off Junior Fernández with two outs in the ninth inning, and the Brewers beat the St. Louis Cardinals 7-6 Sunday to keep up their playoff push by winning for the ninth time in 10 games.

Milwaukee remained one game behind the Chicago Cubs for the second NL wild card and closed within three games of the NL Central-leading Cardinals.

With the Cardinals ahead 4-3, Jon Gant (10-1) walked Ben Gamel and Travis Shaw starting the ninth, struck out Trent Grisham and walked Yasmani Grandal. 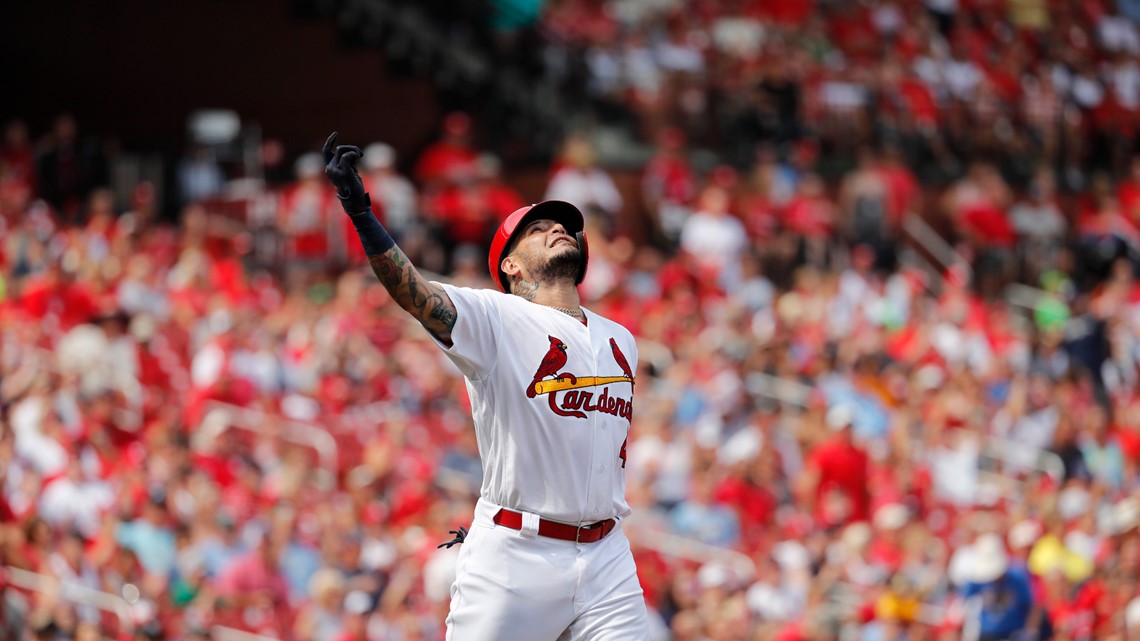 5 takeaways from the Cards' series loss to the Brewers
ST. LOUIS - Welcome to St. Louis sports, where nothing is easy ... like ever. Before Friday night's game began, the St. Louis Cardinals had a chance to bury the Milwaukee Brewers into a third-place resting place. The Brewers were hot, but the Cardinals had first place and home-field advantage.

Tyler Webb retired Mike Moustakas on a flyout not deep enough to score a run, Fernández relieved and Braun drove a hanging slider to left-center for his seventh career slam and a 7-4 lead.

A six-time All-Star, Braun entered with a .133 batting average in September. He hit a tiebreaking home run against Miami on Thursday.

"I believe in myself. I've had a lot of success in those moments," Braun said. "I think I'm able to lock it in a little bit more."

Tommy Edman hit a two-run homer with one out in the bottom of the ninth off Josh Hader, who struck out Harrison Bader and pinch-hitter Tyler O'Neill for his 33rd save in 39 chances.

Matt Albers (7-5) got two outs for the win, and Gant lost for the first time in exactly one year.

Cory Spangenberg hit a two-run homer off Ryan Helsley in the seventh, but Paul DeJong had a two-run homer against Ray Black in the bottom half for a 3-2 lead, a drive that curled just inside the left-field foul pole.

Milwaukee starter Chase Anderson allowed one run and one hit over in four innings.

Cardinals starter Michael Wacha gave up five hits in five scoreless innings and is 0-3 in eight starts and two relief appearances since beating Cincinnati on July 19.

Milwaukee set a franchise record with 232 homers, one more than in 2007.

Milwaukee's final 13 games are against San Diego, Pittsburgh, Cincinnati and Colorado, all teams with losing records.

The Cardinals' nine-game streak without an error, the team's longest since June 2017, ended when Bader bobbled a long drive to center by Moustakas in the eighth.

Cardinals: Closer Carlos Martinez spent Saturday night in a hospital due to respiratory issues and was not at the ballpark Sunday.