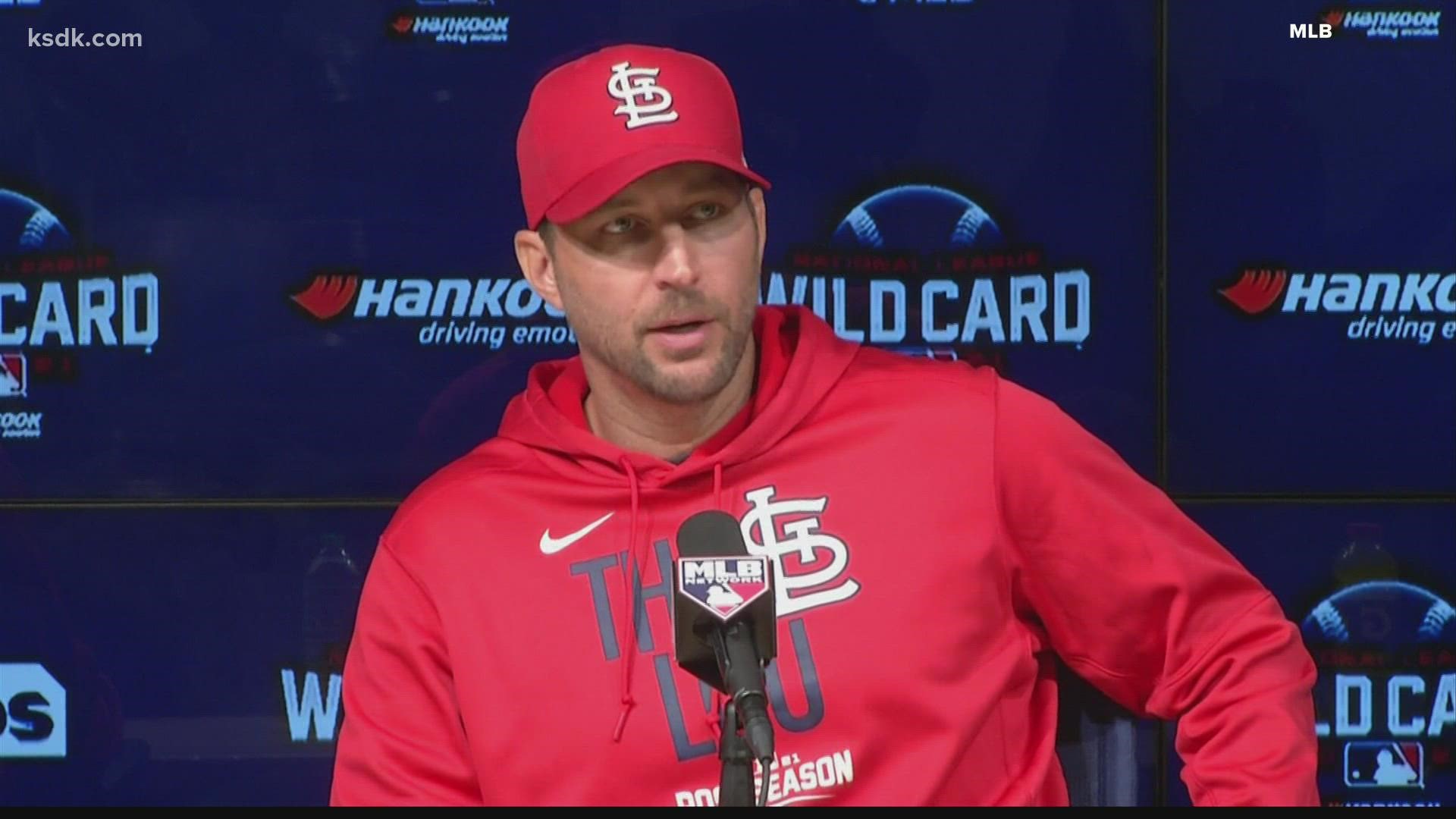 He's battled through multiple injuries, including undergoing Tommy John surgery. He's been under the pressure of being the biggest prospect in baseball. And he's even seen his young daughter battle cancer.

2021 threw even more adversity at Reyes, with the capper coming Wednesday night in Los Angeles.

A first-time All-Star in the first half of 2021, Reyes saw his performance crumble in the summer months. Reyes was removed from the closer spot, but had seen more positive results down the stretch for the team.

Chris Taylor brought back memories of Reyes' worst moments in 2021 on Wednesday night with the ninth inning blast to send St. Louis home.

The 27-year-old's teammates and coaches were quick to have his back afterward.

"Just gave him a huge hug, told him we loved him, I told him I loved him and gave him another big hug. I just told him how special he was as a player, as a teammate and as a person," Cardinals starter Adam Wainwright said. "That's all you can say in a moment like that. He probably doesn't want to hear any of it, but it's all true. He's a great teammate, he's a great player, he's a great pitcher and he's a great friend. You hate to see anyone go through that, but he's got an incredible future ahead of him. I can't wait to see what he does next. It's gonna be great."

"He's hurting. I just told him, 'Hey man you walk out with your head up. You've got a lot to be pleased about this year.' It was a similar message to the club, you've got a lot to feel good about, and you've got a reason to hurt, too," Cardinals manager Mike Shildt said. "I'm not gonna take away the hurt. Because the hurt is what motivates you to move forward. I don't want that hurt to overcome you either, because there's too many positive things that happened with Alex and this club to walk out with anything but their head up."

Reyes made history by starting his career with 24 consecutive saves to open 2021 and for a large part of the season was one of the most dominating relievers in baseball.

Shildt knows even though he was the man on the mound when the season ended, they wouldn't have been in that spot without him.

"We've got a clubhouse full of guys that are hurting, Alex included. This team didn't come here just to play. This team came here to win and move on and take down our 12th world championship. That was the investment of our group since day one of spring training. So it hurts, Alex is hurting. I talked to him about it and gave him a big hug, like everyone on the club," Shildt said. "We're not here without Alex Reyes. We're just not. He had his bumps and made some adjustments in the second half. Got some huge outs for us, and obviously in the first half set a Major League record with 24 consecutive saves. Made a little adjustment in the second half of the season, but came up huge for us multiple times."

Wainwright has seen Reyes battle adversity first hand and knows that even though Wednesday's result will be tough to swallow, Reyes has the resolve to come back from it.

"He's had a career filled with adversity. He's just been put through the ringer. The Tommy John... and then right when he came back from Tommy John he was striking out like 14 guys every rehab start, not exaggerating. And we were so excited to get him back and then he tweaks his Lat in his last rehab but thinks he's ok to pitch... and then tears it all the way in his first game back.... Each time he's been dealt that hand he's come back even stronger," Wainwright said. "We're not here tonight without Alex Reyes. He was an All-Star closer the first half of the season. He put us on his back a lot of the time this year. We all completely believe he's gonna come back strong."