“I’m preparing like I’m going to be the everyday starter. That’s how I’ve been preparing every day since I got drafted. That mindset has never changed," Knizner said 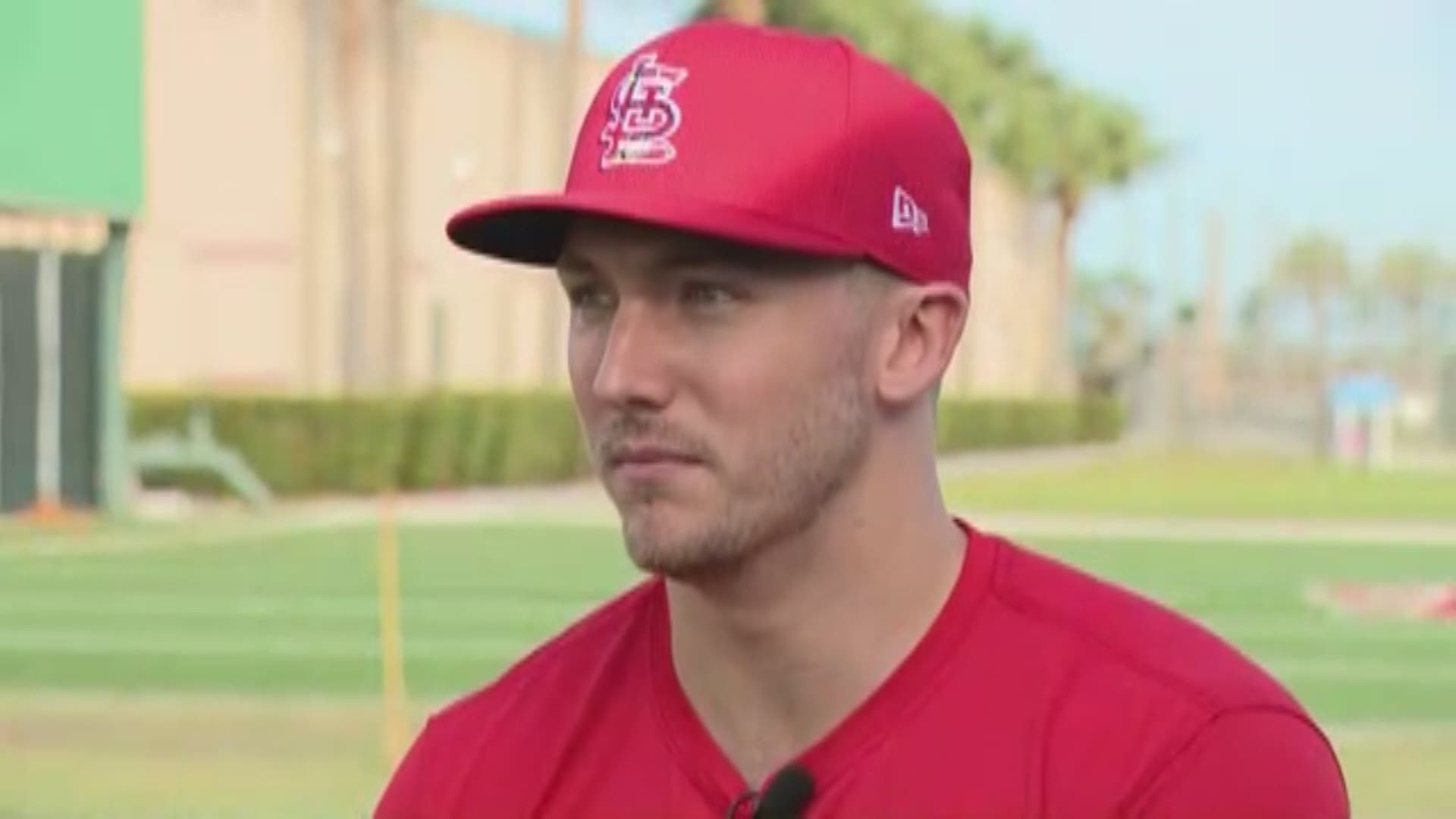 ST. LOUIS — Like everyone else in Cardinal Nation, Andrew Knizner has spent the last two months waiting to find out if Yadier Molina will be returning to the Cardinals for the 2021 season.

Unlike most of the people sitting and wondering what is going to happen, however, the ramifications of Molina’s decision will have a much more direct impact on Knizner’s immediate future.

If Molina returns, Knizner is likely headed to a season of serving as Molina’s seldom-used backup. If Molina uses his free agent status to go elsewhere, and no other move is made, Knizner would be in line to become the Cardinals starting catcher.

Either way, he vows to be prepared. Knizner said in a telephone interview that Molina’s status has not affected the way he has gone about his off-season workouts.

“I’ve kind of been in this situation the last couple of years,” Knizner said. “It’s really nothing new to me at this point. That doesn’t change my mental focus and it doesn’t really take anything away from what I am doing, trying to become the best player I can be to help this team win.

“I try not to get caught up in too much of the speculation. I just try to go out every day of the season and the off-season and try to get better.”

Knizner did admit, however, that the increased possibility that Molina could leave the Cardinals this winter, and what that would mean for him personally, has been hard to ignore.

“It crosses my mind every now and then,” he said. “I’d be lying if I said I never thought about it. There’s only so much I can do. What I can do is continue getting better and being ready to play.

“I’m preparing like I’m going to be the everyday starter. That’s how I’ve been preparing every day since I got drafted. That mindset has never changed.”

Knizner has spent the off-season in Raleigh, N.C. Unlike past winters, where he was able to join other North Carolina State alumni and train at the school’s baseball facilities, he has had to move his workouts to a private gym because of COVID-19 concerns.

His focus and determination have not changed, nor has his confidence that he can be successful as a starting catcher in the major leagues if he gets that opportunity.

When Knizner will get that chance, or how, could be determined in the next few weeks.

“Opportunity is a great word,” he said. “I think if I get a good continued opportunity I’ve been able to adjust each level I’ve played at to learn the competition level and adjust and be able to perform well at each level. The big leagues is different, but I think if I get that continued opportunity I will be able to learn the competition level and make the necessary adjustments and go out and play and help this team win.”

The other factor which affects Knizner’s future is that he will turn 26 on Feb. 3, an age when he really needs to be playing, and doing so everyday at Triple A really doesn’t seem necessary at this point.

Like all players, Knizner is coming off the strangest season of his career because of the pandemic. Except for the players who had to deal with COVID-19 symptoms, however, he might have been hurt the most by what happened last summer.

Knizner was limited to just 17 plate appearances, appearing in just eight games, which could be looked at as a lost season right when he needed more playing time to show that he could become Molina’s successor.

“The number one thing about being a baseball player is you have to adjust and adapt,” he said. “Last year was a great example of that. In a game filled with so much failure you have to look for things you can do every day to get better and work on your craft. That’s what I tried to do last year.

“The playing time was limited but there’s a lot of stuff you can do outside of playing games.”

Knizner spent a lot of the hours when he was stuck in his apartment or a hotel room watching film, of the Cardinals pitchers and opponents, trying to observe how hitters approached certain pitchers, and how pitchers attacked hitters.

When he was at the ballpark, Knizner tried to catch as many bullpen sessions as possible and worked, even for 15 minutes a day, on his skills behind the plate.

“The at-bats might have taken a little bit of a hit but I think I’m a good enough hitter and have enough ability to adjust to make the necessary corrections once we start playing again,” Knizner said.

“I think it’s very easy to look at it (2020) like a lost year but I think I did enough work on the mental and physical side to make the best out of my situation.”

In more than 300 games and 1,100 at-bats in the minor leagues since he was selected in the seventh round of the 2016 draft, Knizner has a combined .303 average and averaged 11 home runs in his three full seasons.

“I think I’m at the point in my career where I’m a good enough player to help contribute to this team, and I think the coaching staff and front office knows that,” Knizner said. “They are going to do what’s best for the team. … As long as I take care of my business and show up ready to play (at spring training) I think they (front office) are going to do a great job. They’ve always done that.

Knizner is smart enough to know that if Molina returns, especially with his requested two-year contract, his own future might not be with the Cardinals. He would not be the first catching prospect traded because his path to playing regularly was blocked by Molina. It happened to Carson Kelly three years ago, and in 2019, his first year in Arizona, Kelly hit 18 home runs.

“It’s out of my control,” Knizner said. “You can speculate all your want, but so much stuff can happen just in the blink of an eye. I try to keep my mindset pretty process oriented to where I’m staying within my own little bubble, trying to get better.”