"He's (Knizner) waited in the wings and earned it, played well. And now it's more of a consistent opportunity for him," Shildt said 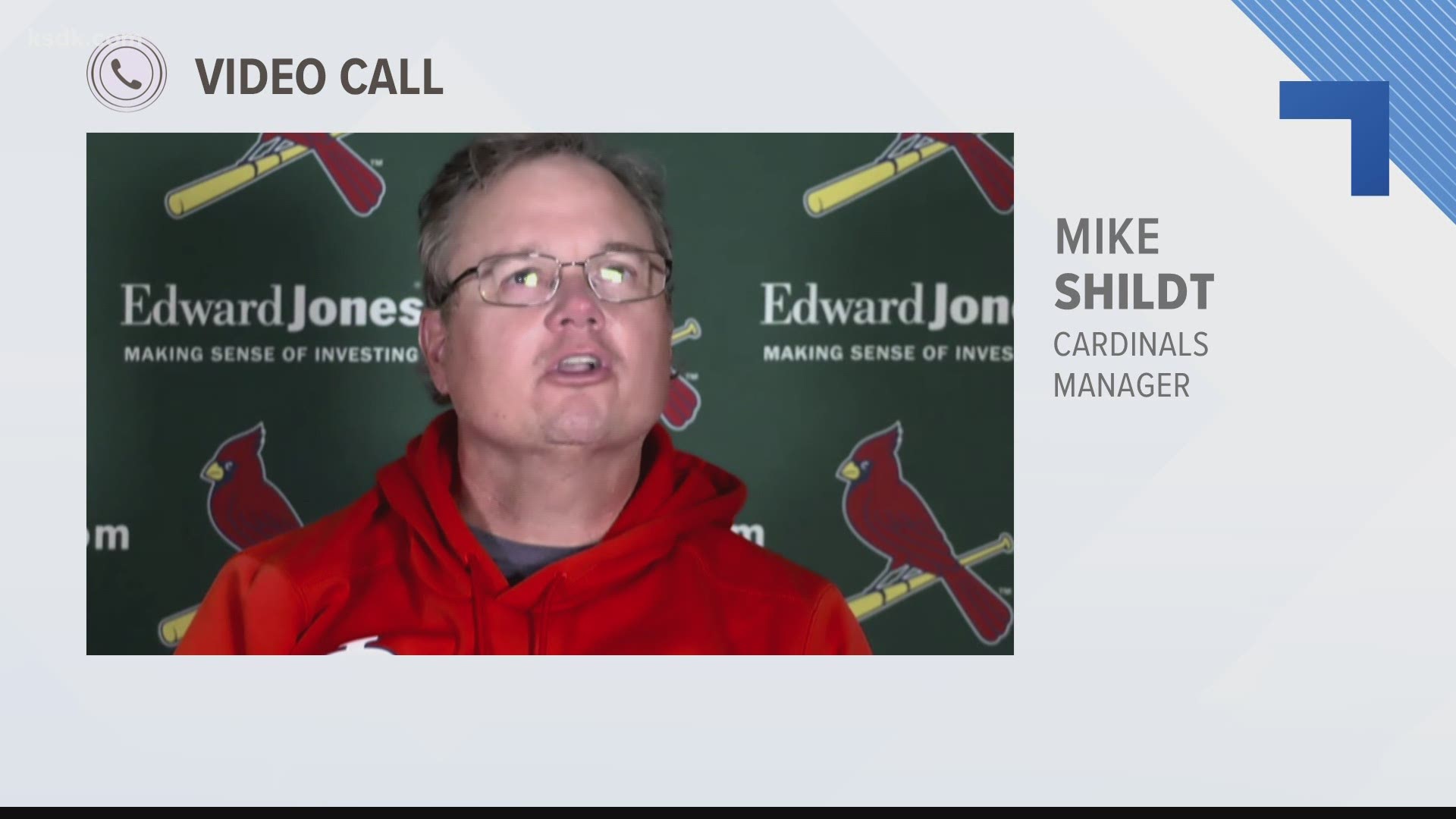 ST. LOUIS — I suspect being a backup catcher for Yadier Molina is both an incredibly fascinating and often boring experience.

In his 15 full 162-game seasons, Molina has never caught fewer than 110 games. He's caught more than 130 games seven times. It's why he's the only catcher in baseball history with 2,000 games caught for one franchise.

Proving to be incredibly durable throughout his career is part of the reason why Molina is undoubtedly heading to Cooperstown. However, it hasn't given any of his backups much of a chance to prove themselves over the years.

Molina has only hit the IL nine times in his career. But his latest stint in 2021 does give a young Cardinals up-and-comer more of an extended chance to showcase his talents than he's ever had at the Major League level. Andrew Knizner looks up to the task.

The Cardinals drafted Knizner, 26, in the seventh round of the 2016 MLB draft. As mentioned, the playing time has been hard to come by, but now he's going to get his chance as "the guy" for at least 10 days.

Coming into Tuesday's game with the Phillies, Knizner was hitting .263 with two doubles in 19 at-bats. And then in Tuesday's game he went 2-4 to raise his average over .300. Knizner also scored from first base on a Tommy Edman double. Not many catchers could make that happen.

Beginning on Wednesday, the Cardinals play games 12 days in a row, so Knizner is going to get plenty more opportunities to prove himself in the next week-and-a-half. New backup Ali Sanchez will no doubt spell him once or twice, but it's Knizner's show until Molina's foot feels right.

"It's an opportunity for Kiz," Cardinals Manager Mike Shildt said pregame Tuesday. "He's waited in the wings and earned it, played well. And now it's more of a consistent opportunity for him."

Knizner will also try to keep the momentum rolling behind the plate for a starting rotation in a groove right now from top to bottom. And it remains to be seen if that 10-day IL stint for Molina will be just those 10 days, or if more time could be needed for recovery.

"We'll try not to put any parameters on it. We'll let the medical team guide it with Yadi and again, reevaluate as we get close to 10 days and if it needs to be more it'll be more," Shildt said. "It's a long season. We want to be prudent about it. Obviously, we want to get him back, Yadi wants to be back but we'll reevaluate after the 10 days."