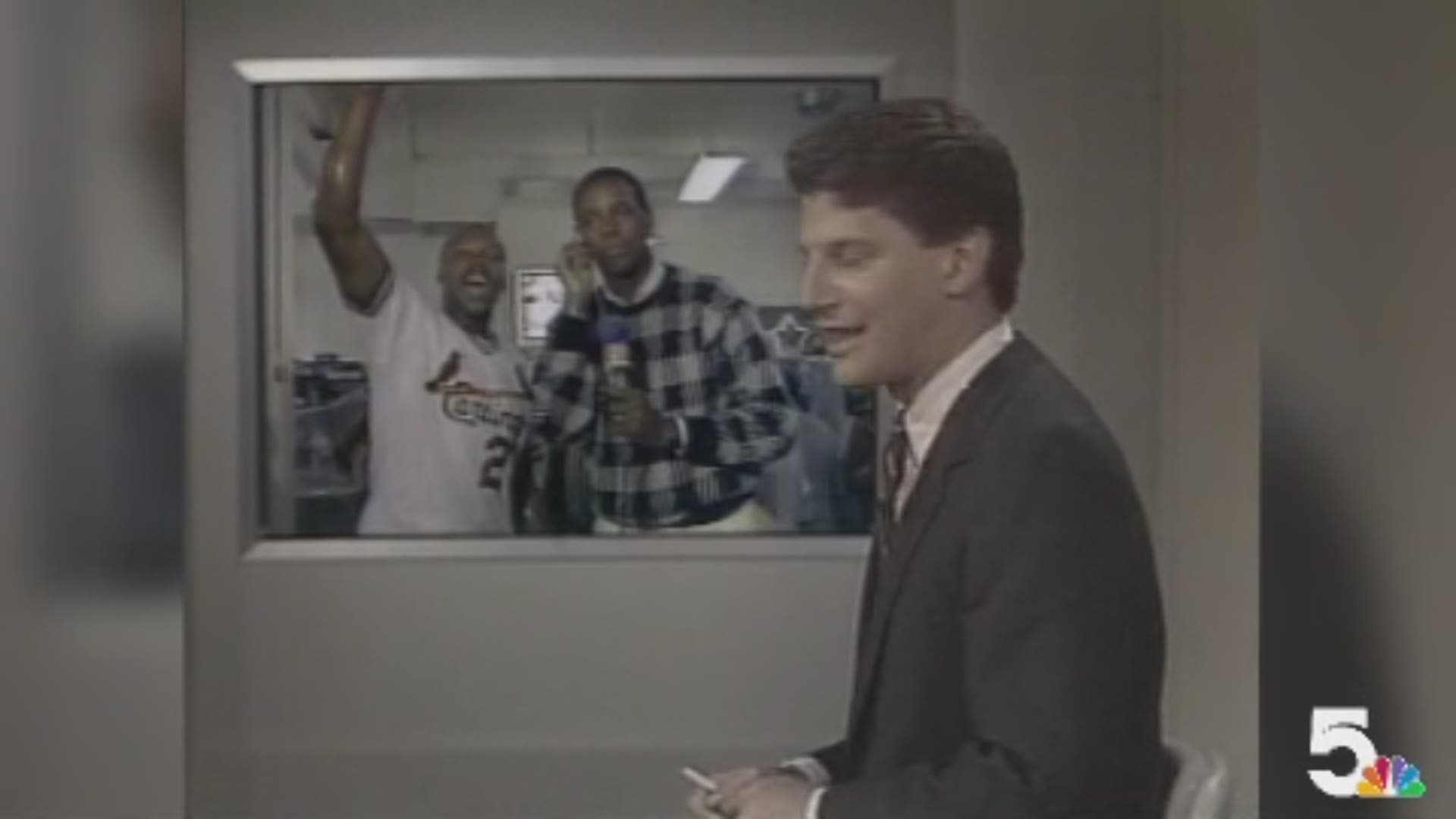 The Cardinals had just clinched the 1987 National League East title by beating the Montreal Expos, and were celebrating in the usual baseball style in the locker room.

KSDK sports anchor Mike Bush tossed to reporter Art Holliday in the madness of the locker room next to a - let's just call him excited - Vince Coleman, and the rest is history.

Some highlights of the famous interview include Coleman shouting out the team's lineup declaring, "We're the best team in the world!"

Holliday also powers through the interview while Cardinals players pour alcohol on his head, and it actually ends up shorting out the IFB earpiece he's wearing to communicate with the station.

But like a true professional, the KSDK veteran was even able to manage a sign off while getting bombarded by the team.

Of course, the Cardinals went on to win the NLCS in seven games over the west champion Giants in 1987, and fell to the Minnesota Twins in seven games in the World Series.