For years, Ben Yokley thought he'd get to Busch Stadium on the field as a player. He got there in 2021, but wearing a U.S. Air Force uniform 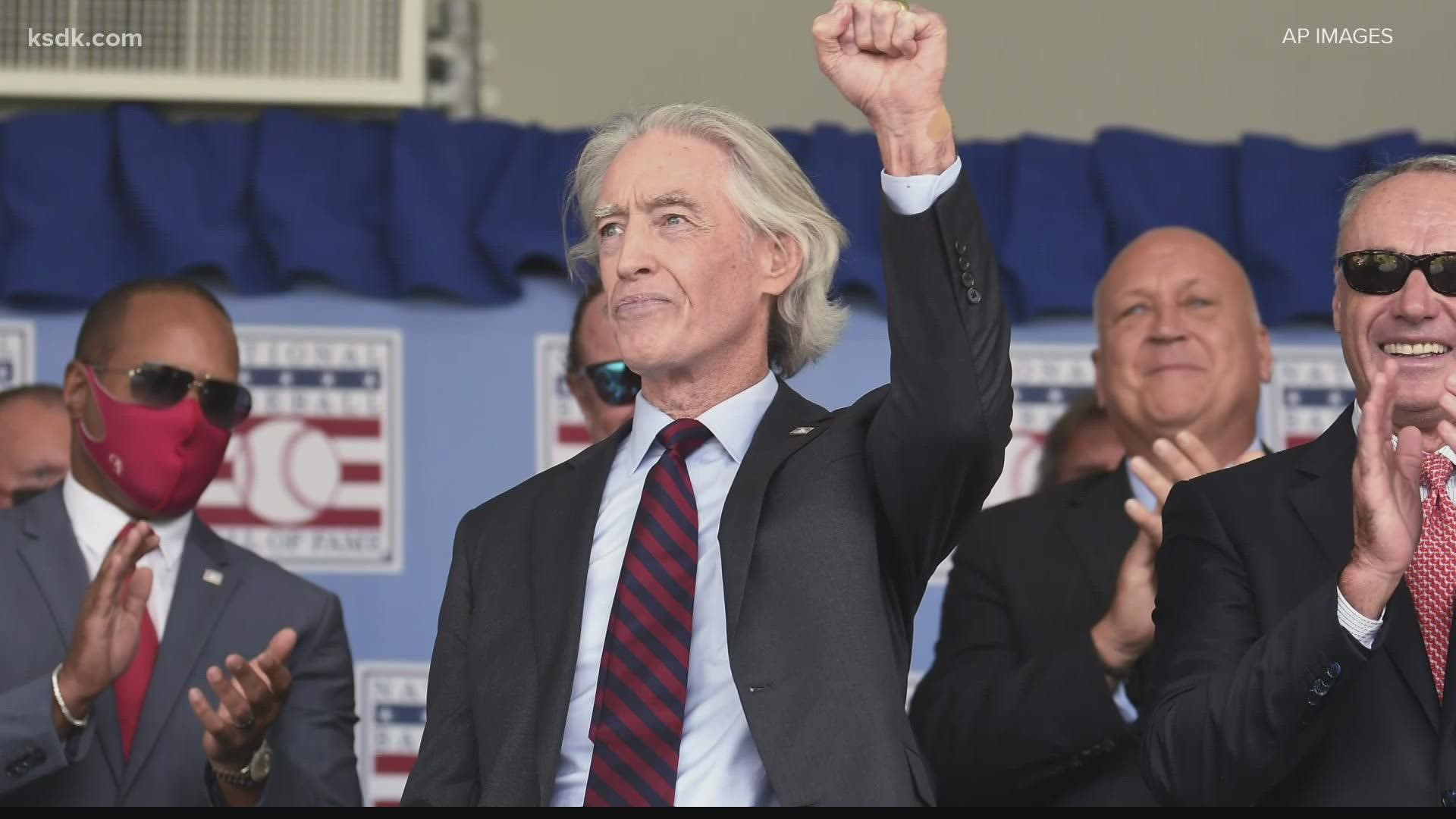 ST. LOUIS — During the years he was a pitcher in the Cardinals’ farm system, Ben Yokley would dream about the day he would get the chance to be at a game at Busch Stadium.

When Yokley finally made it there, however, he was wearing a different uniform – and he wasn’t on the field playing in the game.

Yokley is now a captain in the U.S. Air Force, and he was in that uniform on Saturday night as he helped facilitate the F16 flyover commemorating the 20th anniversary of the Sept. 11 terrorist attacks before the Cardinals’ game against the Reds.

“It was awesome,” Yokley said. “It kind of seemed like everything had come full circle. The Cardinals gave me that chance, and I got to come back and feel a little something for them. Then when everyone in the stadium started chanting, ‘USA, USA’ it was something that was pretty special to be a part of.”

Yokley, a right-handed pitcher, was selected in the 29th round of the 2015 draft, the first player ever drafted by a major-league team out of the Air Force Academy.

He was able to pitch in seven games that year at rookie level Johnson City while on summer leave, but then had to begin his active duty assignment that forced him to miss all of the 2016 and 2017 seasons.

In the spring of 2018, just as Yokley thought he would finally be able to pitch again, he had to undergo hip surgery.

Yokley returned before the end of that season and in 2019 made the All-Star team in the Class A Florida State League, but his baseball career came to an end in 2020.

“I got the phone call that no minor leaguer wants to get that January,” Yokley said. “Gary LaRocque (the Cardinals’ director of player development) said I was getting too old and that they had other options they wanted to pursue.”

Yokley actually signed to play for an independent league team, the Sioux City Explorers, last year, only to see their season canceled because of the pandemic.

By that time, Yokley, now 29, had received his orders to join the Colorado Air National Guard, on a full time basis, and he decided to move on and make the Air Force his career.

“I wouldn’t say there were any regrets,” Yokley said. “Maybe I could have done this or that a little different, but I’m pretty happy with where I am now. The Cardinals gave me that chance of a lifetime. I like to think I gave it everything I could. It just wasn’t quite enough, and I was a little too old. But it’s nothing I regret at all.”

With the Air Force, Yokley normally works in the intelligence unit as part of the 120th fighter squadron, He jumped at the chance to help out with the 9-11 flyover at Busch.

“I was planning on seeing my fiancé in Cincinnati,” Yokley said, “but when I was asked I said, ‘I can make it, I can make it.’ I was on the radio in the press box making sure the pilots were on time and everything.”

After the flyover, Yokley was able to relax and enjoy watching his first game at Busch. Among the current Cardinals he played with during his years in the minors were Paul DeJong, Ryan Helsley, Lars Nootbaar and Edmundo Sosa. He had hoped to be able to visit with some of his friends while in town, but tight Covid protocols made that impossible.

“Every time you watch, especially when you have guys on the field that you know, part of you is saying ‘Wow good for him, he made it,’” Yokley said. “And part of you is like, ‘How did I not get that chance?’ That’s what every athlete has to face at some point in their career.”

The fact that the flyover came on 9-11 did carry extra meaning for Yokley. He had just turned 9, growing up in Colorado, when the attacks occurred.

“On our way to school our bus driver wasn’t allowed to play the radio,” he said. “When we got to school all of the teachers were kind of frantic. Just about no classes were being taught. We were just sitting in the room wondering what was going on. They wouldn’t let us watch TV or listen to the radio.

“About noon the principal came on the intercom and said everyone was going to go home and we had no idea why.”

It was after Yokley got home that he learned from his parents what had happened.

“At 9 I didn’t totally understand it, but you saw how it was affecting your parents and you knew it was an important moment,” Yokley said. “Definitely as I grew up and matured I kind of learned what it meant, and how significant it was.”

Now, Yokley is part of a devoted team working daily to try to prevent something like that from ever happening again.

“It (what happened on 9-11) still has its role in our military,” Yokley said. “We want to take care of an issue if it does come up in the future.”