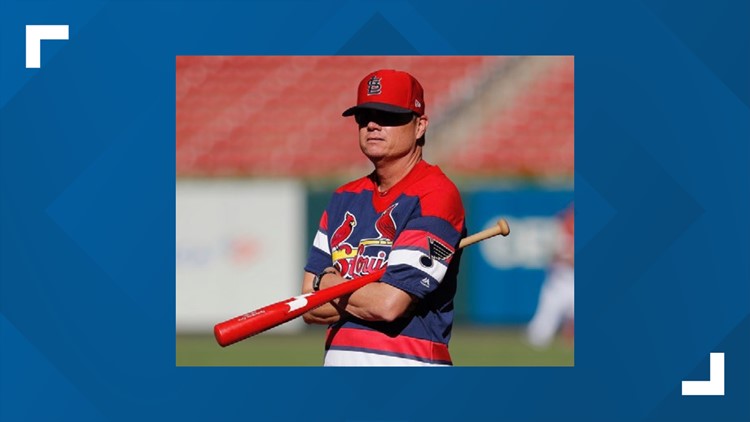 ST. LOUIS — They didn’t even wear them during the game, but the St. Louis Blues-inspired jerseys worn by the Cardinals last week caught the eyes of thousands of fans—and now, several lucky people will be able to own them.

Cardinals Care, the charitable foundation of the Redbirds, announced it’s auctioning off the Blues-themed batting practice jerseys. They were worn by the players and coaching staff on Friday, Sept. 13 ahead of the team’s Blues Theme Night.

The online auction is live now and continues through Thursday, Sept. 19 at 7:59 p.m. St. Louis time. Forty-six jerseys are available for bidders.

Proceeds from the auction will benefit Cardinals Care in their mission to help kids throughout the St. Louis area.

Those looking to bid on the rare jerseys—which you won’t find in the team store or online—can do so by visiting cardinals.com/community.

St. Louis Cardinals
These jerseys are AWESOME! Get one 👉 https://atmlb.com/31py7WM.

These are the jerseys available in the auction:

'It was really scary': Shildt, Martinez talk about breathing problems that sidelined closer

5 takeaways from the Cardinals' series loss to the Brewers