Marty VonBokel waits for his 2:45 at Lambert with a different ticket waiting for him at his destination. His friend scored tickets to the Cardinals-Dodgers matchup. 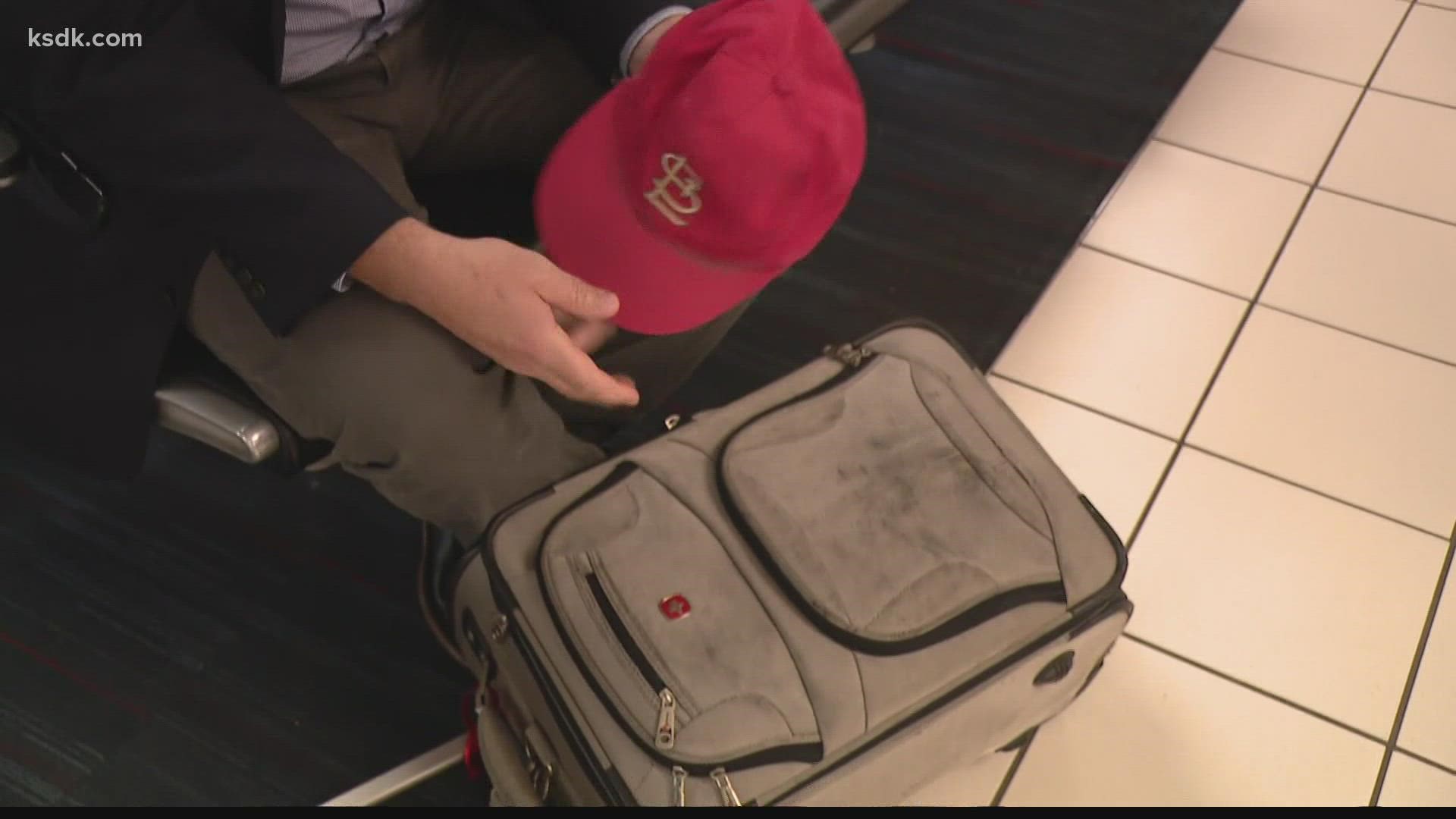 ST. LOUIS — Look at the departure list Tuesday morning inside St. Louis Lambert International Airport and you'll see several flights headed for LA. Onboard the 2:54 direct is Marty VonBokel with a different ticket waiting for him on the other side.

"Very excited. Very excited," VonBokel said the ticket to Wednesday's wild-card game against the Dodgers. "I got a call from my friend on Wednesday. He lives in LA, and he said he's got an extra ticket for me."

Michael Dains grew up a Cardinals fan and even has a team hat from the 80s (he thinks) packed in his carry-on, but after living in LA for thirty years he said  "I'm conflicted."

Dains said he's come to root for the Dodgers over the decades, but he still cheers for the Cardinals when they're in a World Series or facing off with his adopted home team. When it comes to Wednesday's matchup, it's kind of a win-win.

"Whatever happens is nice. Just beat the Giants. That's all," he said with a laugh.

The stakes are so high even non-sports fans -- like Jeremy Peterson -- said they expect to see a big Cardinals contingency when they land in LA.

"Well yes, my coworker is a huge fan so if he was here… In fact, we were talking about going to the game," Peterson -- who is traveling for work -- said.

Robyn Kestler and her husband won't make it to the game, but she's a lifelong fan, buying season tickets for decades.

"All my life," she said of her loyalty. "I used to listen to them with my grandfather outside, and I just love them. They are wonderful!"

Even though she'll be hundreds of miles from both St. Louis and LA, Kestler said she'll make an effort to tune in from her final destination.

Lambert leaders say the lights outside of terminal one often change different colors to celebrate different events. Tomorrow night, you can expect them to be Cardinals red.