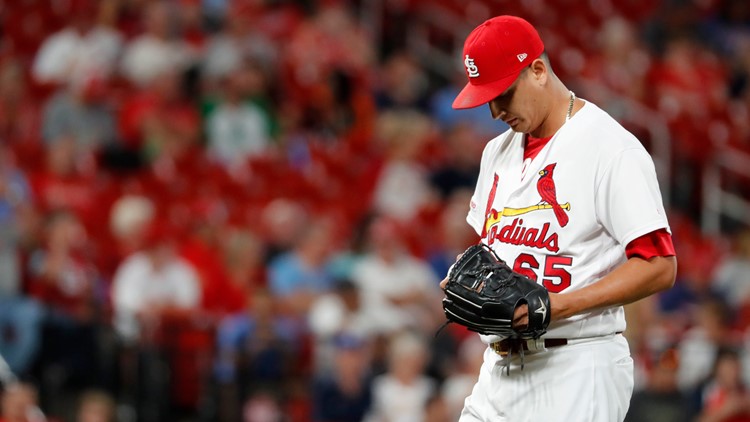 ST. LOUIS — For most of this season, Giovanny Gallegos has been one of the most reliable relievers on the Cardinals, and in the National League, especially when it comes to stranding inherited runners.

That hasn’t been the case lately, however.

For the second time in his last three appearances, Gallegos came in to pitch Wednesday night against the Giants with a runner on base and was greeted by a home run from Kevin Pillar which wiped out the Cardinals’ second comeback of the night and gave the win to the Giants.

Prior to his last three appearances, Gallegos had allowed only three of 38 inherited runners to score but he came in with the bases loaded in the first game of the doubleheader against the Reds on Saturday and allowed all three to score. In his next appearance on Monday, he also gave up a home run to the first hitter he faced.

The Cardinals had rallied from 4-0 and 7-4 deficits to take the 8-7 lead in the sixth. The loss cut their lead over the Cubs to 2 ½ games in the NL Central as the Cubs had Wednesday off. 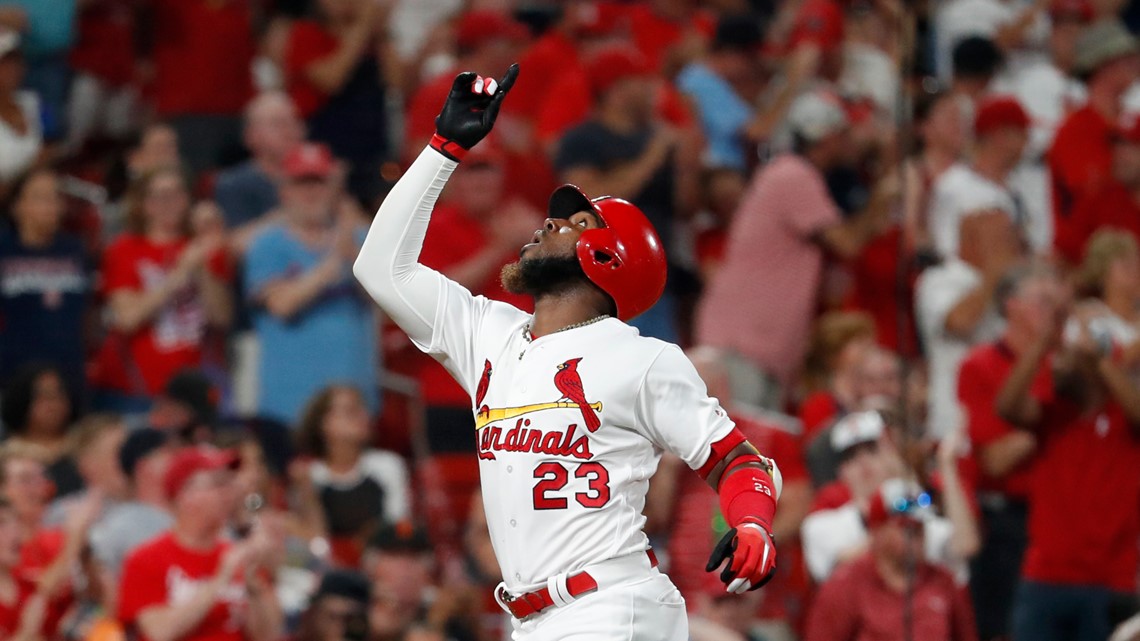 At the plate: Paul Goldschmidt had the two biggest hits for the Cardinals, getting his first triple of the season to drive in two runs and tie the game 4-4 in the fifth … In the sixth, he drove in two more runs with a double that put the Cardinals ahead 8-7 … Tommy Edman also had two big hits, a leadoff double in the third, scoring on a single by Dexter Fowler, and a triple in the sixth that scored Yadier Molina, who doubled to lead off the inning … That hit extended Molina’s hitting streak to 11 games … Paul DeJong hit his 25th homer, another blast into Big Mac Land … The Cardinals got the tying run to second base and the winning run to first in the ninth on back-to-back two-out walks before Harrison Bader struck out to end the game … It was the 22nd time this season the Cardinals scored eight or more runs. They had been 21-0 in those games before Wednesday night … They had 16 at-bats with runners in scoring position and stranded 19 runners.

On the mound: Michael Wacha started on just three days rest, knowing he would not pitch deep into the game and he worked just two innings. A parade of relievers began with Tyler Webb in the third, when the Giants built their 4-0 lead, the first of six relievers used by the Cardinals … An error by DeJong kept the sixth inning alive and Brandon Crawford’s three-run homer off Dominic Leone put the Giants ahead 7-4 … Gallegos relieved Andrew Miller with one out in the eighth and a runner on first before giving up the home run to Pillar.

Key stat: The loss was the first for the Cardinals bullpen since Aug. 7. Since that loss by Carlos Martinez against the Dodgers in Los Angeles, the bullpen had been 8-0 and had allowed only 20 earned runs in 77 2/3 innings.

Worth noting: The 4 hour, 5-minute game was the longest nine-inning game by the Cardinals in exactly a year. They played a 4:10 game against the Nationals in Washington on Sept. 4 of last year … Thanks to the expanded rosters in September, the Cardinals used 22 players in the game … The Johnson City Cardinals won the Appalachian League championship on Wednesday night, defeating the Burlington Royals to win the series two games to one. They were the only Cardinals’ affiliate to make the playoffs this season.

Looking ahead: Dakota Hudson will get the start in today’s 12:15 p.m. game that concludes the series and the homestand.

RELATED: Making the case for the Cardinals to re-sign Marcell Ozuna

RELATED: Did we just see Flaherty's best outing of 2019, so far?