Tommy Herr, John Tudor and Bill White will have to wait until 2021 to be enshrined into the Cardinals Hall of Fame 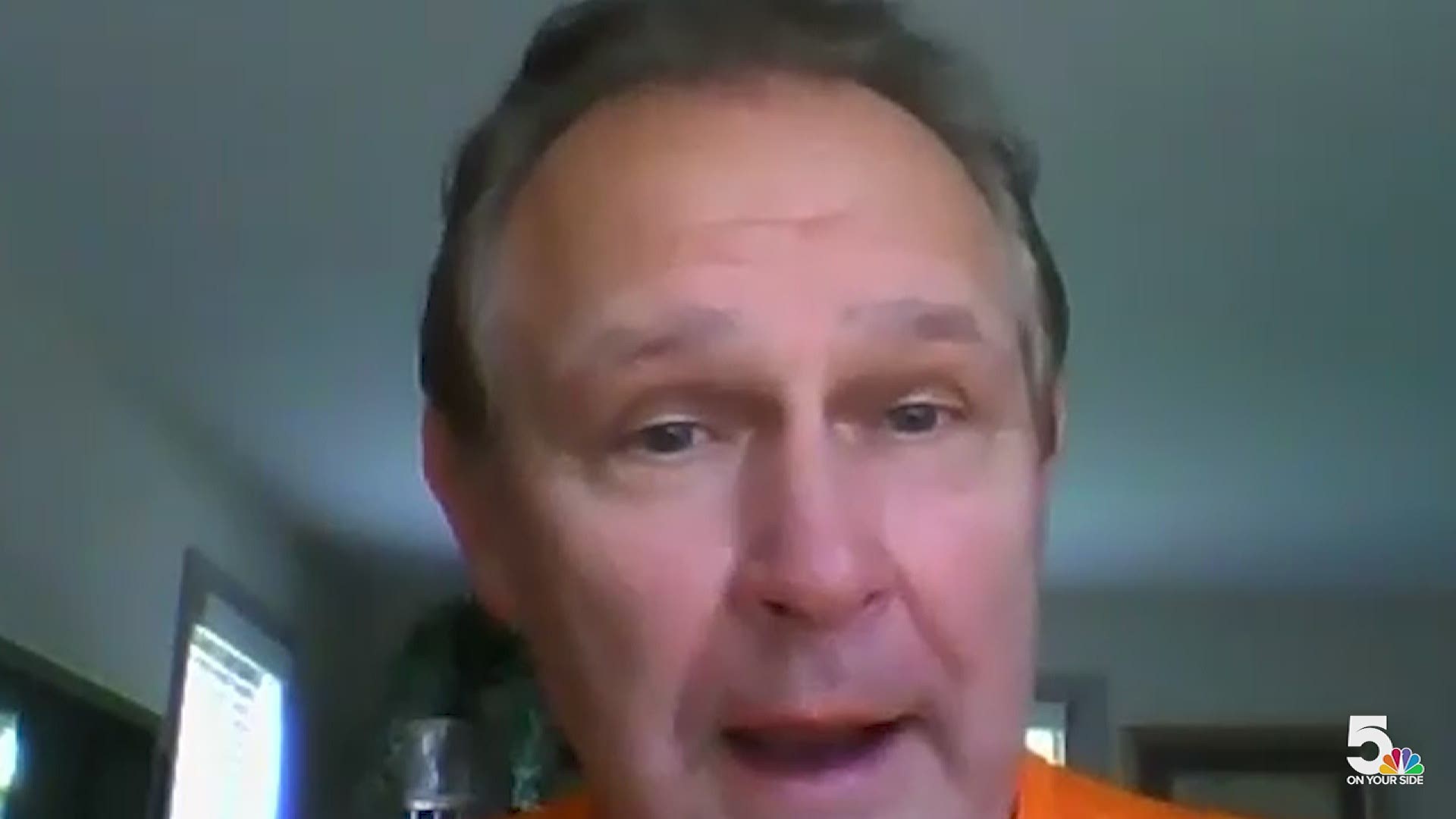 ST. LOUIS — The newest members selected for the St. Louis Cardinals Hall of Fame will have to wait one more year before getting their red jackets.

Tommy Herr, John Tudor and Bill White were set to enter the Cardinals Hall of Fame during the Cardinals 2020 season, but like many other events, the enshrinement ceremony was put on hold due to the coronavirus pandemic.

In a press release, the Cardinals said Herr, Tudor and White will head into the Cardinals hall of fame alongside the 2021 class at next year's event, which is scheduled for Aug. 21, 2021.

Tudor and Herr were elected by a fan vote, where 113,000 votes were cast over a nine-week voting period. Steve Carlton, Keith Hernandez, Matt Morris, Edgar Renteria and Lee Smith were also on the ballot.

White was elected by the hall of fame's Red Ribbon Committee composed of former Cardinals managers and local media members.

Credit: AP
Los Angeles Dodgers Mariano Duncan is forced out at second base by Tommy Herr of the St. Louis Cardinals, during Game 5 of the National League playoffs in St. Louis, Oct. 14, 1985. It was the first part of a double play with Pedro Guerrero out at first in the first inning. (AP Photo)

Herr is one of the most popular players in Cardinals history, and made his debut on the same night Lou Brock collected career hit number 3,000 in 1979.

White hit .298/.357/.472 with 1,241 hits, 209 doubles, 140 home runs and 870 RBI in 1,113 games with the Cardinals. While playing for the Cardinals, White worked part-time at KMOX, and eventually became the first African-American play-by-play broadcaster for a major league team in 1971. He later became the first African-American president of a major sports league, when he became the president of the National League in 1989.