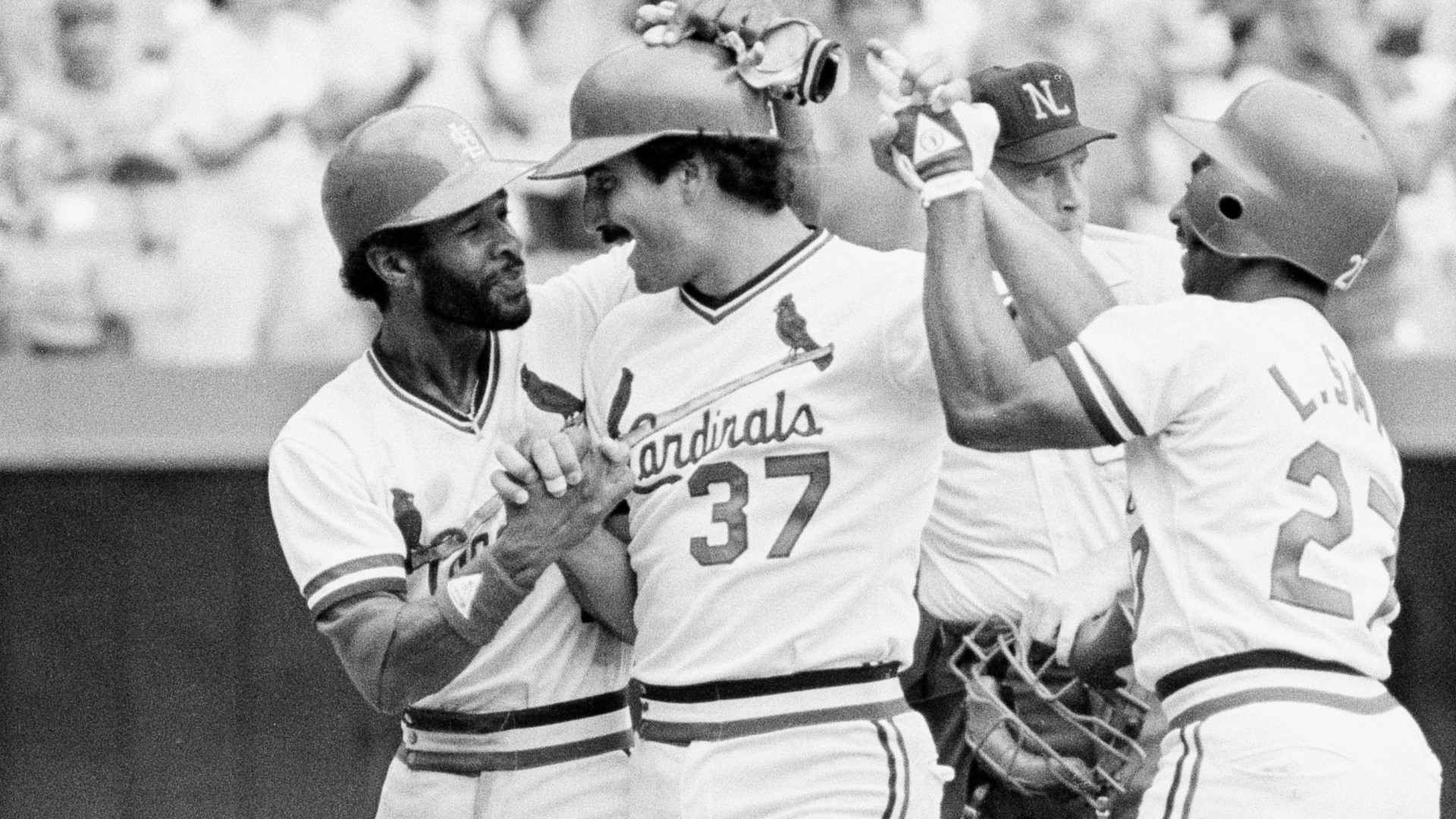 ST. LOUIS — Not even Paul DeJong’s magic against the Mets could help the Cardinals pull off a doubleheader sweep Wednesday night at Busch Stadium.

After his home run capped the Cardinals 4-1 win in the opener, the Cardinals saw their six-game winning streak snapped with a 7-2 loss in the second game. It was only the third loss for the Cardinals in their last 13 games.

The fact that DeJong hit a home run against the Mets, a two-run shot in the fifth inning, should not come as a surprise. He has been terrorizing the Mets since he broke into the major leagues.

The home run was the 10th of his career in his 22nd game against the Mets. The only two players with as many or more homers against the Mets in their first 22 games were Mark McGwire (11) and Hank Aaron (10).

It’s the second highest total for DeJong against any opponent, trailing only the Reds, and his 16 homers against Cincinnati have come in 62 games.

DeJong made a bid to add to his total in the first inning of the second game, but his drive was caught on the warning track in left, a couple feet shy of the wall, stranding two runners.

He did get a single in his final at-bat in the seventh, extending his hitting streak against the Mets to nine games. For his career, DeJong is now hitting .366 over the 23 games (34-of-93) with 11 doubles, 10 homers and 17 RBIs.

“It’s one of those things, I guess everybody owns somebody in this league,” DeJong said. “I just want to do well for my team. I don’t have any extra motivation and want to contribute every single time I go out there no matter who it’s against. It just has kind of worked out.”

Here is how Wednesday night’s games broke down:

At the plate: Five of the Cardinals' six runs in the two games scored with two outs. In the first game, Paul Goldschmidt homered with two outs in the first, consecutive two-out singles by Dylan Carlson, Goldschmidt and Nolan Arenado produced a run in the third before Arenado reached on an error and scored on DeJong’s homer in the fifth … Tommy Edman doubled in the sixth and had a pair of singles in the second game. He has reached base by either a hit or walk in 30 of the Cardinals' 31 games … The first run in the second game scored on a two-out pinch-hit single by Carlson in the fourth … Ali Sanchez made his first start for the Cardinals behind the plate and got his first hit, a double, in the second but was thrown out trying to score on a single by Johan Oviedo, his first career hit. The hit snapped an 0-of-21 streak by Cardinals pitchers … Harrison Bader doubled and scored on a pinch-hit single by Justin Williams in the sixth for the Cardinals' final run.

On the mound: Kwang Hyun Kim and three relievers held the Mets to just two hits in the first game, with New York’s only run scoring on a groundout. Kim pitched four innings, followed by Ryan Helsley, Giovanny Gallegos and Alex Reyes, with Reyes improving to 9-of-9 in save opportunities with a 1-2-3 seventh inning. The last Cardinals closer with nine or more saves in the first 30 games of the season without allowing a run was Trevor Rosenthal in 2015 … Oviedo was not as successful in game two as he allowed a pair of home runs and threw a run-scoring wild pitch in his four innings of work … The Mets added two runs off Tyler Webb and Seth Elledge in the fifth, with Elledge allowing two runners he inherited from Webb to score.

Key stat: The home run by DeJong was his first of the season at home and his first at Busch Stadium since July 24, 2020, a span of 35 games and 118 at-bats. It was only his seventh hit in 47 at-bats at home this season.

Worth noting: The Cardinals announced that Keith Hernandez has been elected to the team’s Hall of Fame. He will be inducted into the hall on Aug. 21 in a ceremony that will include the three players elected in 2020, when the ceremony was canceled because of the pandemic. Those three were Bill White, John Tudor and Tom Herr … Miles Mikolas, who missed all of last season because of flexor tendon surgery, made his first rehab start at Triple A Memphis on Wednesday night. After giving up a home run to the leadoff batter in the first inning, Mikolas allowed four more hits before he came out of the game after 2 1/3 innings. One of the hits was an RBI double by Wander Franco of Durham, ranked as the No. 1 prospect in the minors. Mikolas threw 57 pitches, 39 for strikes, walked one and struck out three … The doubleheader was the first between the Cardinals and Mets in St. Louis since June 28, 1983 … Lefthanded pitcher Bernardo Flores Jr. was recalled from Memphis to be the 27th man for the doubleheader and he came in to pitch the final inning of the night but failed to retire any of the three hitters he faced, walking two.

Looking ahead: The Cardinals will send John Gant to the mound in the 12:15 p.m. game Thursday that will wrap up the four-game series.