It was a game to remember for Dylan Carlson... and one Harrison Bader certainly wants to forget 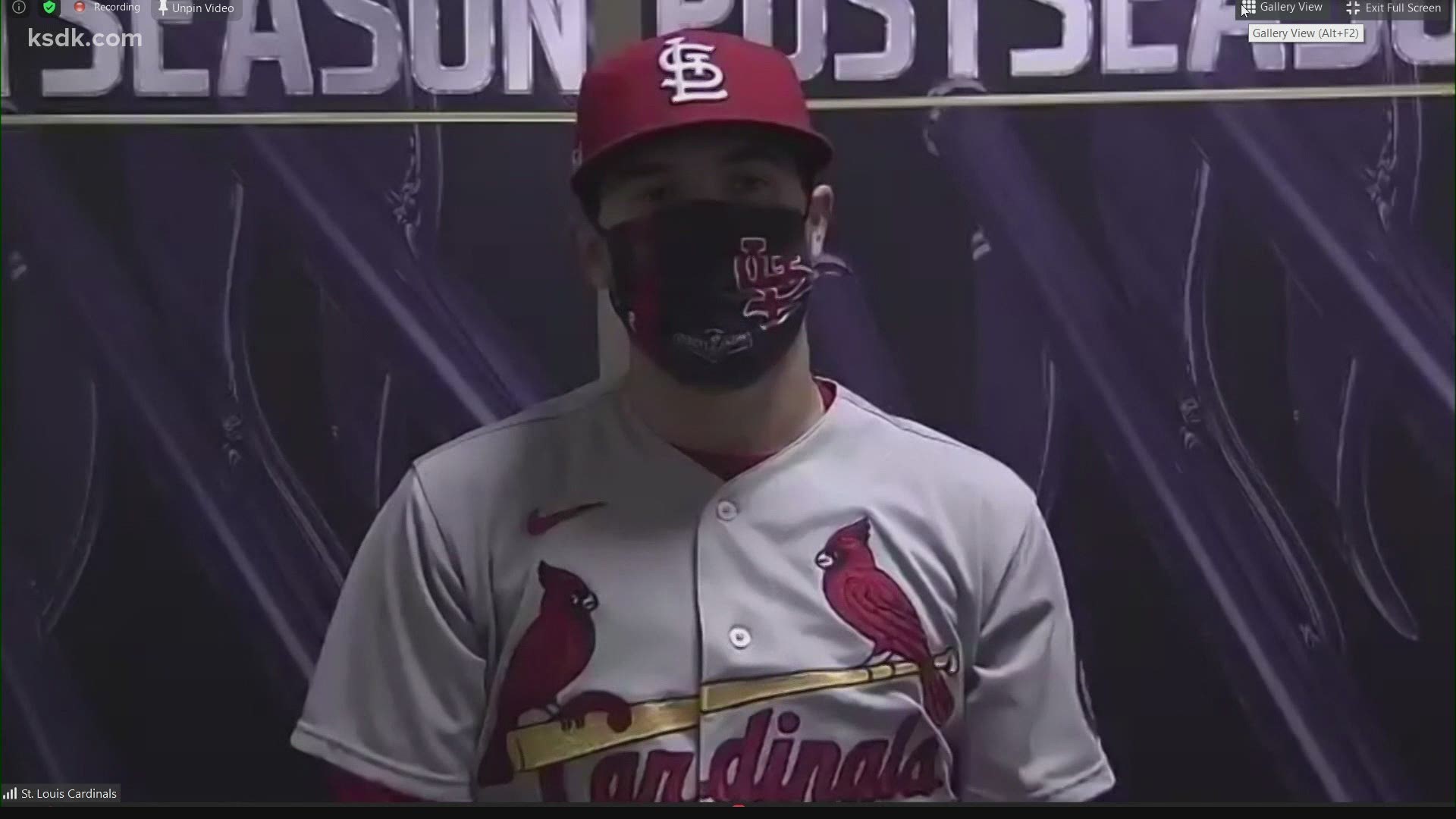 SAN DIEGO — Dylan Carlson and Harrison Bader had vastly different days on Wednesday. The Cardinals got the win in Game 1, but for two of their outfielders, there was also some history involved.

In Game 1, Carlson had two hits with two walks, two runs and a stolen base. 15 players in postseason history have done that. Carlson, at 21, is the youngest.

Carlson is also only the third cleanup hitter 21 years old or younger to reach base four times or more in a postseason game. The other two are Stan Musial and Ty Cobb. Not bad company.

Oh yeah, he also had a diving catch in left field.

Dylan Carlson is the youngest one to do it. pic.twitter.com/R2KCfX6ttk

Now, let's look at the other side of the coin.

Center fielder Harrison Bader struck out five times in Game 1 against the Padres. That ties an all-time postseason record.

Bader joins George Pipgras in 1932 and Reggie Sanders in 1995 as one of just three players in recorded baseball history to strike out five times in a playoff game.

Bader did make a leaping catch in the outfield to end the game with a win for the Cardinals.

Both players are in the lineup for Game 2 in San Diego.