Pitchers and catchers report on Wednesday and the 2021 Cardinals season is officially off and running. Here are some under-the-radar names to watch in camp 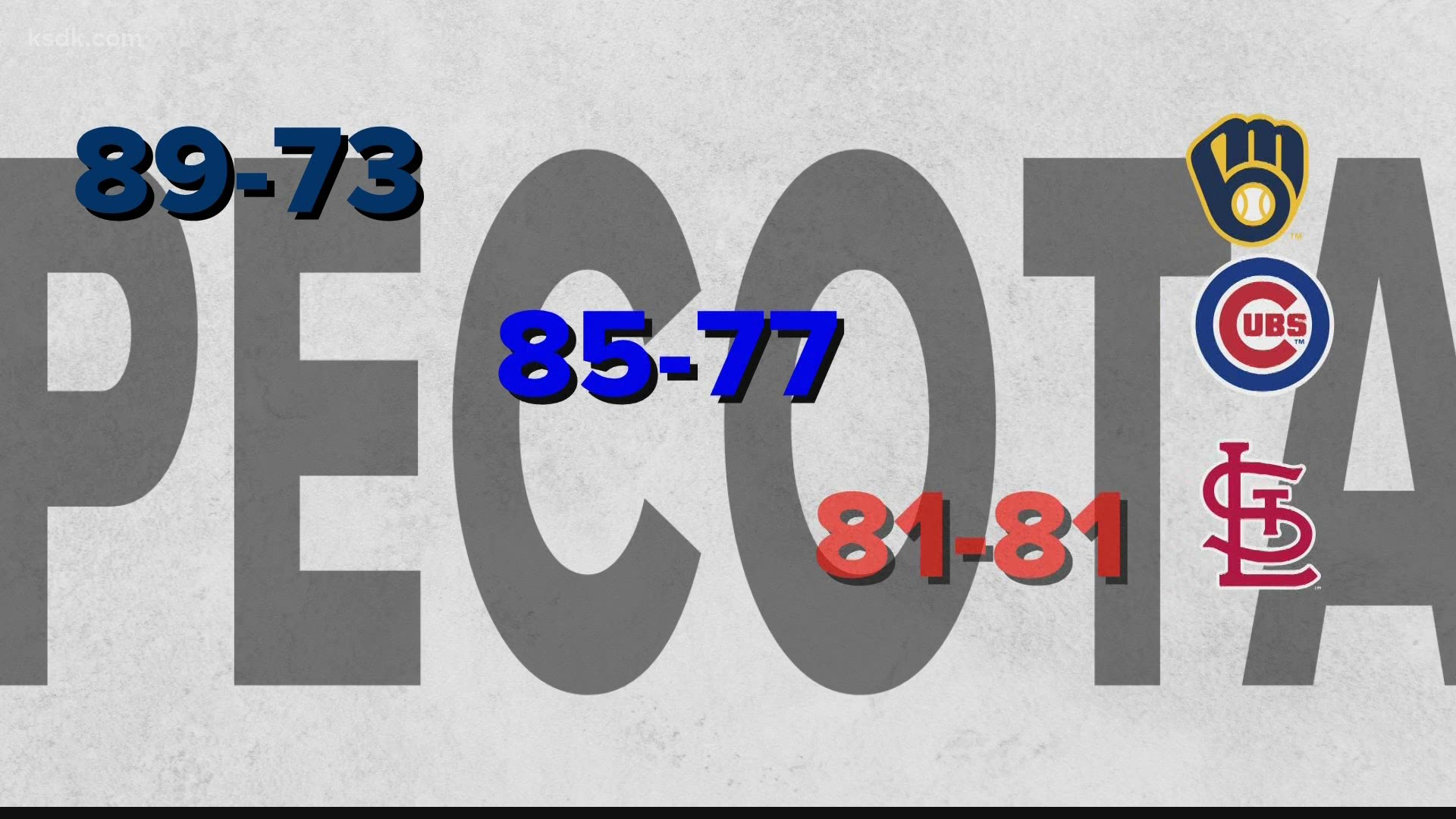 JUPITER, Fla. — That magical time is here once again, Cardinals fans. The team has flocked to Florida for Spring Training in advance of the 2021 season.

This year's St. Louis squad has a lot of excitement and a lot of questions.

We know what we're going to get from mainstays like Yadier Molina, Adam Wainwright and Paul Goldschmidt. And new addition Nolan Arenado is no doubt going to make a strong first impression as well.

But what about some of the other names in Cardinals camp?

Here are a few intriguing players flying a bit under-the-radar this spring training, who could end up making a big impact on the big league club.

The hardest thrower in baseball is back.

We haven't seen Hicks on the field since 2019. Since then he's had Tommy John surgery, and opted to sit out the 2020 season to continue his rehab and put his health first. Hicks is diabetic, and was considered a "high-risk" player in last year's pandemic-shortened season.

Now he's back and could be one of the biggest difference-makers on this year's team.

Hicks is still just 24, so the little taste of him we've got so far was just that: a taste.

Hicks will likely work his way back into the closer role he had assumed before his injury, and his performance in Spring Training will showcase if he's fully back to the flamethrower we've become accustomed to.

We've been waiting for his breakout for years and got at least a taste of it in 2020.

Reyes was downright filthy at times for the Cardinals last season and ended up being one of the team's most counted upon relievers down the stretch. In 11.1 September innings, Reyes allowed three runs and struck out 16 batters.

It has been a long road, but this could be a hugely important year for Reyes.

He may have an outside shot at cracking the rotation, but he'll likely settle back into a high-profile bullpen role and continue to build his repertoire and gain experience in the big leagues.

The sky remains the limit for Reyes. If he shows up in camp and flat-out pitches his way into the rotation, he could be there for a long time.

These next two guys haven't gotten the headlines when it comes to outfielders, but they could be next up if the first batch of guys miss the mark.

There's little doubt Harrison Bader, Tyler O'Neill and Dylan Carlson will get the first cracks at starting in the outfield with Dexter Fowler gone. But who comes next if injury, or ineffectiveness should come calling?

Justin Williams was the big name to come to the Cardinals from the Rays in the Tommy Pham trade that also landed Genesis Cabrera and Roel Ramirez. At the time, Williams was the No. 14 ranked prospect in Tampa's system.

He hasn't really gotten a chance as a Cardinal yet, getting just five at-bats in 2020.

But if he hits and makes an impression in spring, there should be a real shot for him to crack the opening day roster behind those three probable starters and either slot in behind or supersede the next guy in this story.

Williams is a left-handed bat, which the Cardinals are pretty thin on. Carlson and Tommy Edman are switch-hitters, and Matt Carpenter is the only true left-handed hitter on the roster.

If he hits in spring, and the Cardinals want a lefty off the bench to pinch-hit, Williams could get his chance.

He hit just .111/.200./.250 in 36 at-bats at the big league level, after previously looking like he may have been primed to overtake Bader or O'Neill for time in the outfield.

He was one of the players who tested positive for COVID-19, and never got around to having that breakout year many thought he might have.

Dexter Fowler is gone, so that's one less hurdle to clear for playing time. There's nothing stopping Thomas from picking up where left off after getting injured in 2019.

Here's a kid who still likely won't see a big-league mound in 2021, but is always worth keeping an eye on.

Cardinals fans certainly know Liberatore well by now, after spending an entire October wondering "Who did we get for shipping playoff hero Randy Arozarena to the Rays?"

Liberatore has never pitched above A-ball and spent all of 2020 at the Cardinals' alternate training site in Springfield. But the stuff, and fact he's a lefty could put him on the fast track to the big leagues.

He's the No. 3 prospect in the Cardinals' organization and No. 6 ranked left-handed pitching prospect in all of baseball for a reason. Any spring appearances he gets should be must-see TV as we try to determine just how far away Liberatore is from cracking the Major League roster.

Cardinals fans know this name well by now, too.

Gorman's prodigious power has been enticing fans since the team drafted him out of an Arizona high school with the 19th overall pick in the 2018 MLB Draft.

The interesting thing about Gorman this year is the addition of another third baseman named Nolan.

The Cardinals plan on Nolan Arenado sticking around for quite a while, and if Arenado's here, he's not leaving third base. A generational defender, the hot corner at Busch Stadium is Arenado's until he decides otherwise.

So, what does that do for the Cardinals' "other" Nolan?

The team has made it clear they want to hold onto Gorman, and haven't entertained the thought of sending him elsewhere. He's still a few years away from sniffing the Majors, but if he wants to do it in St. Louis, he may have to start learning a new position.

Do the Cardinals try him at second base this spring? In the outfield? At first base? Goldschmidt is signed for three more years, but do you try a little bit of everywhere with Gorman?

It should be fascinating to see how the Cardinals attempt to rework their prospect to fit into their new infield plans.

Listen, at this point if you know what kind of Carlos Martinez we're going to get in 2021 please let me know, because I have no idea.

He's still a Cardinal, so perhaps that's telling in itself. I'm sure if the organization was dead set on getting rid of him he'd have a new home by now.

He's a free agent after 2021, so this could be it for his time as a Cardinal.

What do you ask him to do this year? Take a shot on him as the fifth starter? Keep him in the bullpen for mop-up duty? Give him a more high-leverage, late-inning role? I have no idea.

He was pretty impressive in the recent Caribbean series for the Dominican Republic team, but can that momentum carry into 2021 with the Cardinals?

Your guess is as good as mine.