“We want to try to find out if we will have the ability to bring them back,” Mozeliak said. “Those discussions are ongoing" 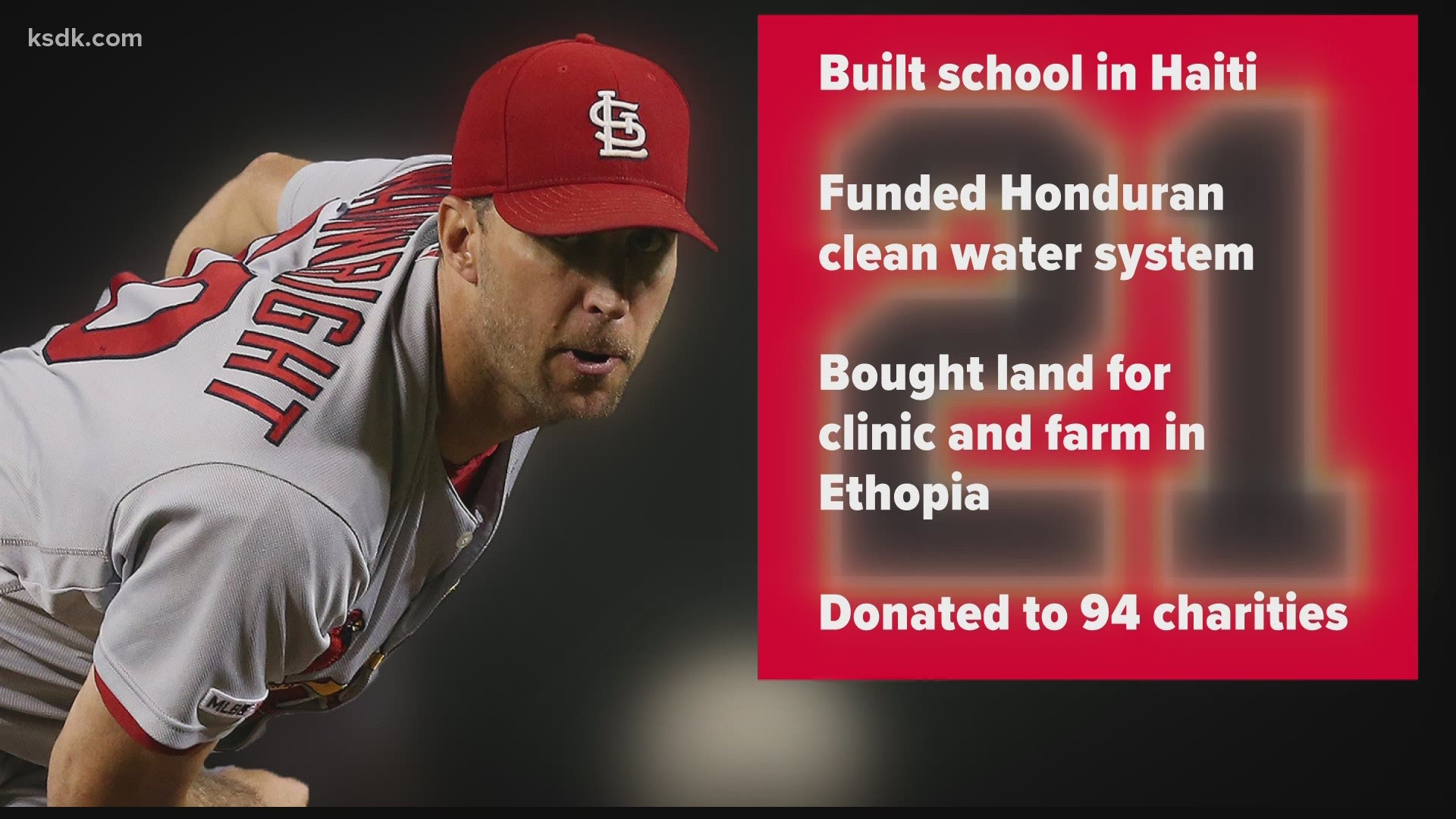 ST. LOUIS — It’s been 42 days since Yadier Molina and Adam Wainwright became free agents, and Wednesday passed the same way as the first 41 of those days for John Mozeliak, the Cardinals president of baseball operations.

Mozeliak is still waiting for both to decide if they want to return to the only team they have played for, or move on to another organization. When those decisions will be made is something he can’t predict.

During a nearly hour-long zoom session with the media on Wednesday, Mozeliak did not sound as if he thought those decisions were imminent.

The delay, of course, is in part due to the uncertainty the ongoing pandemic has placed on teams who still don’t have a final resolution on some of the rules for the 2021 season and have no idea whether they will be allowed to have fans in the stands, or how many. Those decisions have a major impact on a team’s revenue streams, which help dictate their payroll and budget.

The word Mozeliak used more than once on Wednesday was “patience.”

“This month historically in baseball has been where teams are really ramping up, you’re starting to see clubs really finalize what they think their team is going to look like. I really think January is going to be the new December,” Mozeliak said on what would have been the next-to-last day of the winter meetings in a normal year.

“Part of that is just because of the uncertainty that still exists in the game. … You guys have heard me say this many times and I know it’s not necessarily what you want to hear, but patience is going to be required. That’s how we are going to approach it.”

Mozeliak said he is having “ongoing” discussions with the agents for both Molina and Wainwright.

“We want to try to find out if we will have the ability to bring them back,” he said. “Those discussions are ongoing. At some point depending on the outcome of that, we’re going to have to pivot to other directions.

“We’ve had very open discussions (about Molina and Wainwright). The pace of these, I think everybody understands, is not the normal December. I don’t feel like there’s any unnecessary pressure to sort of do something today. I’m going to remind myself and everyone that I work with that being patient is probably the best strategy we can have right now.”

Mozeliak said he had “an idea” of what the Cardinals 2021 payroll will look like, “but we don’t have a hard number.” He did say the payroll is expected to be less than it would have been if 2020 had been a full season.

“At this point I don’t feel like in any way our hands are tied,” Mozeliak said.

Molina has been quoted as saying he would like to play for two more years. Wainwright likely would come back on a one-year agreement, as he has done the last couple of years.

“Certainly having clarity on them would be helpful,” Mozeliak said.

Mozeliak also said he is hoping some of the rules for 2021 will be finalized soon, including whether the National League will use the designated hitter, and if the roster will be set at 26 players, both of which will affect roster construction.

“Knowing what the rules will be would be helpful,” he said. “When you think about the DH in general, in terms of our team, it seems like a good place to start to try to get more offense. In regards to having clarity on that, sooner rather than later would be helpful. I am not sure when we are going to get that answer. Agaim, remain patient.” 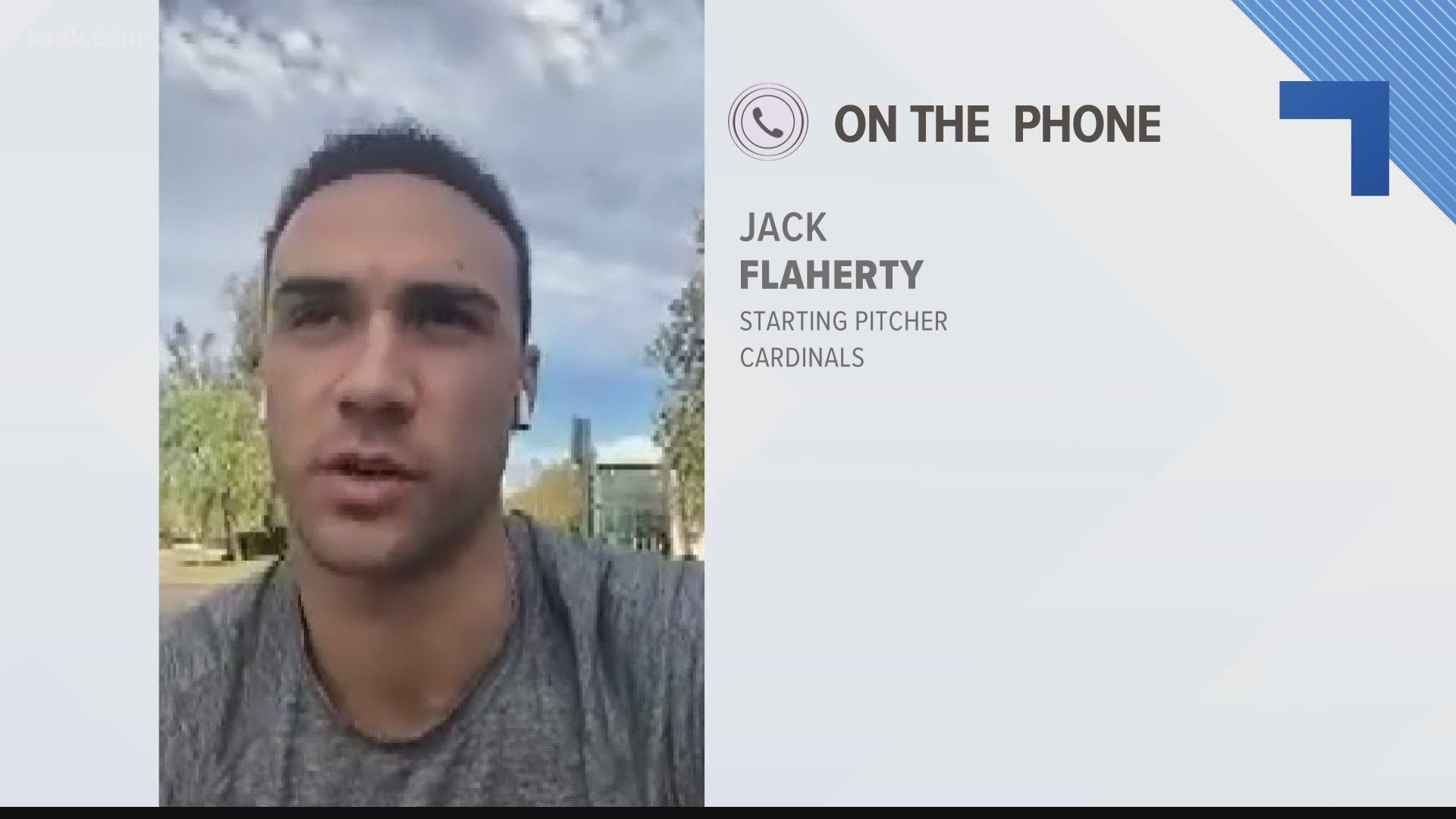 Other Cardinals news and notes:

* The changes in minor-league affiliations for 2021 and beyond were announced by Major League Baseball on Wednesday, but as expected, didn’t affect the Cardinals much. Memphis and Springfield will still be the Triple A and Double A affiliates, while the previously reported switch will make Peoria the high A club and Palm Beach the low A team.

With the elimination of many of the short-season leagues, it already had been reported that the Cardinals were losing their teams in State College, Pa., and Johnson City, Tenn. The only short-season teams will be complex-based clubs, like the Cardinals entry in the Gulf Coast League.

Switching the levels of the Midwest League and Florida State League teams will make it easier for players at the complex leagues to go back and forth to the low A teams, requiring far less travel.

* The Rule 5 draft, always one of the final events of the winter meetings, will take place virtually on Thursday. There is both a major-league and minor-league portion of the draft. With the roster currently at 37 players the Cardinals will have the option of claiming a player in the major-league draft.

The top-rated prospect in the organization that the Cardinals could lose in the draft is catcher Julio Rodriguez, who they left off the 40-man roster.

* Mozeliak also said Wednesday he did not expect the organization will hold any form of instructional league camp in January, as normal, because of the pandemic.