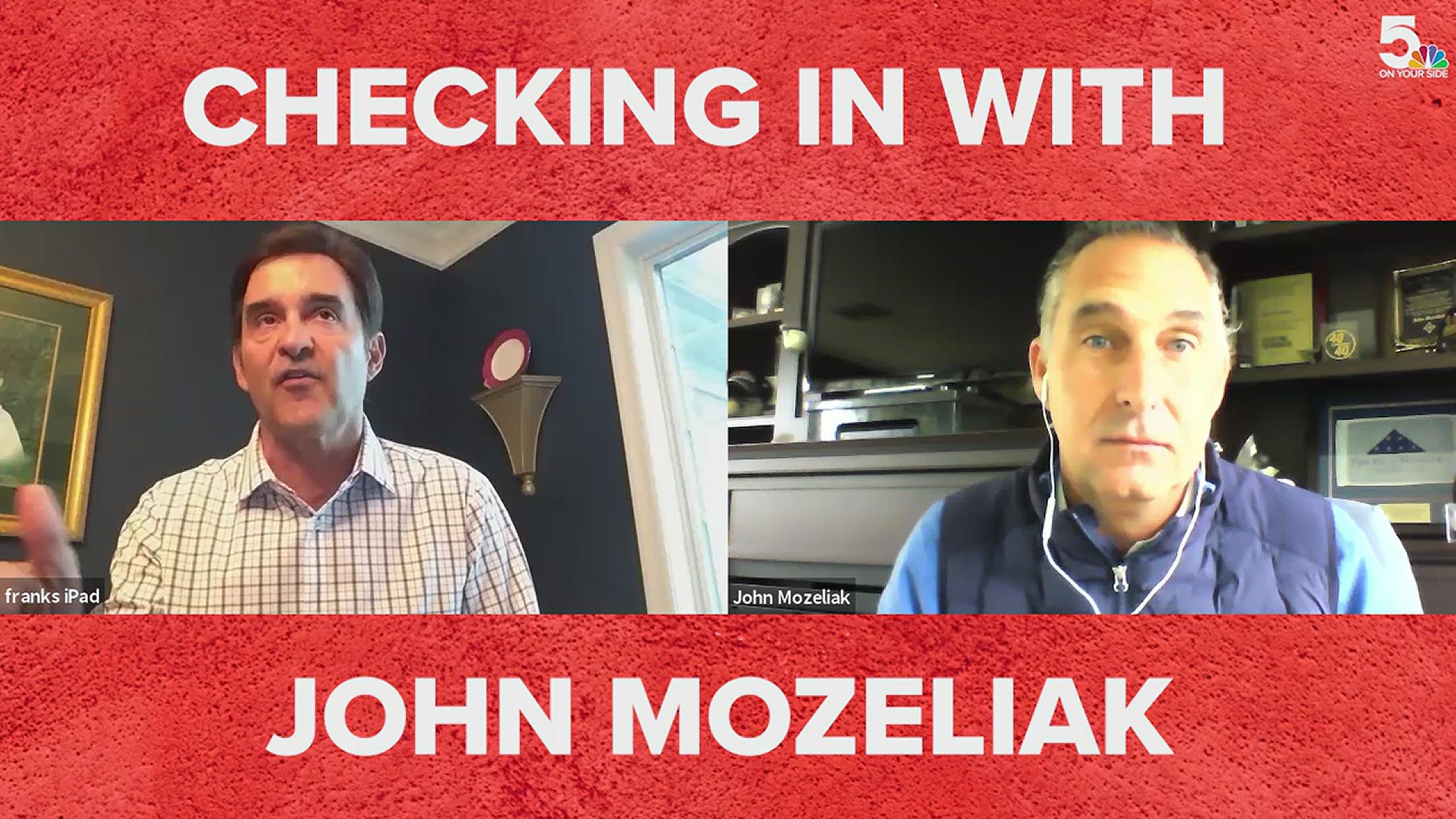 ST. LOUIS — It seems like every week we hear a new supposed plan for Major League Baseball to resume operations after the COVID-19 pandemic shut the league down back at the end of spring training.

Everyone is missing the game. From the front offices and players, to the fans and stadium workers.

5 On Your Side sports director Frank Cusumano checked in with Cardinals President of Baseball Operations John Mozeliak this week to get his take on what baseball might look like when it does come back.

"I think the very first thing that everybody has to realize... is you have to get past the medical and health issues. And if you can do that, you can really try to focus on what some type of baseball may look like," Mozeliak said.

The most recent idea being rumored around divides the league into three divisions of intermixed National and American league teams, playing in their home cities with a prospective start date of early July.

"The hope is that we are playing Major League Baseball this year. The hope is that it might be in home cities. But there are a lot of hurdles to get over before we can get to that point. Right now there's a lot of optimism that there will be some kind of baseball," Mozeliak said. "And regardless of exactly what that looks like today, I think the best strategy is to be open minded and accept that there might be some change from what's considered normal."

Mozeliak said he thought it was "hard to imagine" fans being in attendance for games with social distancing still at the top of mind, but that there is a lot of time left for things to develop.

"There's still a lot of summer left. So the opportunity to perhaps gradually get to a point where fans get to see the game would be something that everyone would welcome. But it's hard to say on April 29 that that may or may not happen," Mozeliak said.

Regardless of where games are played and who gets to see them in person, it looks for certain we won't get a full 162-game schedule in 2020. When it comes to awarding a champion in the playoffs, though, Mozeliak said fewer games wouldn't diminish the integrity of the season.

"I think an 81-game season would be representative enough. I think right now the world, our country is looking for some form of optimism. So, just doing something is better than nothing," Mozeliak said.

The Cardinals' president also said in order to have enough players on a roster in the most recent scenario, teams would almost certainly need to implement either expanded rosters or some sort of taxi squad.

While "Mo" might be missing baseball like the rest of us, he is embracing some valuable family time at home.

"I've had 47 straight dinners at home, which has never happened in my adult life. And having a daughter who's a senior-to-be in college and freshman in high school son, it's kind of been fun to hang out with them. So, there are some positives," Mozeliak said.

And it's not just the kids. Mozeliak's dog even managed to make a cameo in his interview, stopping by to say "hi" at the very end. 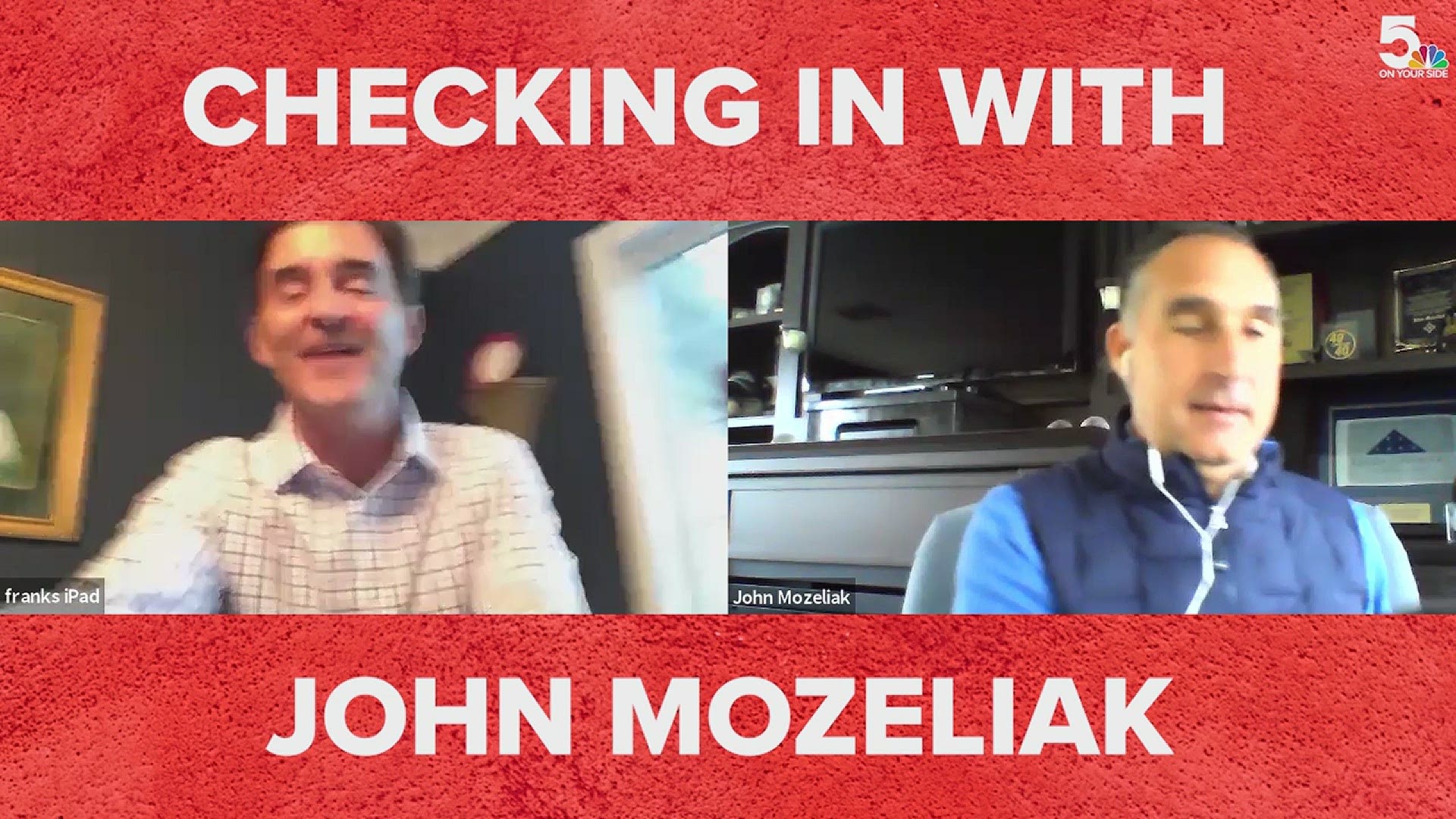 Mozeliak also talked about Ted Simmons' Hall of Fame delay and Yadier Molina's contract comments. You can watch the full interview in the player at the top of this story.