Pictures and video began circulating Monday of Martinez not following COVID-19 protocols in the Dominican Republic. The Cardinals say he was never arrested 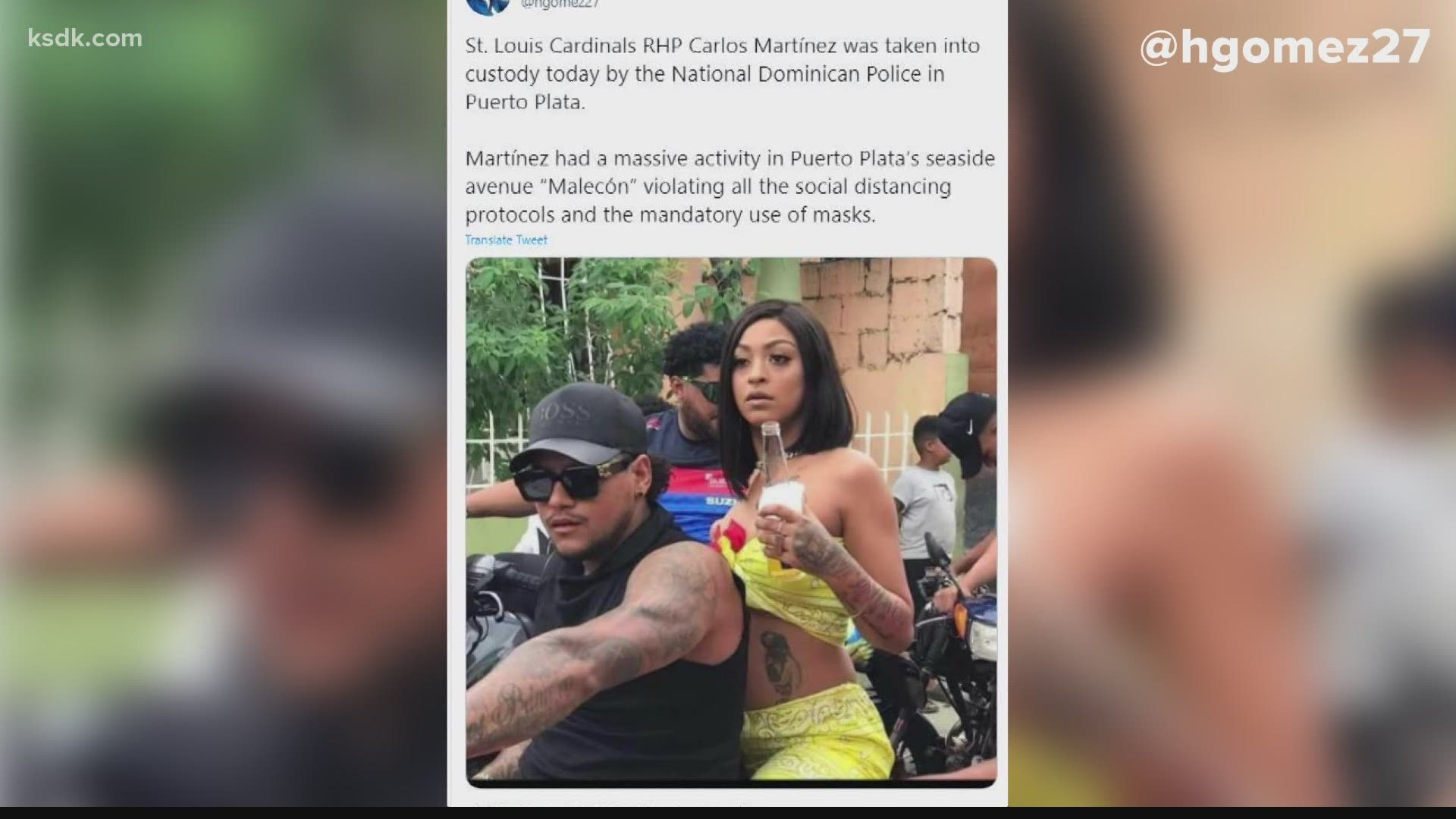 On Monday, pictures and videos began to surface on social media of Martinez participating in a large gathering in the city of Puerto Plata, in the Dominican Republic where he was not complying with the country's COVID-19 protocols which included social distancing and wearing masks.

MLB insider Hector Gomez said on Twitter that Martinez had been taken into custody by Dominican police for violating these rules.

The Cardinals have responded in a statement saying it is their understanding that Martinez was never arrested, and there are no pending legal charges against him.

Martínez had a massive activity in Puerto Plata’s seaside avenue “Malecón” violating all the social distancing protocols and the mandatory use of masks. pic.twitter.com/m1MdClkt4r

"The St. Louis Cardinals were informed earlier today that Carlos Martínez had participated in a public gathering event this past weekend in Puerto Plata, Dominican Republic.

We are currently gathering details from this event, but it is our understanding that Carlos was not arrested nor are there any pending legal charges against him.

Certainly, we would not condone anyone from our organization knowingly violating community laws or health regulations."

On Monday evening, Martinez tweeted his own statement, an apology for his actions.

Martinez tested positive for COVID-19 during the regular season and missed time with the club.

He had previously posted on Instagram a picture of him in the hospital with an IV while he was fighting the virus.