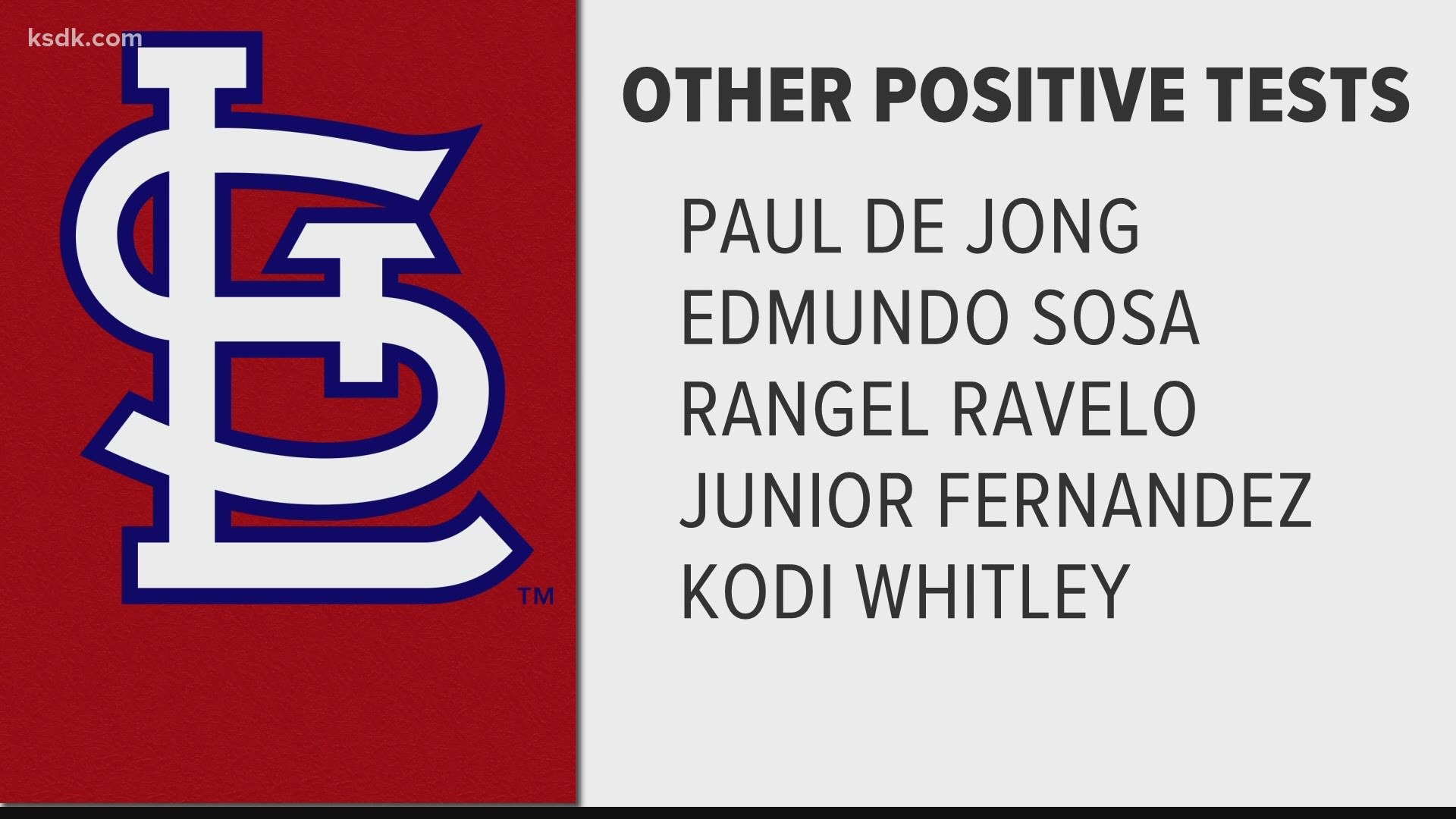 ST. LOUIS — The Cardinals have made some more roster moves as the team deals with seven COVID-19 cases among players.

On Wednesday, the Cardinals recalled pitchers Alex Reyes and Genesis Cabrera from the alternative training site, and purchased the contracts of infielder Max Schrock and pitcher Roel Ramirez.

Reyes and Cabrera had both previously tested positive at the start of the summer, and been cleared to return to action.

Infielder Rangel Ravelo, who was one of the players to publicly release his positive test result, has been moved to the Injured List.

Catcher Jose Godoy will be added to the Major League Taxi Squad. Schrock was on that taxi squad before being officially added to the team.

On Tuesday, the Cardinals released the names of six of the seven players who tested positive for COVID-19, and placed seven players on the Injured List.

Yadier Molina, Paul DeJong, Junior Fernandez, Edmundo Sosa, Kodi Whitley along with Ravelo were those whose names were released as testing positive. They are all on the IL.

The Cardinals traveled home to St Louis on Wednesday after spending five days in quarantine in a Milwaukee hotel awaiting test results.

The team postponed series against the Brewers and Tigers and are scheduled to resume play against the Cubs at home on Firday. They are practicing at Busch Stadium on Wednesday and Thursday.

We have added four players from our Alternate Training Site:

INF Rangel Ravelo was placed on the Injured List. pic.twitter.com/3CDtqMex9w