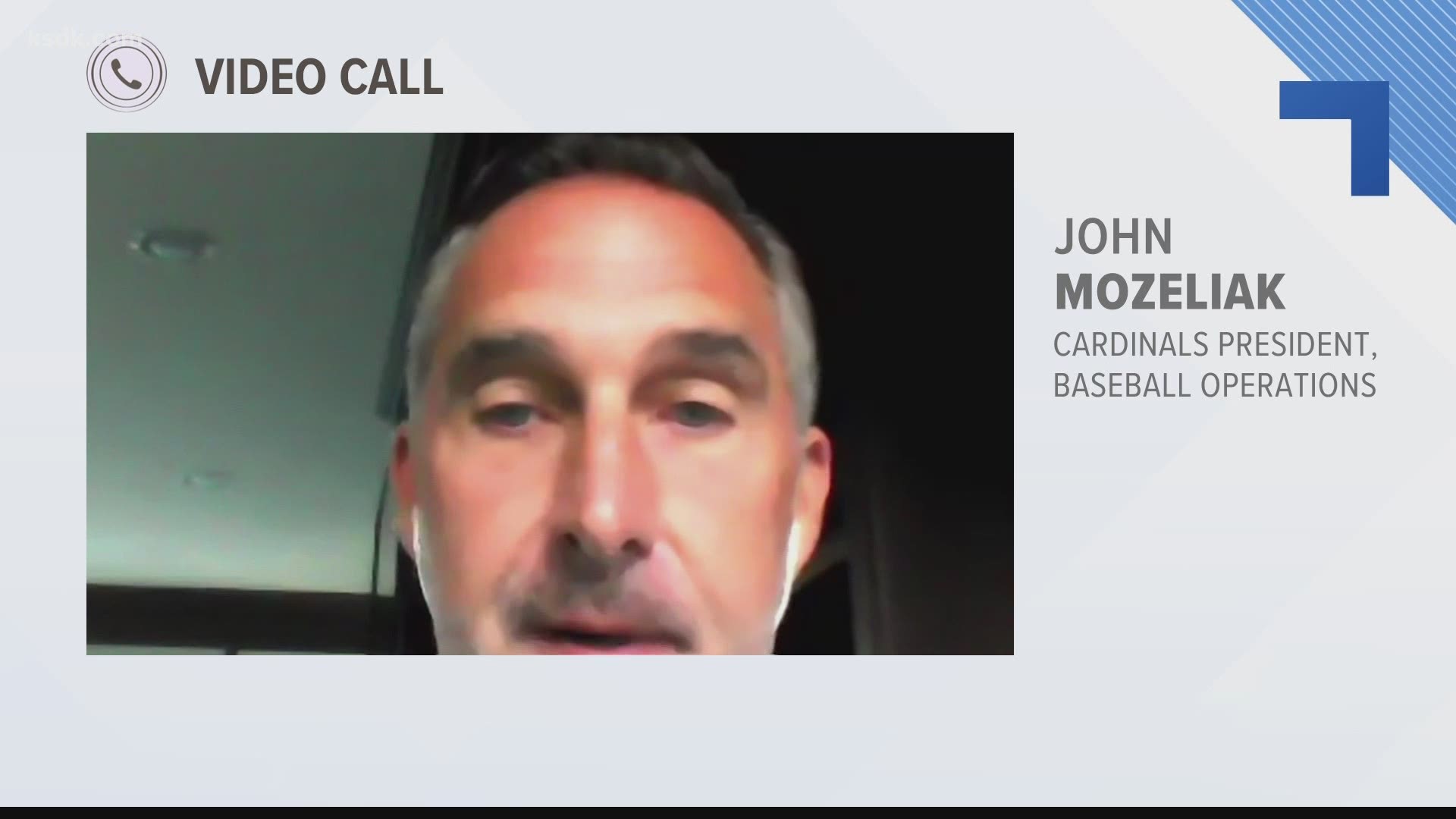 CHICAGO — For the first time in more than two weeks, the St. Louis Cardinals will be back in the dugout and out on the field.

The team announced Friday afternoon they’ll return to play Saturday with a doubleheader against the White Sox in Chicago. The first game starts at 12:10 p.m.

It’ll be the first game the Redbirds have played since July 29 due to an outbreak of COVID-19 throughout the team. Saturday marks 17 days between games. The total number of players and staff members infected in the organization stands at 18.

The Cardinals are scheduled for seven games in Chicago, with the first three against the White Sox and the last four against the Cubs. They’re set to return home and take on the Cincinnati Reds at Busch Stadium on Thursday, Aug. 20.

LISTEN: Sports Plus Podcast: Cardinals plan return from quarantine, St. Louis City SC introduced and how worried should we be about the Blues?

On Friday, the Cardinals released additional schedule changes as the team works to make up two weeks’ worth of missed games. The changes are as follows:

The three-game series against the Cubs originally scheduled for Aug. 7-9 at Busch will be rescheduled as three doubleheaders at Wrigley:

Since some of those games rescheduled for Chicago were supposed to be in St. Louis, the Cardinals will act as the home team during three of the games at Wrigley.

The three-game series between the Cards and Pirates originally scheduled for Aug. 10-12 at Busch will be rescheduled as part of two doubleheaders:

The team also announced a change in the September schedule to create an off day for the Redbirds. The two-game series between the Cards and Twins will now be a doubleheader on Tuesday, Sept. 8, instead of those games being played on two separate days.

The Cardinals have not announced a rescheduled date for the doubleheader against the Tigers, which was originally supposed to take place Thursday.

Mozeliak said the team would be driving up to Chicago, with some coming via bus, and those who were currently on the active roster driving up in rental cars, to remain physically separated.

Mozeliak announced multiple roster moves to fill the active roster due to the large number of players on the COVID-19 IL, including the addition of top prospect Dylan Carlson to the roster. There are also coaching moves, including the return of Jose Oquendo to the team, where he will likely coach third base.