The Cardinals have been rumored to be in the mix for a number of veteran starters like Jake Odorizzi and James Paxton. Here's why that makes sense

ST. LOUIS — In the span of about a week, the Cardinals managed to flip their offseason storyline on its head.

After months of virtually no movement at all, the Cardinals re-signed Adam Wainwright, traded for Nolan Arenado and traded Dexter Fowler. They're also likely to bring back Yadier Molina in the coming days.

But as John Mozeliak said in Arenado's introductory press conference, "We might not be done yet."

Now, St. Louis has been linked to a few notable pitchers on the starting pitcher market.

MLB.com's Mark Feinsand reported last week that the Cardinals and Phillies are active in the starting pitcher market, with names like Jake Odorizzi, James Paxton and Taijuan Walker being thrown around.

First, let's take a quick look at some of those names, and then, why they may be a fit. (If the Cardinals can figure out the money part of it, of course.)

We'll start with the hometown kid, Odorizzi. The Highland, Illinois native would be a great fit on the mound for the team he grew up rooting for.

Odorizzi, 30, only pitched in four games with the Twins in 2020 due to injury. He's one of the most highly-regarded pitchers left on the market.

Paxton was once a big name on the baseball scene.

The big lefty threw a no-hitter against the Blue Jays in 2018, was traded from the Mariners to the Yankees ahead of the 2019 season in a big deal and has a respectable 3.58 career ERA in eight years in the Major Leagues.

He only started five games for the Yankees in 2020, but is still just 32 years old. If healthy, there's still some magic left in the tank.

Taijuan Walker, 28, was once a big-time prospect for the Mariners. He's bounced around a bit since those days, underwent Tommy John surgery and could be a bit of a gamble. But he did look great in 2020.

In 11 starts in 2020 between Seattle and Toronto, Walker pitched to a 2.70 ERA in 53.1 innings, and was especially effective after the trade to the Blue Jays.

This is a Cardinals team whose current rotation options are long on talent, but perhaps all have some questions around them. And another proven option could make some of those questions less of an issue.

Everyone expects Jack Flaherty to bounce back from a slightly down year in the abbreviated 2020 season, so let's assume he's free of question marks. After that, it's not hard to see some glaring questions.

The Phillies and Cardinals are each actively looking at free-agent starting pitchers, per sources. Jake Odorizzi, James Paxton and Taijuan Walker are the top remaining starters.

We know by now to never doubt Adam Wainwright. But he will turn 40 in August. He keeps himself in phenomenal shape and knows by now what to do to make it through a season, but as the oldest player in the National League, he's not without any kind of risk.

Miles Mikolas was superb in his first year with the Cardinals in 2018. But a forearm strain kept him from any work at all in 2020. He's expected to be ready for this season, but coming off an injury that knocked him out of commission for all of the past year, nothing is a given there, either.

Speaking of injuries, the Cardinals will be without Dakota Hudson for all of 2021, as he recovers from Tommy John surgery.

Lefty Kwang-Hyun Kim was phenomenal as a rookie in 2020, but can you really call that a rookie season? He only started seven games. In a full season, who knows what kind of production he puts up.

After those names, you're left with some wild cards.

If you know what the Cardinals are going to get out of Carlos Martinez this year, please tell me because I have no idea. Austin Gomber is gone to Colorado, so that's one dependable depth piece down. Daniel Ponce de Leon looks unhittable at times, but would you be comfortable giving him a rotation spot for an entire season? Alex Reyes is absolutely electric, and looks to finally be figuring things out, but is he better served in the bullpen?

The Cardinals have a lot of arms, but a lot of question marks to go along with them.

If Mozeliak and DeWitt can figure out how to fit the contract in, Odorizzi or Paxton would provide a great deal of stability. They've been there and done it before. Walker could maybe come on board for a cheaper price, and depending on how long you invest in him end up paying off even more.

With the Arenado trade, the Cardinals signaled they're back in the game and focused on winning in October. Now they need to take it that next step and cover all their bases for 2021. 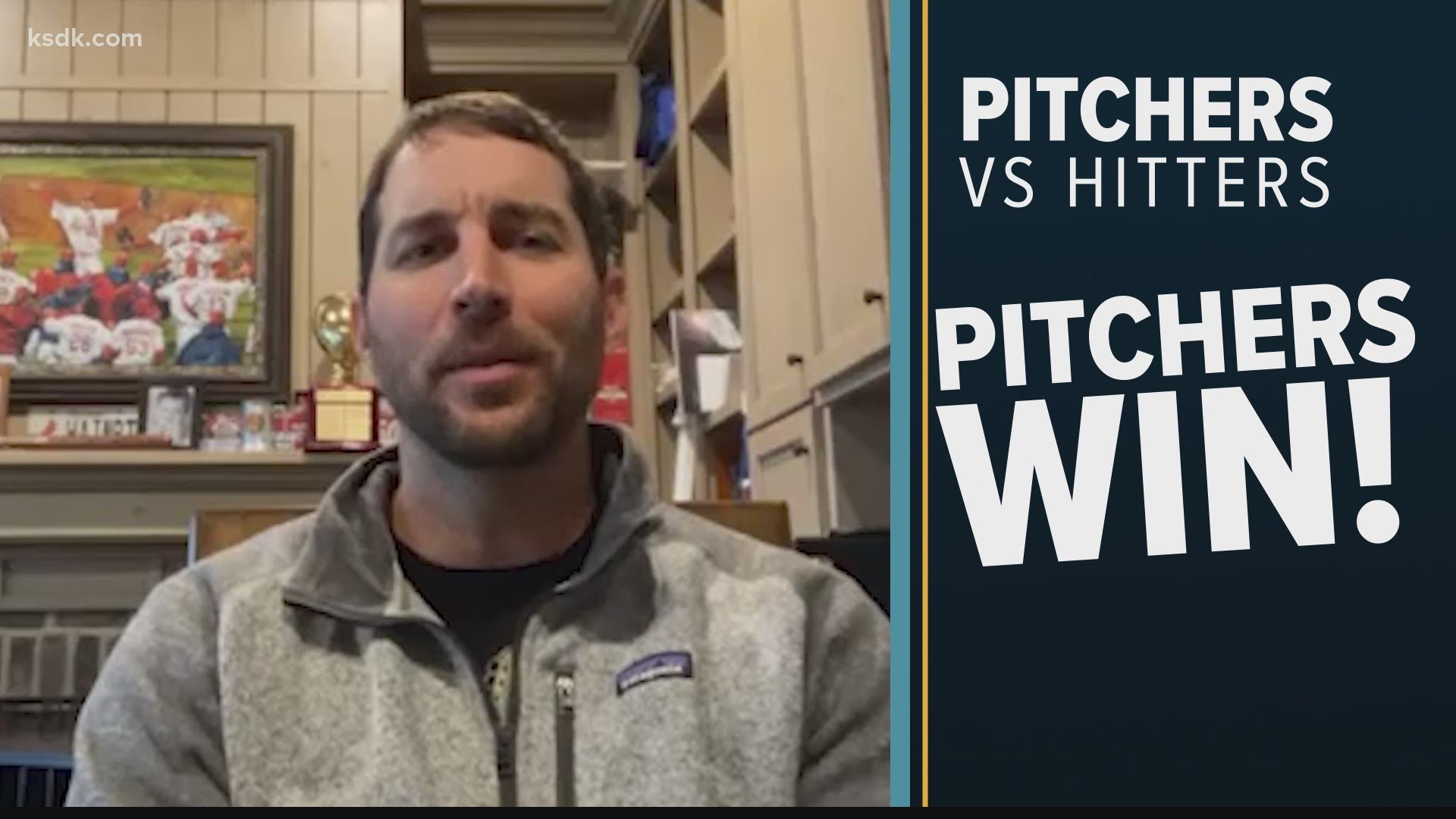