Over his last three starts, Martinez has allowed just two earned runs in a combined 21 2/3 innings 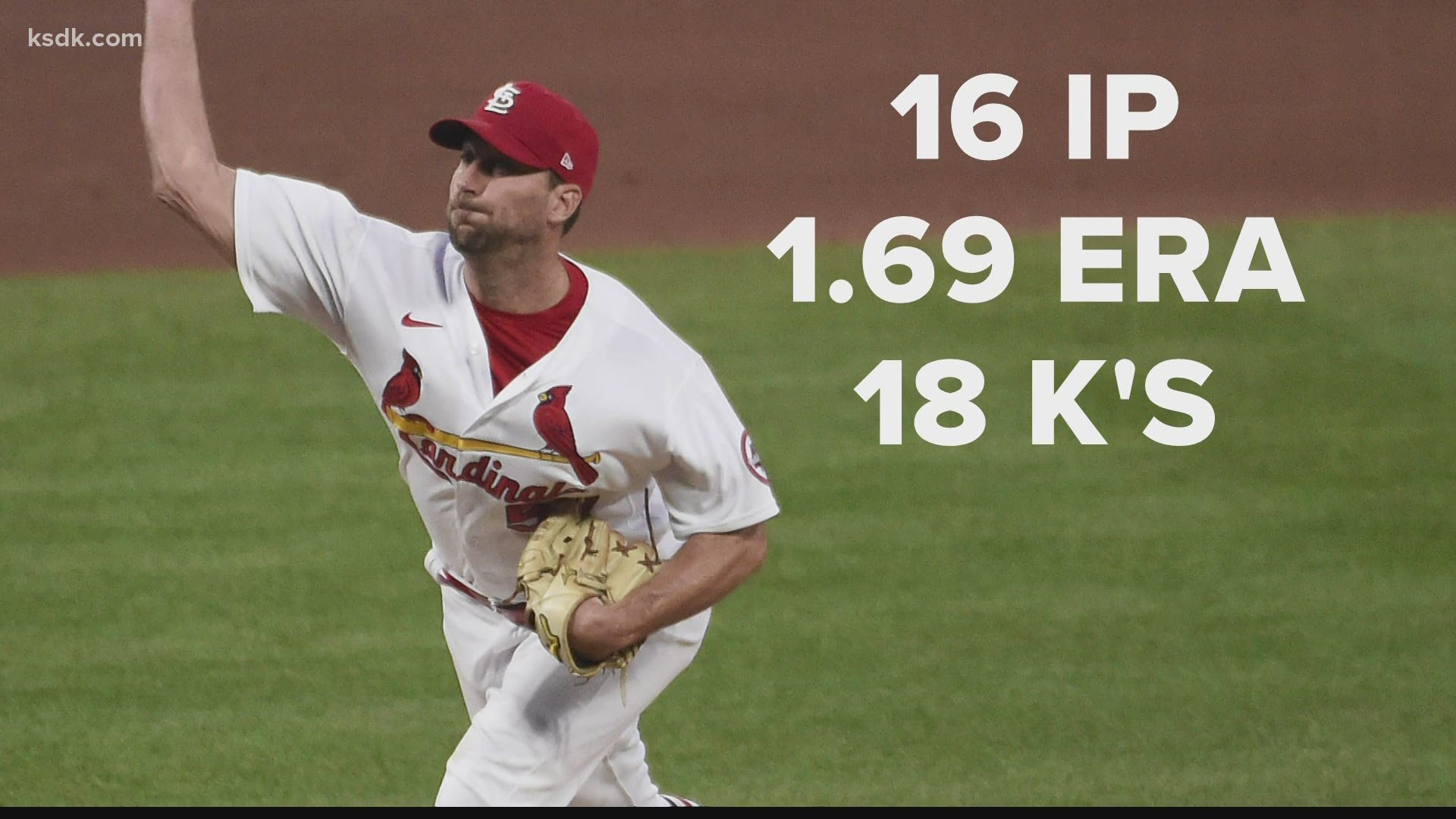 Earl Weaver would definitely love this current edition of the Cardinals.

Weaver, the St. Louis native and long-time manager of the Baltimore Orioles, had many notable quotations during his Hall of Fame career. At least one of them had to do with his love of three-run homers.

“The key to winning baseball games,” Weaver was quoted as saying, “is pitching, fundamentals and three-run homers.”

The Cardinals did all of that on Sunday, completing a three-game sweep over the Pirates in Pittsburgh. They got eight shutout innings from Carlos Martinez, did not commit an error, and yes, hit another three-run homer.

Harrison Bader, playing his third game since coming off the injured list, hit the three-run homer in the second inning that turned out to account for all of the runs in the game.

It was the fourth consecutive game that the Cardinals hit a three-run homer and was their seventh three-run blast in the 28 games so far this season, to go along with two grand slams.

“There’s a picture of Earl in the (visiting) manager’s office, him and the Danny Murtaugh of the Pirates, and I look at it every day,” said manager Mike Shildt. “He’d love it. Pitching, defense and three-run homers. Shake a lot of hands.”

The team’s record is 6-1 in the seven games that included a three-run homer, plus they won both games which featured a grand slam.

The 2020 Cardinals hit a total of just three three-run homers, plus two grand slams, in their 58 regular-season games.

At the plate: Bader’s homer followed a leadoff walk, a single and a fielder’s choice grounder in the second. The other three-run blasts in the last three games came from Matt Carpenter, both as a pinch-hitter in consecutive games, and Paul DeJong … The Cardinals had only two hits after Bader’s homer, doubles by DeJong in the third and Tyler O’Neill in the fourth. DeJong’s double was his first in 105 plate appearances this season … Tommy Edman walked twice but was hitless in his three other at-bats, snapping his 12-game hitting streak against the Pirates. That had been the longest streak by a Cardinal against the Pirates since Matt Holliday had at least one hit in 18 consecutive games between 2009 and 2010 … Paul Goldschmidt got the day off and Carpenter started at first, drawing a pair of walks. He also lined out to the warning track in center and hit a hard line drive into the shift that was caught by second baseman Adam Frazier.

On the mound: Martinez allowed five hits, walked two and struck out three in his longest scoreless outing since pitching 8 1/3 innings without allowing a run on April 4, 2018. It was the seventh time he has pitched at least eight innings without allowing a run in 129 career starts. Of Martinez’s 100 pitches, 70 were strikes. He was helped out by the Cardinals’ defense turning three double plays and he retired 10 of the last 11 hitters he faced and recorded 12 groundball outs in the game … Over his last three starts, Martinez has allowed just two earned runs in a combined 21 2/3 innings … Alex Reyes retired the side in order in the ninth and is now 7-of-7 in save opportunities this season. He has not allowed a run in his 13 appearances, covering 13 1/3 innings.

Key stat: Martinez did hit two batters, including Jacob Stallings in the face, increasing the team’s total to 21 hit batters through 28 games. That’s the second highest total in the majors, trailing only the Cubs with 26 hit batters. They hit a total of 26 batters in the 58-game season in 2020.

Worth noting: The Cardinals expect to know more about the status of Jordan Hicks after he undergoes scans on his right arm on Monday. Hicks had to come out of the game on Saturday night after experiencing tightness in his arm, a move that was said to be precautionary as Hicks is still recovering from Tommy John surgery in 2019. Shildt said that after the scans are evaluated “we will go from there” as far as making a decision about placing Hicks on the injured list … The Cardinals streak of consecutive games with a pinch-hit homer ended at three as their only pinch-hitter in the game, Justin Williams, flied to left in the ninth. No team in major-league history has ever hit a pinch-hit home run in four consecutive games; the last team before the Cardinals to do it in three consecutive games was the Padres in 2012.

Looking ahead: Adam Wainwright, still looking for his first win of the season, is expected to come off the COVID IL to make the start on Monday night as the Cardinals open a four-game series against the Mets at Busch Stadium. A roster move will have to be made before the game to activate Wainwright.