"I want to be here for more years. I know this year is the last year of my contract and I want to work hard to be on the team and show them I can start again" 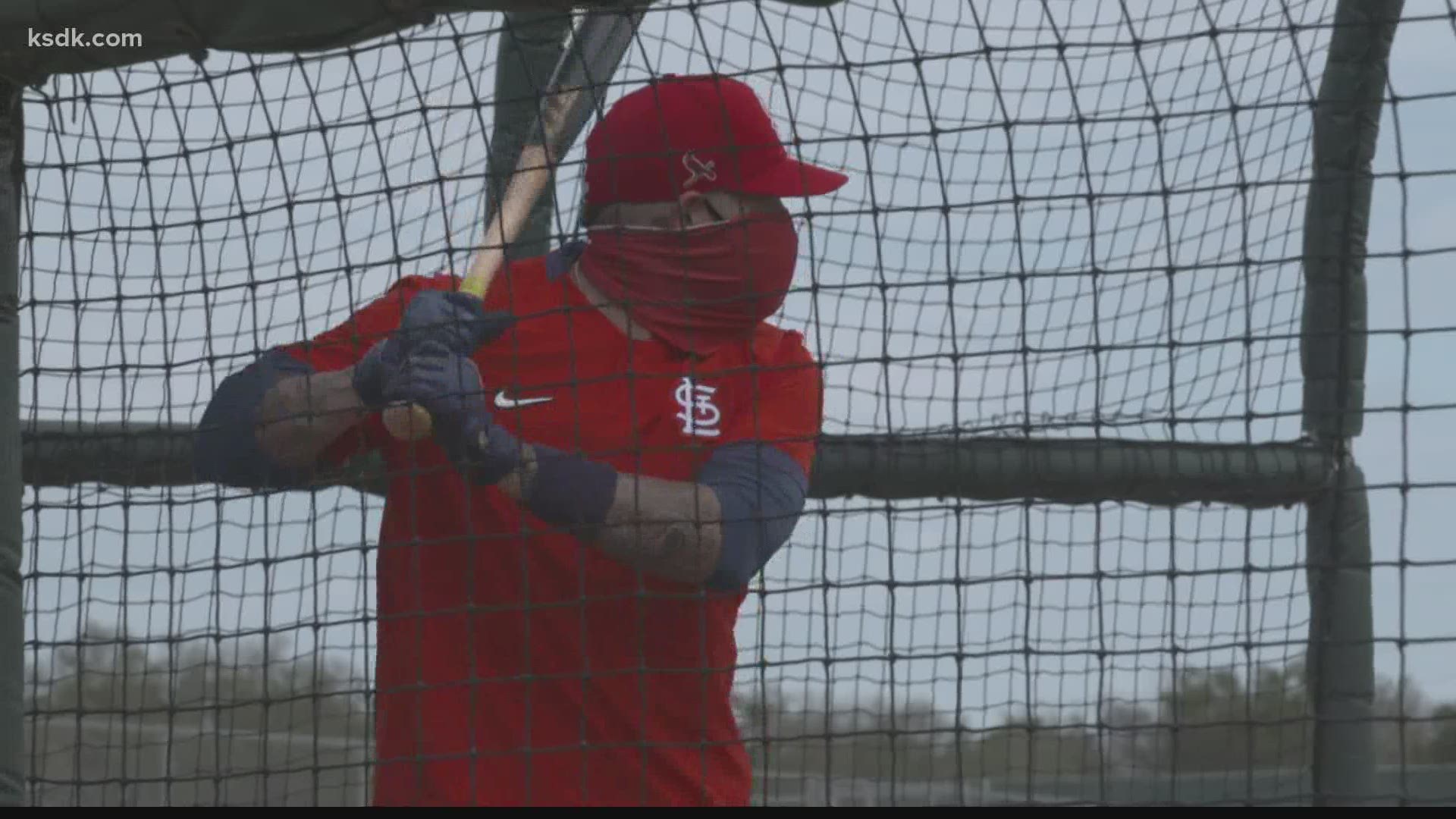 JUPITER, Fla. — It really does seem wild that now, for more than a decade, Carlos Martinez has been a St. Louis Cardinal. Martinez didn't debut with the Major League team until 2013, but signed with the organization back in 2010.

During that time we've seen just about every sort of of Carlos Martinez you could imagine.

He's awed fans on the field and made fans pull their hair out away from the field at times.

Now, he could be in the final year of his time as a Cardinal. His contract is up after the 2021 season.

So what Carlos are we going to get in this possible final act? If you ask him, he's ready to get back to the lights-out form fans once knew.

"I'm 100% focused in my mind. Focused on my workout. Focused on working hard. Right now I feel great," Martinez said on the first day of Spring Training in Jupiter via Zoom.

Martinez said in his Zoom session that COVID really changed the kind of pitcher he was in 2020.

"I think it was because of COVID," Martinez said of his late-season struggles last year. "When I came back from COVID, I didn't prepare my body with better power, you know. At that time I was trying to hurry soon. Because I wanted to help the team. But that happened at the end of the year and got hurt. So now when I was in the Dominican I was working hard and I am feeling strong."

Martinez said his underlying breathing conditions may have played a role as well.

"Yeah I think it was with my asthma. After that I was not comfortable with my body. In my mind I was 100% to help the team, but in my body I was like a little bit... without strength," Martinez said.

After a month off at the end of the year, Martinez said he began to work his way back into shape. And if you happened to catch any of the 2021 Caribbean Series, you were likely pretty impressed with the Martinez you saw.

In two Caribbean Series starts for the Dominican Republic, Martinez had a 0.79 ERA in 11.1 innings, striking out 15 and helping his team win the series championship.

"I feel 100% ready. I feel strong. I was working in the winter ball league on my shoulder, on my arm and especially on my pitches. That was awesome. All the games I was feeling great with big power," Martinez said.

"I feel like if the season started right now I'd be 100%. I was working on my two-seamer and my cutter combination. And in combination with my slider and changeup... I feel ready with all my pitches."

Martinez made it clear he wants to start again in 2021 for the only franchise he's ever played for. He'll be in the mix alongside Jack Flaherty, Adam Wainwright, Miles Mikolas, Kwang-Hyun Kim, Daniel Ponce de Leon, Alex Reyes and perhaps John Gant.

And for now, Martinez said he isn't too focused on a future where he's not on the Cardinals.

"Always I believe in the Cardinals. So I don't worry if they try to trade me. I feel great. I want to be here for more years. I know this year is the last year of my contract and I want to work hard to be on the team and show them I can start again and make the All-Star (team) and I can push the team to the World Series," Martinez said.