Carlos Martinez allowed four hits, walked three and hit a batter. He also didn’t help himself with a throwing error on a pickoff attempt at second base 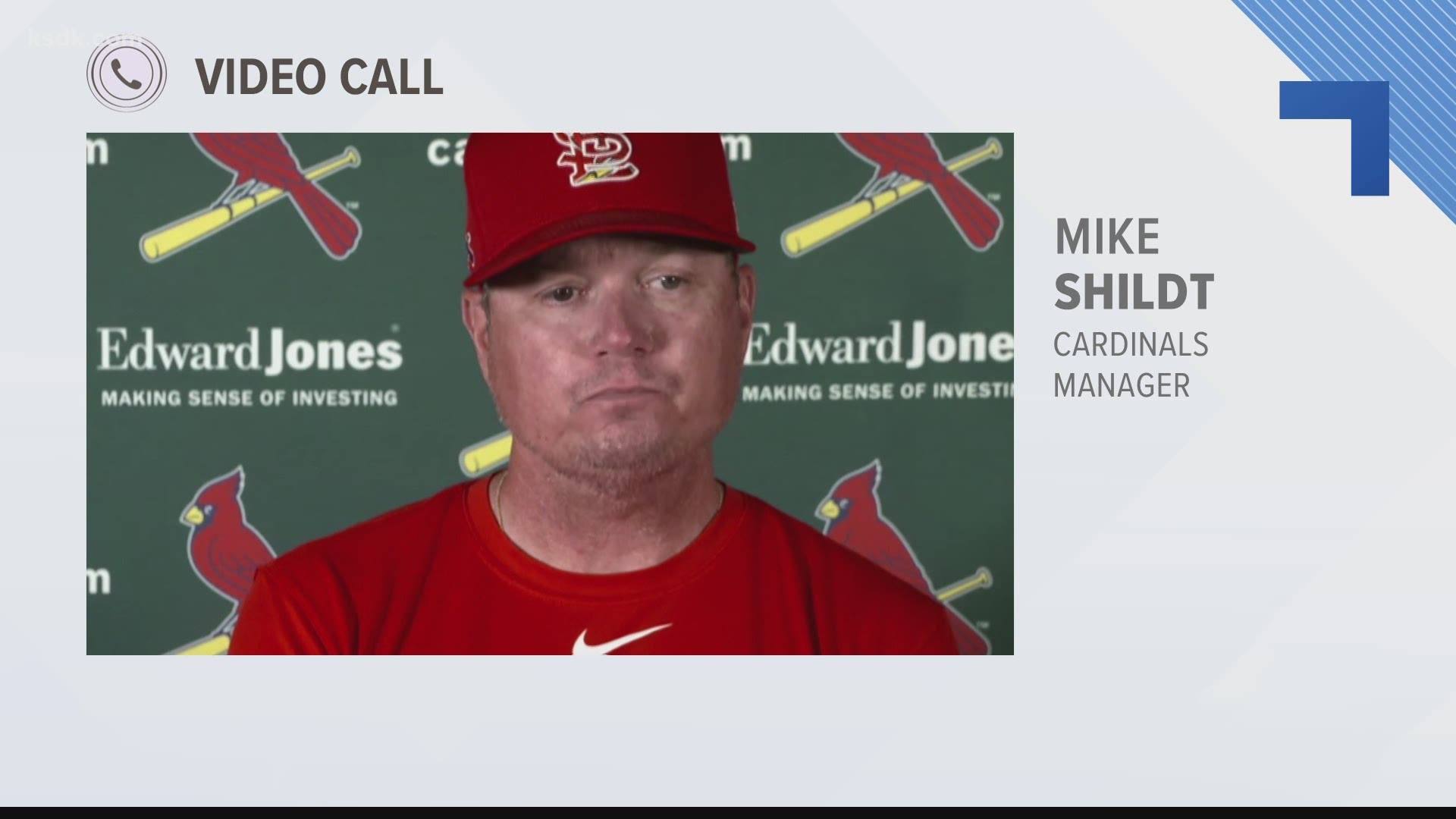 WEST PALM BEACH, Fla. — Prior to his first start of the spring on Thursday night, manager Mike Shildt said Carlos Martinez had made a strong case to be in the Cardinals’ starting rotation when the regular season began.

“He’s done everything well,” Shildt said. “He showed up to camp in great shape, he’s going about his work in a really positive fashion. He’s doing everything he can to make it happen … He’s in a good spot in every area.”

A couple of hours later, however, Martinez fell into the same trap that has left all of the Cardinals starters except Adam Wainwright in a funk at the start of the spring schedule.

Martinez gave up five runs in the first inning against the Astros in West Palm Beach, failing to complete the inning, and then thanks to the re-entry rule came back out for the second and did not retire any of the three hitters he faced, giving up another run.

Martinez allowed four hits, walked three and hit a batter. He also didn’t help himself with a throwing error on a pickoff attempt at second base.

“I know the result wasn’t what I wanted but I feel good,” Martinez said. “I know I can be better in the next starts. I’m here to work hard and be in the competition (for the rotation).”

Shildt said one poor start will not lower his confidence in Martinez, especially this early in the spring.

“A couple groundballs got through, a couple of counts got swung in an unfavorable place but his stuff was good, so listen it’s the first time out in spring training,” Shildt said. “I think we can be encouraged by the way the ball was coming out of his hand and a lot of other things.

“He might have tried a little too hard tonight. Carlos is going to be just fine.”

The Cardinals fell to the Astros by the lopsided margin of 14-0.

Here is how Thursday night’s game broke down:

High: Alex Reyes worked two perfect innings, striking out three of the six hitters he faced. He has retired all nine hitters he faced in his two appearances so far this spring.

Low: In their first starts of the spring, three of the projected starters for the Cardinals – Jack Flaherty, Kwang Hyun Kim and Martinez – combined have retired only five of the 26 hitters they faced.

At the plate: The Cardinals managed only three hits, a double by Yadier Molina and singles by Lane Thomas and Tyler Heineman … Matt Carpenter hit leadoff and struck out in each of his three at-bats … The team was hitless in eight at-bats with runners in scoring position in being shut out for the second time in the last three games.

On the mound: Genesis Cabrera followed Reyes to the mound and worked a scoreless inning, pitching around two hits, but walked the first two hitters he faced in his second inning of work, both of whom later came around to score … Garrett Williams, a Rule 5 draft pick ,allowed three more runs in the sixth after taking over for Cabrera … Ryan Helsley made his first appearance of the spring and after a leadoff walk recorded three consecutive strikeouts, two looking … The final three Houston runs came off Giovanny Gallegos.

Worth noting: Shildt said he was pleased that the city of St. Louis and the Cardinals had reached agreement to allow nearly 15,000 fans into Busch Stadium to begin the season, giving Nolan Arenado a crowd to welcome him to the team at the April 8 home opener. “It’s really nice to have those fans back. The ovation for Nolan is going to be special and well-deserved and he will get a taste of it,” Shildt said. “Clearly we wish it was at full capacity but he will get a taste of what it’s about playing in St. Louis and the passion of the knowledgeable fans we have.” … Andrew Miller and Jordan Hicks each threw their second live batting practice on Thursday. Shildt said, “We’ll take the temperature of how it looks and move forward.” … Miles Mikolas is scheduled to throw a bullpen this weekend and his next step will be determined by how he feels afterward, Shildt said. Mikolas, recovering from arm surgery, also is dealing with shoulder stiffness.