It's prediction season! So here's a fun look at some scenarios that could happen for the Cardinals in 2021 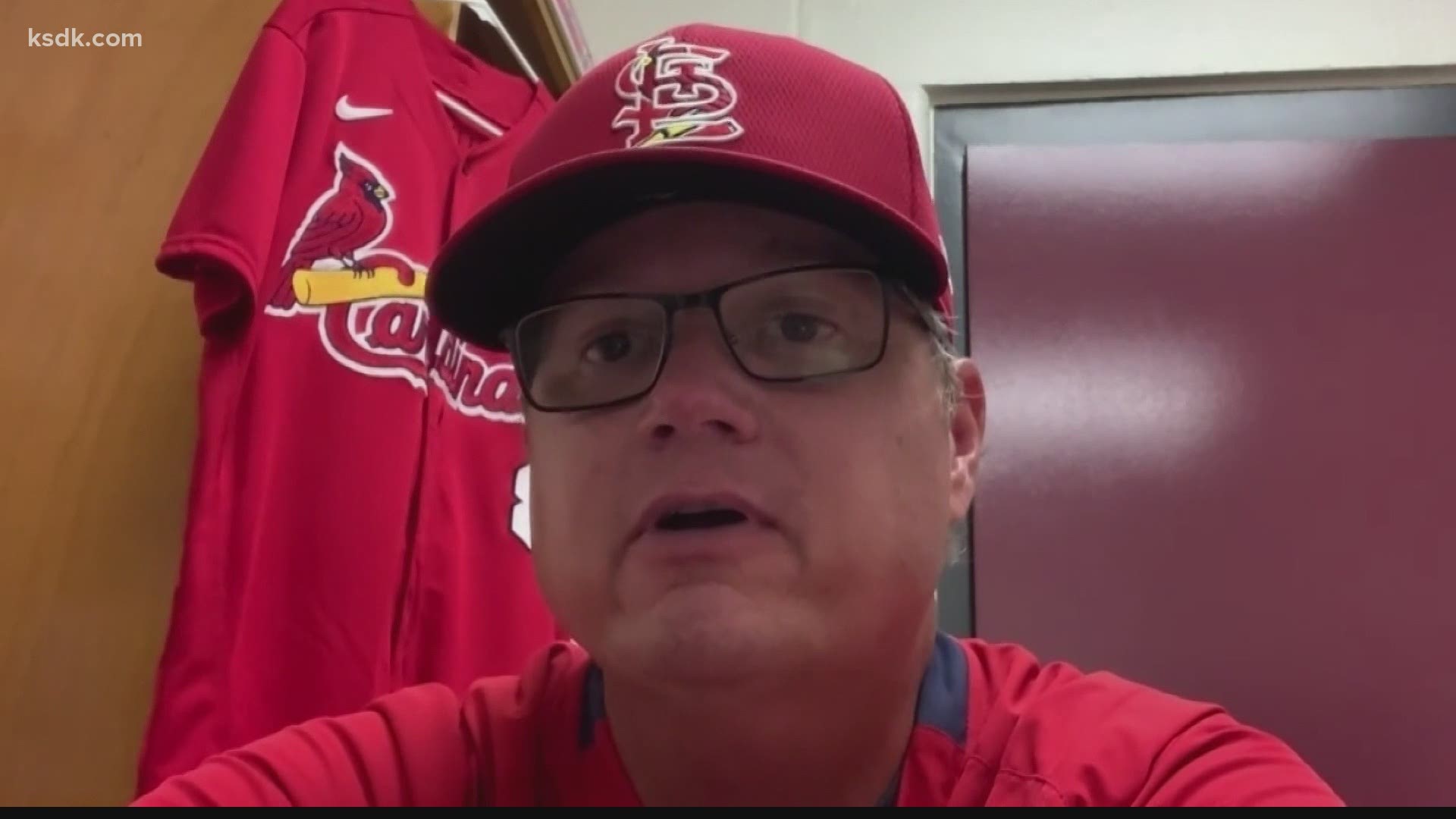 ST. LOUIS — As the Cardinals and the rest of the teams in the Major Leagues get set to begin a 162-game season, one fact remains foremost in everyone’s memory because of what happened a year ago.

Nobody can predict what is about to unfold.

It does seem safe to predict, however, that the 2021 season will be a lot better, and more normal, than the abbreviated 60-game coronavirus-driven schedule from last summer.

There will be fans in the stands, even if on a limited basis, as the year begins. As more vaccine shots get into arms, some of the health and safety protocols for both the baseball personnel and fans should be relaxed.

A year ago all of the pandemic-related concerns tended at times to drown out what was actually happening on the field. The historical nature of how to define and compare numbers was wiped away because of the pandemic. Normally when teams reaches 60 games into the season they are just beginning to figure out what they have and what they need – with 102 games left on the schedule.

Nobody tried to make predictions last year; they were impossible, and not just in baseball. The goal in 2020 was just to get through it.

Now that we have done that, and come out on the other side, it’s time to get back to making some predictions. Normally these types of columns are not worth the paper they are printed on. But one of the beauties of writing for a website is you don’t have to waste the paper.

One truth about that, however, is that online material can be saved, and revived, almost into eternity. All of those tweets which seemed to be so on-point at the time suddenly become so totally wrong when somebody brings them out again six months later.

With that disclaimer established, here is a prediction of what could happen to the Cardinals in 2021 – with an advance look at 10 days that could define the season:

April 1 – Jack Flaherty takes the ball to open the season and pitches like the ace the Cardinals expect him to be, allowing one run over seven innings before Alex Reyes and Jordan Hicks combine to get the last six outs in a 4-1 win over the Reds. It’s the first of 18 wins for Flaherty in a year that finds him heading into September in the battle for the Cy Young Award.

May 18 – Two weeks after Kwang Hyun Kim returned to the rotation, Miles Mikolas makes his first start of the year against the Pirates, giving up two runs in five innings. Unfortunately for Mikolas, it’s the first of what turns out to be only 12 starts before he finds himself back on the injured list. Kim, however, proves he is over the back stiffness that bothered him in the spring and finishes the year with 13 wins.

June 13 – The Cardinals complete a three-game sweep of the Cubs at Wrigley Field behind Adam Wainwright’s second shutout of the year. Led by the pitching of Flaherty and Wainwright, the Cardinals find themselves with a 38-27 record and a five-game lead over the second-place Brewers in the NL Central.

July 1 – Nolan Arenado makes his return to Colorado and is greeted by 35,000 empty seats as the last-place Rockies slog through the season. Arenado does 13 interviews saying how much he enjoys St. Louis and then goes out and has his first two-homer game of the year giving him 15 for the season to go along with a .320 batting average and a league-leading 62 RBIs.

July 31 – The trading deadline arrives, and unlike most of the last few seasons when it passes quietly for the Cardinals, John Mozeliak makes a big splash, acquiring Joey Gallo and Kyle Gibson from the Rangers for four minor-leaguers. Again – like in the Arenado trade – Mozeliak manages to retain all of the organization’s top prospects. With Dylan Carlson planted in center field, the team needs Gallo to take over in right, which has been the weakest spot in the lineup all season. Gibson provides the veteran depth in the back end of the rotation after Mikolas has to go back on the injured list.

Aug. 3 – Hicks, hitting 105 miles per hour on the radar gun for the third time this season, earns his 30th save in a 2-1 win over the Braves. It has been a spectacular comeback year for Hicks and his dominance at the back end of the Cardinals bullpen has allowed them to not rely so heavily on their starters and with Reyes, Ryan Helsley and the rest of the bullpen picking up those key setup innings, the Cardinals find themselves with a 54-1 record when leading after the seventh.

Aug. 24 – Continuing to perform during the season the way he did in the spring in Florida, Tyler O’Neill hits his 20th home run of the year to carry the Cardinals over the Tigers. O’Neill is the fourth player on the Cardinals, following Arenado, Paul Goldschmidt and Paul DeJong, to reach the 20-homer mark so far this season. In addition to the 20 homers, O’Neill is hitting .284 and his ability to shorten his swing and cut down on his strikeouts has been a key to the team’s overall offense being much improved from the previous two years.

Sept. 10 – The Cardinals’ top pitching prospect, Matthew Liberatore, is called up from Memphis to make his major-league debut, starting against the Reds at Busch Stadium. He offers a glimpse of the future with six strong innings, and the Cardinals almost immediately make plans to include him in their 2022 rotation.

Sept. 23 – Behind a three-run homer from Goldschmidt, the Cardinals beat the Brewers 5-2, completing a sweep of their four-game series in Milwaukee and clinching the NL Central title. It’s the 86th win of the year for the Cardinals, who have been alone in first place in the division since Wainwright’s shutout over the Cubs on June 13.

Oct. 3 – Carlson puts the finishing touches on his bid to win the NL Rookie of the Year award, stealing his 20th base of the year on the final day of the season. That makes him a member of the 20-20 club, as it comes three days after he hit his 20th homer of the year. Carlson has thrived since he was moved to second in the batting order following the trade for Gallo, who hit his 10th homer since joining the Cardinals on July 31.

Editor’s note – One of the beauties of baseball is that all or some of these predictions could happen, or none of them could come true. That’s why you play the games. And in the famous words of the immortal Cardinal philosopher Joaquin Andujar, you never know.