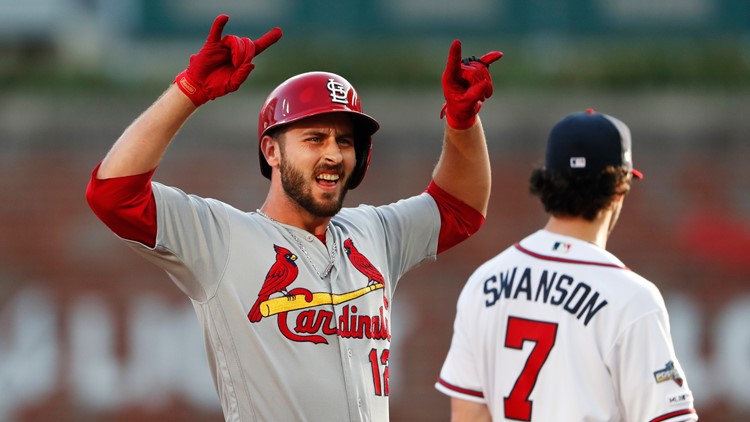 Photo by: AP
St. Louis Cardinals' Paul DeJong celebrates after hitting a double to score a run in the second inning of Game 5 of their National League Division Series baseball game against the Atlanta Braves, Wednesday, Oct. 9, 2019, in Atlanta. (AP Photo/John Bazemore)

Dear Santa, here's our Christmas wish list for the Cardinals

ST. LOUIS — It's the season of giving, hoping, and wishing-so let's talk about the St. Louis Cardinals' personal wish list for the 2020 season.

Now, instead of telling you who they should sign and why, let's just look at their roster and see where the hopes and dreams lie at this very moment. A series of what ifs" for the boys in red during the next summer wind. Deep down, Cardinal Nation wants things to work out and for more division titles, deep October runs, and general prospering to take place-but what needs to happen? Let's go down the list. Possibly do ten.

In 2019, Fowler bounced back and fans rejoiced! The king of smiles was much improved ... then one of the worst WAR performers in 2018. Through a managerial change and improved health, along with a couple of other factors, Fowler wasn't a liability at the plate. He cranked 19 home runs and even offered the team a less eventful operation in the outfield. Can he do that again? Let's hope because you know Mike Shildt is going to run him out there 140 times no matter what.

Dear Santa, please let Matt Carpenter recover to become a fraction of what he was from 2013-18.

This is huge. If Carpenter returns to his 3-5 WAR self, the offense is in better shape. I'm talking middle of the pack at the very least. Carpenter walking, slugging extra-base hits, and building up pitch counts makes the entire lineup a bigger threat. However, he's not young and needs to adapt. That could mean trying to beat the shift or just ditching that idea altogether. At this point, you can't be something you are not, so Carpenter should just lean in and get pull happy again. Let's hope.

For a season or two at least. The Cardinals are paying this dude very handsomely. While 2019 wasn't an exact bust-he put up a .800+ OPS and smacked 30+ home runs-Goldschmidt was a ghost for some long stretches. He was missing in action in games that could have been decided by one of his swings. A team adjustment or whatever reason aside, they need him to be a thump artist in 2020. He can't be like Fowler or Carpenter; Goldschmidt has to move the needle further along.

Dear Santa, please find the 2018 Miles Mikolas and bring him back.

Or at least somewhere in between the 2018 and 2019 versions. For the first half of 2019, people were calling Mikolas and his four-year contract a mistake. Flash in the pan. A flash-fried one-off. He was getting hammered and even walking a few more batters. Mikolas posted a 4.53 ERA in the first half and a 3.72 ERA in the second half. Some of his splits are more similar, but the home/road differentials are hazardous. Mikolas got beat up on the road, where he made 17 starts. He can't be Jekyll and Hyde again in 2020, or the rotation could be in trouble with wildcards like Carlos Martinez (health), Adam Wainwright (age), and Dakota Hudson (insanely high FIP).

Dear Santa, please let Alex Reyes become the lethal pitching weapon he was supposed to be three years ago.

It's getting late in Alex Reyes-ville. The clock is ticking on this former phenom prospect who has been plagued by both on-field and off-field issues. When an elbow or lat muscle wasn't ending Reyes' season, it was his own foolhardy decision making. He tested positive for drugs and punched a wall. Against all odds, Reyes can still be something to the Cardinals. He's only 25 years old and has just 53 Major League innings on that right arm. If he's what his prospects projections once told us, the team's bullpen and possibly rotation is scarier for other teams. If he's not, the latest Redbird minor league dream will finally die. What do you say, Alex?

Dear Santa, please let Tommy Edman not be a fluke.

Edman was the breakout talent of 2019. The kid came out of nowhere-impressive spring and all-to become an old fashioned Swiss Army Knife for the Cardinals. He played the infield, outfield, and hit anywhere in the lineup. He took Max Scherzer deep and sprayed the baseball all over. When the majority of the lineup went missing in September, Edman produced a 1.060 OPS in 103 at-bats, including 16 extra-base hits. Since the team isn't connected to any free agent outfielder and doesn't plan to engage Dylan Carlson early in the season, they'll need some Tommy magic.

Fans got to see what Wong could do in 2019 thanks in large part to the man staying on the field. Shildt helped him stay in the lineup, but the baseball gods didn't hamper his play. It was like his 2017 season but with 40 more games attached. He won his first Gold Glove and slugged 40 extra-base hits. He's never going to be an offensive monster at the plate, but Wong can be a weapon for the team. He needs to stay healthy because he saves runs every game by merely taking the field.

This one may get daggers thrown at my office, but it must be said. The "Yadi versus Father Time" battle has been waged for the past few years, and the Cardinals' catcher has won plenty of rounds. But if his performance dips or he isn't 100% healthy, they need to turn to Andrew Knizner or Matt Wieters (if he returns). There was a stretch in 2019 where Molina's wrist wasn't right and he kept playing. Shildt has to remind Molina, Instagram fire post or not, that there is one manager on this team. Molina will be 38 in July, so the clock is ticking on this knees. Molina's OPS went down in 2019 and it gets towards .700 or below, the team needs to step in and split time. Build up some courage.

The man's defense is good and he hits home runs, but a .202 batting average post-All Star Break simply won't do. DeJong needs to be more consistent.

Dear Santa, please let the Cardinals find a suitable backup (EDMAN!) to DeJong so he doesn't get burnt out by August.

Seriously, you help the previous wish happen by resting the poor guy. DeJong played in 159 games in 2019. That's way too many. The season is long and hard, and the shortstop position is taxing. Find Pauly some bench so his bat stays warm.

That's all I got. Sure, there's more wishing, but Santa's bag is heavy enough. Old Saint Nick doesn't need back problems right now.

What's your "Dear Santa" for the Cardinals? 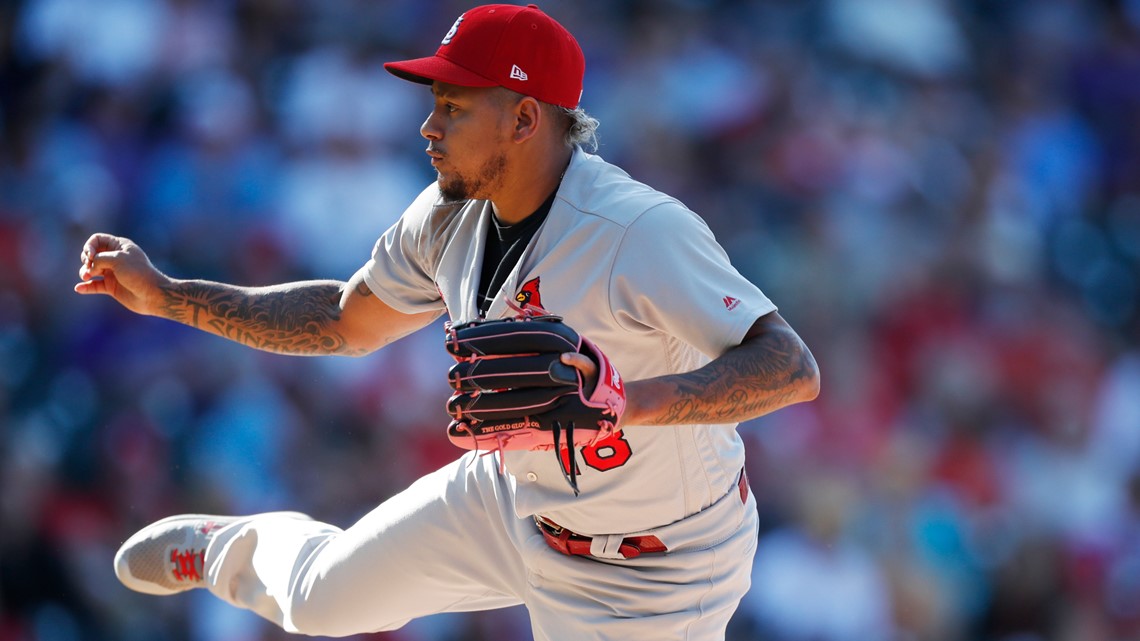 Opinion | Why giving up on Carlos Martinez, the starter is futile for Cardinals' fans
Once upon a time ... in St. Louis, Carlos Martinez started games for the Cardinals. In a galaxy not so far in the past, he was a top-flight starter with knee-buckling stuff. I'm not talking about a flash in the pan single-season teaser trailer.

RELATED: Assembling a Cardinals 'All-Decade' team for the 2010's

RELATED: Opinion | Why Nicholas Castellanos and the Cardinals are a solid match