Opinion | How the Cardinals mishandled the Kolten Wong situation

The Cardinals not only allowed Kolten Wong to be gone, but they didn't even care to pick up the option and trade him. A true drop of the ball.

ST. LOUIS — You don't let good players walk, but it's wise to trade a person at their highest worth. Something is received instead of an outright loss.

But the St. Louis Cardinals didn't even give Kolten Wong the respect and honor of a trade. They just said no thanks in quick fashion.

By declining the $12.5 million 2021 option on Wong, the Cardinals let their best defensive player go. The second baseman who just won his second Gold Glove award in a row. Wong has become an elite defender for the Cardinals and finely honed in on what made him effective at the plate, reaching base more often and making incredible plays that most infielders only enjoyed on Sportscenter.

Wong is at the top of his game, and while it would have been a hurtful blow to Cardinals fans, retaining him only to trade him would have been a bold endeavor. One that could lead to a separate acquisition, someone of greater importance to the 2021 roster. George Springer? Michael Brantley? Joey Gallo, ahem!

But that's the second painful part of this ordeal. The Cardinals will get nothing for Wong's talents, and they will most likely do nothing with the $12.5 million. I am sorry, but my faith in this team's ability to make the right move during the deadlines and winters has lessened over the years. For every Paul Goldschmidt trade, you have several instances where the Cardinals sat on their hands midseason. Remember when they could have gotten Josh Donaldson for minimal cost, and just passed. Same way they passed on Max Scherzer, Luis Robert, Bryce Harper, or any outfielder with a pulse.

They're making a mistake in letting Wong go. Pay him his money and get him back at second base. You could make a better case over the last couple of years for Wong being more valuable than Yadier Molina to the Cardinals. Take away his defense, and 2020's record worsens. Take it away and 2021 looks grim on the infield.

Will Paul DeJong be as good without Wong on his left? Goldschmidt will have to up his game even more, because Tommy Edman is no Wong out there. It sure would be nice if the 2019 Edman bat showed up next spring, but I wouldn't bet too hard on it.

The Cardinals' most shocking move this year could be a loss and not a gain. Wong will never have the versatility at the plate to be a capable leadoff man, but that's a small issue when he can give you value in multiple spots below the top spot. Wong finally put it all together as a Major League player, and the Cardinals are just content to let him walk with no return. Wong said he would be open to a contract restructure, but the Cardinals don't seem to be interested.

Wong also told reporters this week a return wasn't out of the question, but something tells me the Cardinals have already turned their back on him. There's a lurking overconfidence to this front office that I am starting to dislike a lot. If you've sensed some negativity from me lately on the local team, you're not blind.

I want more from them. A team that treats its fans to a hearty payroll each season, but also reaps the rewards of those ticket sales, merchandise collections and massive spending around the stadium. They are Robert De Niro in a Martin Scorsese gangster picture: hands in your pocket and eyes on your next move all the time. They are making a lot of money for a small market sports team. Enough to buy a World Series trophy the size of a one bedroom South City home, and drop it in their ballpark backyard.

They are brash, so I hold them accountable every winter. With Wong gone possibly for good, what's their plan to turn that loss into a gain? Their defense will suffer and Edman's offense is no guarantee, so are they going to grab Springer or an outfielder with the loose cash? They have to, or they should expect 2021 to look like a loss in the books and the standings.

Rob Manfred made it easier to get into the playoffs. Bill DeWitt Jr. and John Mozeliak are just following the playbook, which was written over a decade ago, but hasn't gotten an update in years. Their pride and joy is their pitching staff, a group that thrives on groundballs being sucked up by infielders. That took a hit this past week.

I've always liked to think the Cardinals were ahead of most clubs on the field as well as off, like they knew something others didn't. But that trust in the process is starting to weaken. It's wavering.

They made a mistake in not only allowing Wong to walk, but also failing to acquire something in return. 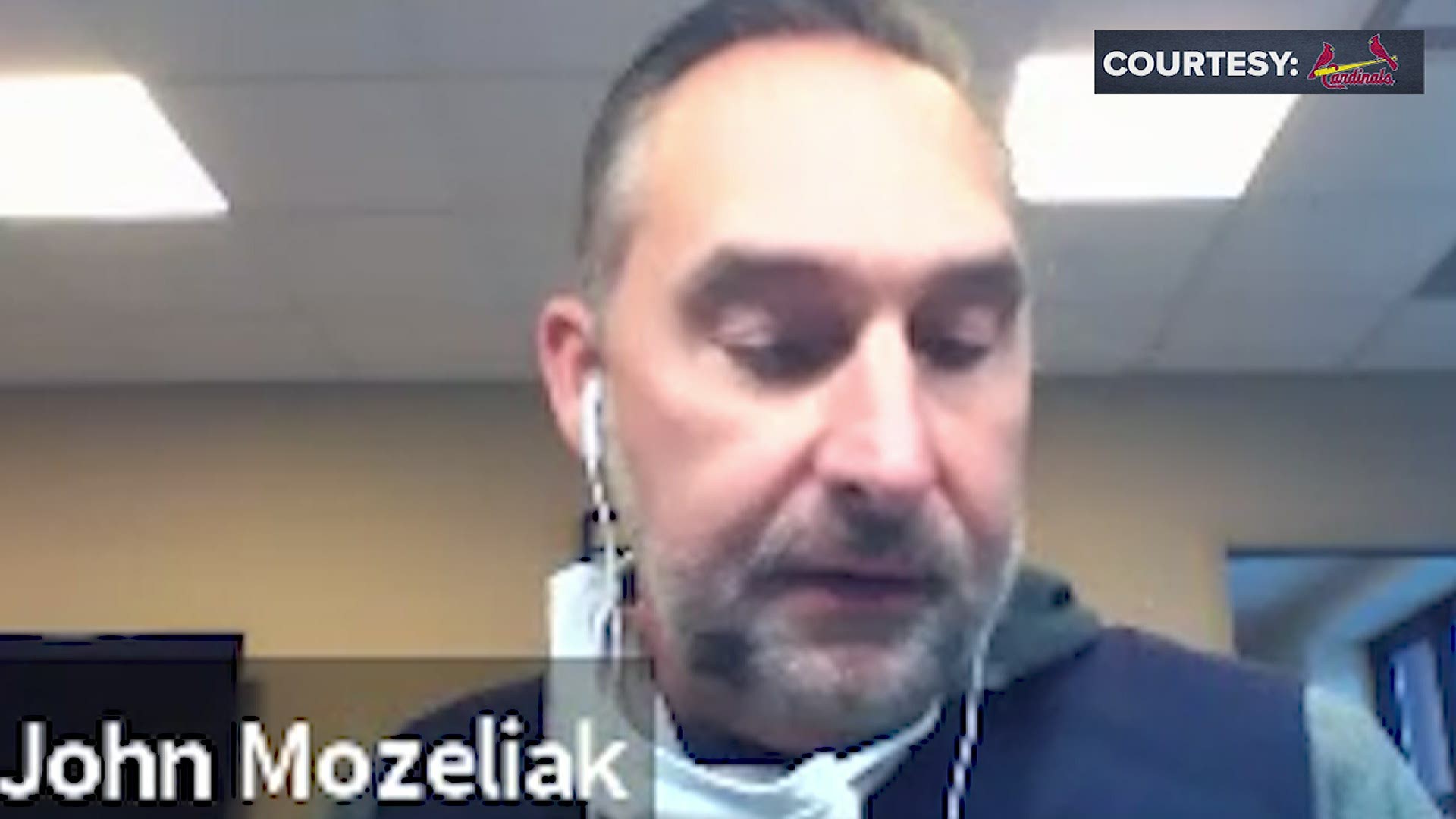