Watch: Inside the Cardinals' locker room after Game 5 win in NLDS

The Cardinals had a lot of fun on the field in Game 5 against Atlanta... and then carried it into the locker room. Here's the best moments from the NLDS celebration. 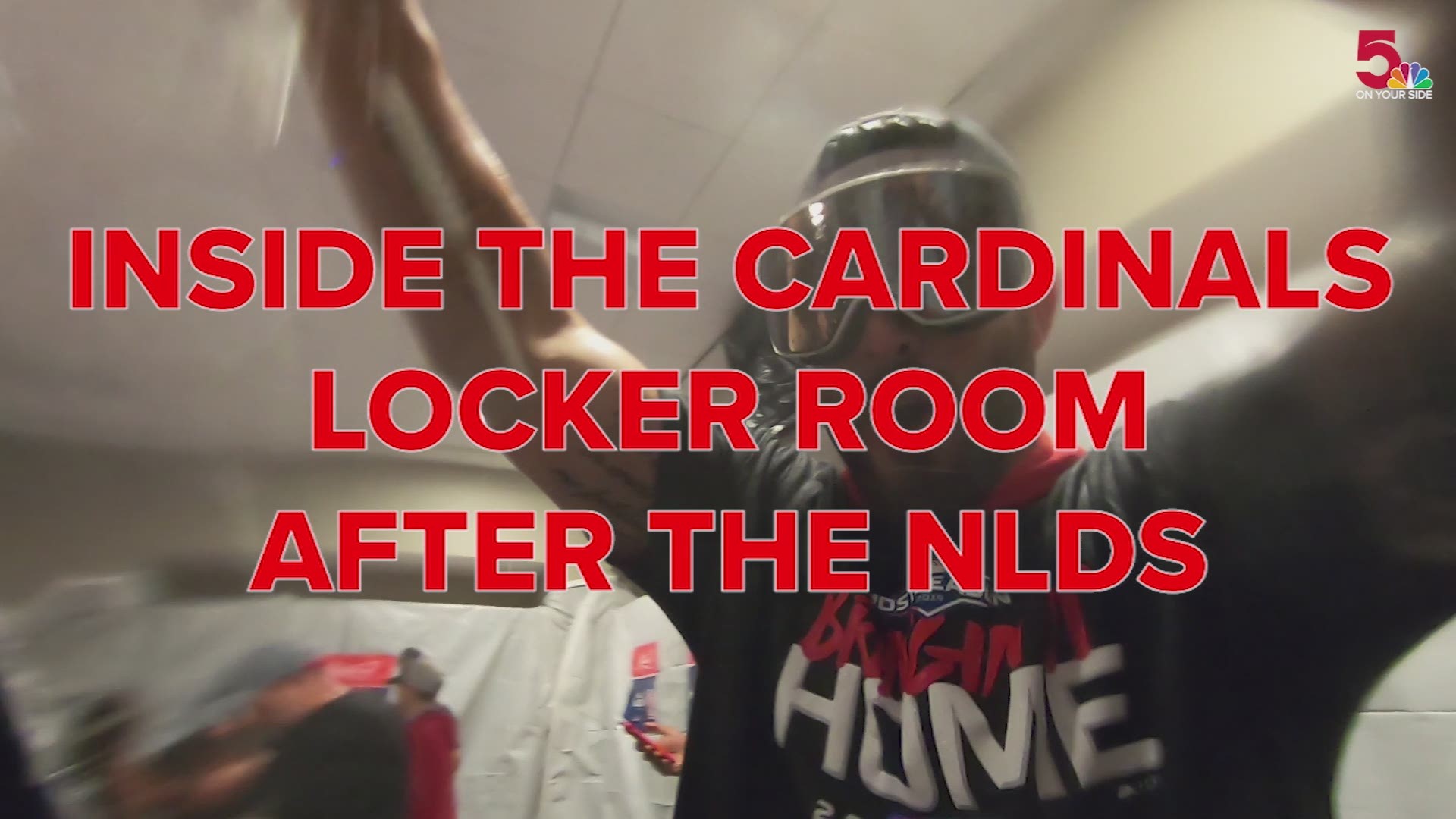 ATLANTA — The Cardinals are no stranger to champagne celebrations over the years.

But it has been a while since they've been able to have two in the same season. When the Cardinals beat the Braves in Game 5 of the NLDS on Wednesday in Atlanta, they made sure the celebration matched the accomplishment.

We took a TV camera and a GoPro into the visitor's clubhouse at SunTrust Park to make sure we didn't miss a moment.

There were also some all-time quotes from some of the Cardinals stars inside the locker room.

"Today was great. We stayed together and there's more to come," Jose Martinez said.

"It's an incredible group and an incredible coaching staff and these parties are great  so we're going to continue this for as long as we can," Harrison Bader said.

"It feels good, man. It feels real good to be a part of a winning team like this and a team that I can look in the eyes and think we have a real good chance of winning the whole thing," Adam Wainwright said.

The Cardinals will now play in the franchise's first NLCS since 2014, when they take on the Nationals starting Friday at Busch Stadium