From questions in the outfield, to Carlos Martinez's role, to Yadi's future and when we might see Dylan Carlson, Mozeliak dished on all the offseason hot topics. 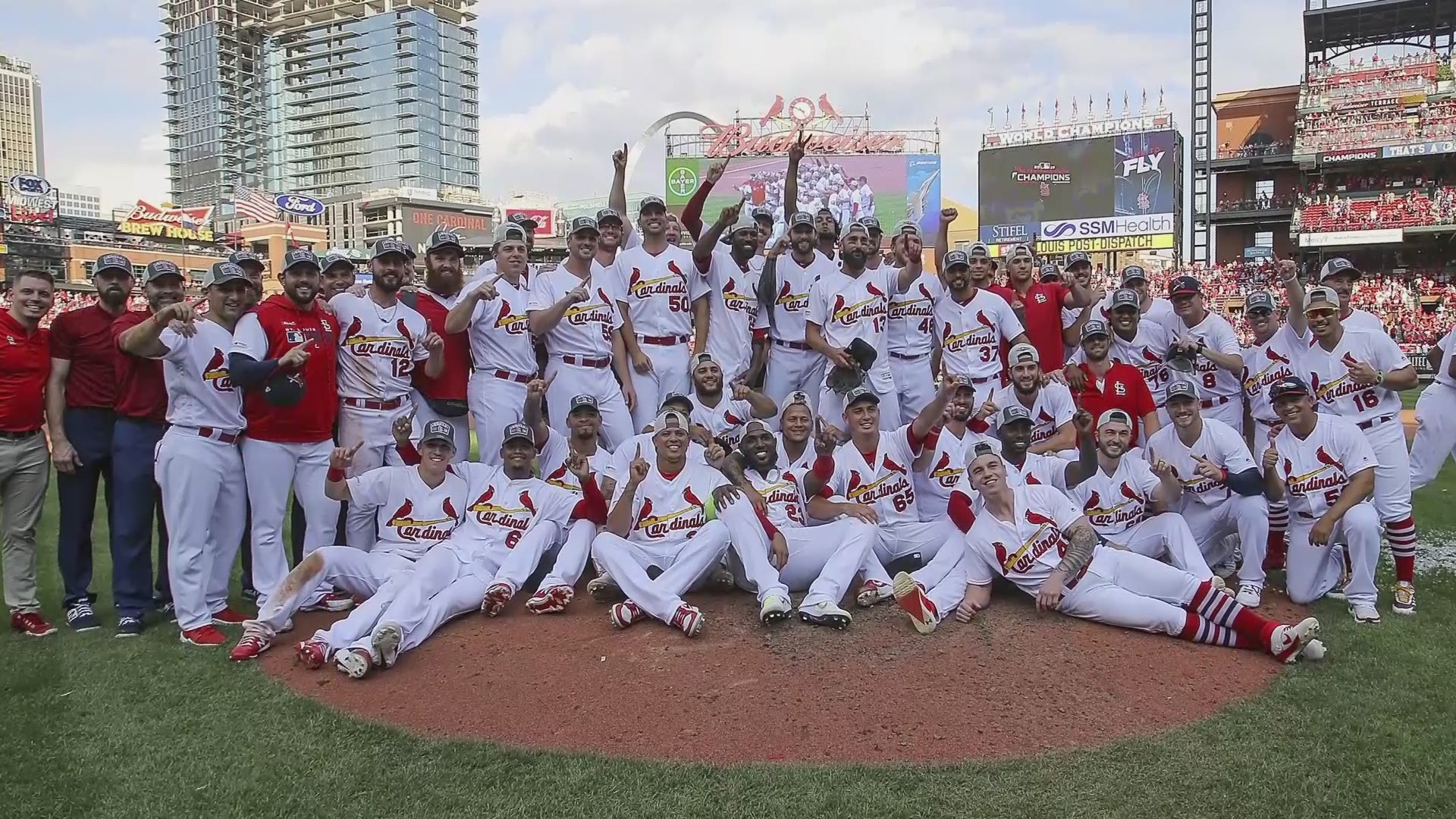 ST. LOUIS — Major League Baseball's Winter Meetings are underway in San Diego, but it's expected to be a quiet offseason for the Cardinals.

The defending NL Central champs seem pretty content in rolling with what they already have, but they're not ruling out anything if it makes sense.

We recently sat down with Cardinals President of Baseball Operations, John Mozeliak, to see how the man in charge was looking at this offseason.

"I like our team. I feel like we did a lot of things right last year. I think there's some areas where we could do better," Mozeliak said. "I think from an offensive standpoint we weren't consistent. We'd like to see some of that change, but I think we have the talent to do that. But that's not to say we're not going to do something between now and opening day. Clearly we're looking at the trade and free agent markets and if there's some things we can add to this club to make it better, we're going to pursue that."

One of the biggest questions facing the Cards this offseason will center around what the 2020 outfield will look like. Mozeliak has some thoughts on the outfield competition being "wide open" heading into 2020.

RELATED: An early look at what the Cardinals' musical chairs of an outfield could look like in 2020

"I think for people that sit in my seat that's exciting and we want to see what we have," Mozeliak said. "I think from the fan base that can be a little frustrating, and why not just go out and sign someone that's the sure thing? But we feel we have a lot of talent in that outfield and we want to see it play out."

And what about Dylan Carlson? It turns out Mozeliak is as excited as most other Cardinals fans to see the top prospect in the majors soon. The Cards' President has some high praise for the organization's minor league player of the year, and says he has some of the highest upside of any player he's seen come through the system since he's been with the team.

"I hate to do this, but [Carlson compares to] the Albert Pujols type or the Oscar Taveras type," Mozeliak said. "From an offensive standpoint he's done a lot at a very young age. I don't want to put too much pressure on him because lots of things have to happen, but he's also one of those players that's a very complete player. Good defensive player, physically maturing right now, and there's a lot to be excited about him and I imagine at some point in 2020 we'll see him."

There's also the Carlos Martinez question. Is he back in the rotation to start 2020, or will we see him out of the bullpen?

"I think as of right now he's a starter," Mozeliak said. "But there are a lot of hurdles that have to be jumped over before we know that as factual, but he's approaching this offseason to come to camp as a starter."

And with Jordan Hicks still sidelined after Tommy John surgery, the Cardinals are still facing a question at closer. That looks to be another area where some spring competition could determine a role.

"Obviously there's still a lot of time," Mozeliak said. "We could add an arm between now and spring training, but you look at somebody like a Ryan Helsley who could step up and take that."