Happy 81st birthday to one of St. Louis' most adored sports icons! 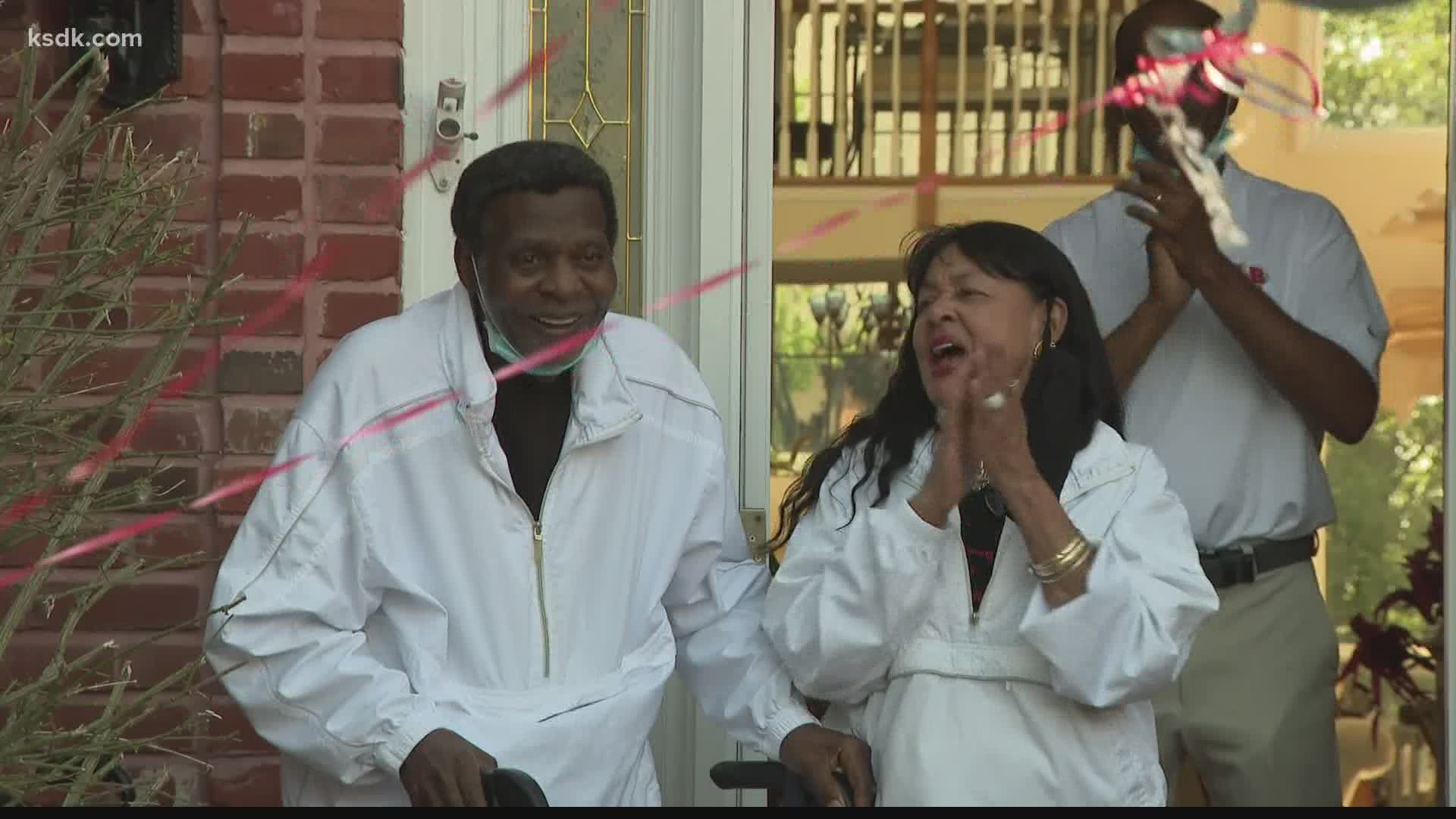 On Thursday, family and friends gathered at Lou's house to wish him a happy 81st birthday, and serenade him in song.

Baseball's former all-time stolen base leader was greeted at his front door by about 20 people wishing him a happy birthday.

The Cardinals traded with the Cubs for Brock on June 15, 1964 in one of the most lopsided trades in the history of sports.

Brock went on to become baseball's all-time stolen base leader (before Rickey Henderson broke his record in 1991), had more than 3,000 hits, won two World Series titles in St. Louis and was inducted into the National Baseball Hall of Fame.

In recent years, Brock has battled blood cancer and had his left leg amputated below the knee due to an infection related to diabetes.