'Cardinal nation... he loved you as much as you loved him' | Lou Brock, Jr. releases statement about his late father 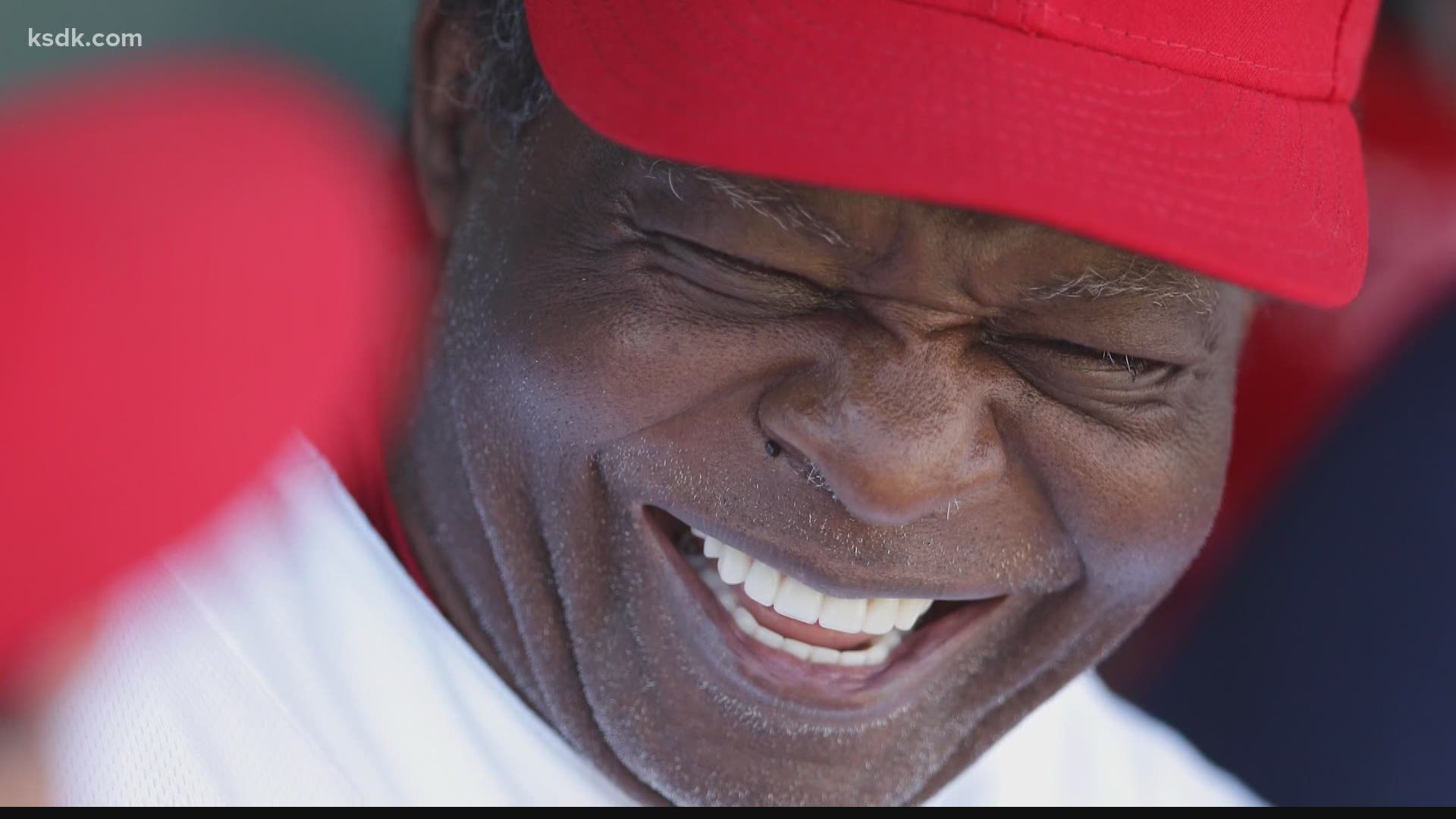 ST. LOUIS — Since the death of Cardinals Hall of Famer Lou Brock on Sunday, tributes have been pouring in around the sports world and the country.

Fellow players, broadcasters and fans have shared their favorite memories of the Cardinals legend, who passed away at the age of 81 after battling multiple health conditions.

On Tuesday, a man with a unique perspective of the Hall of Famer released a statement. Lou Brock, Jr. paid tribute to his father in this statement:

"I am certainly going to miss my dad. And I at a time when she is ready, my stepmom will certainly share her thoughts, and family thoughts, on her husband.

"Growing up in St. Louis as Lou Brock, Jr. was a wonderful experience. Everyone says St. Louis is a baseball town, and my father absolutely was a baseball guy. What is so amazing to me is how St. Louis’ love for baseball has been honored with the likes of Jack Buck, Bob Gibson, Stan Musial, and all the wonderful guys. To know my dad’s name honors the city, as well as MLB, is a gift.

"By virtue of being his son, I have met so many famous and influential personalities. And the one common thing I heard is they all had admiration for my dad. Genuine admiration. I have to say it is well deserved since my memories of my father are full of him helping or speaking humanely to anyone. I recall a hospital executive telling me how they never had to call the Cardinals to see if my dad could come visit children fighting illnesses because he would just show up with no one asking. And I thought, wow, he never mentioned that he just did it. I guess he saved the fanfare for the field.

"I’ll remember him as a ball player that did not complain, did not speak bad words, he just went to work and put on a show for the crowd. I recall the days at Busch stadium; the way the anticipation began when he came onto the on deck circle. There was that buzz in the crowd, that energy that started to develop. I don’t need to say what happened from there, we all know. He’s safe!

"As a son this may be biased, but there are two distinguishing qualities about my father. First is the way he achieved success with his mental acuity and mental toughness. Generally is it said how he could hit, and how fast he could run. But I first-hand witnessed him mathematically define the base stealing concept. He did it in a day with no digital video, the only tools were tape measures, stop watches, and borrowed cameras from the news station. Doesn’t that make him as much a scientist as athlete?

"Second thing is the myriad of things he did after his career, what he did with the fame he accumulated. Since I had gone off to college, I didn’t first hand witness all he did. But it was a lot! Mainly his acceptance of the Lord Jesus Christ as his Savior. When Mrs. Brock is ready, I am sure she will share details on these things with everyone.

"To Cardinal nation, And I will tell you one undisputable fact: He loved you just as much as you loved him. I am proud to have shared my dad with you.

"I salute you dad, to a life well-lived! I thank God for the blessing of Lou Brock as my father."