Opinion | Will MLB's return plan work? Will it be safe?

Is MLB's proposal as far-fetched as the NHL's idea of a comeback? Find out what we had to say about it. 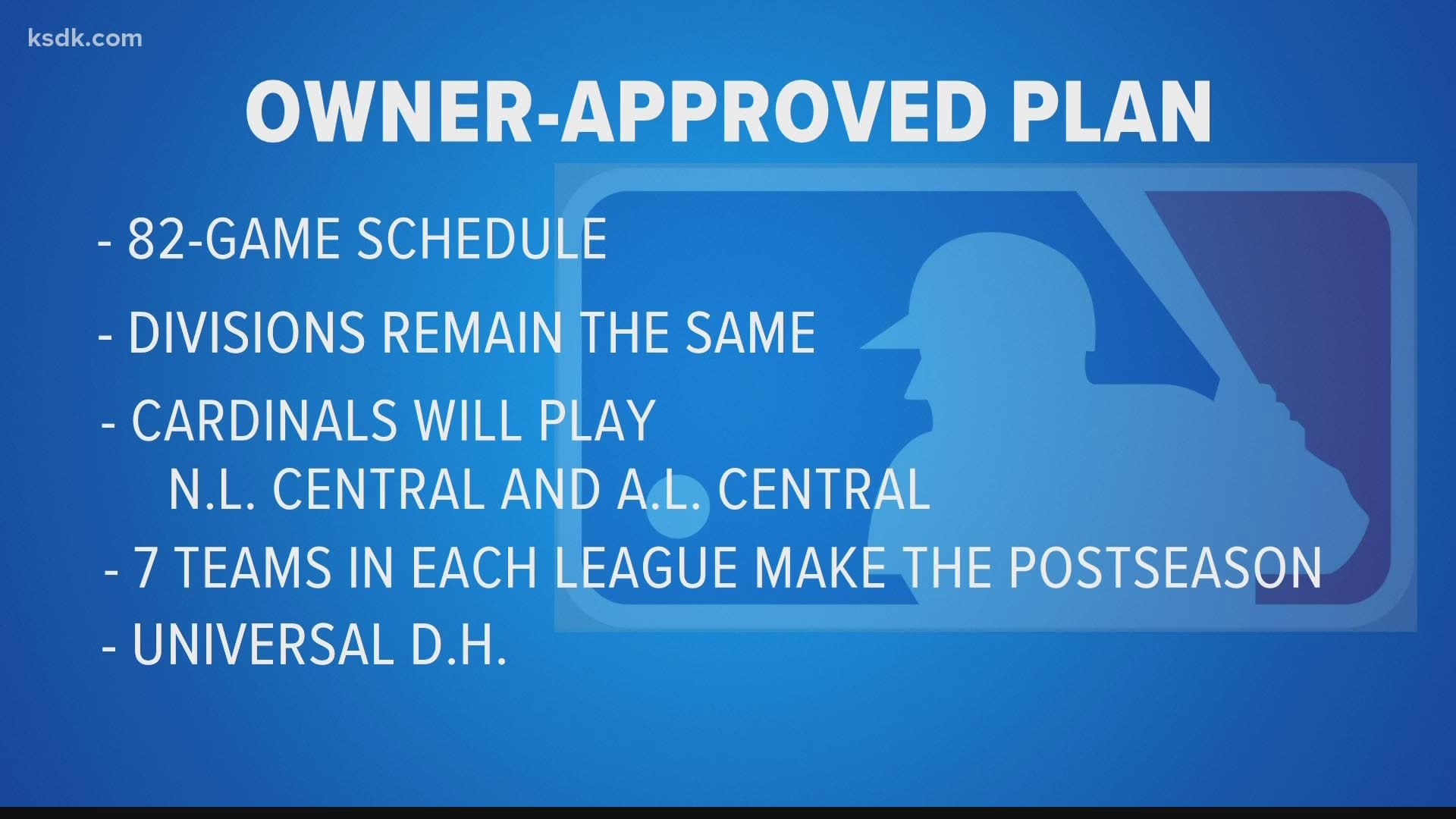 ST. LOUIS — Two weeks ago, I wrote a piece for St. Louis Game Time about why I thought the idea of hockey returning just didn't work. What about baseball's plan for a comeback?

Major League Baseball owners agreed on a baseball return yesterday, targeting a Fourth of July return proposal. The plan includes no fans in the stands for a moderate portion of the season with the games taking place in certain stadiums around the country. The All-Star Game is most likely trashed, and the designated hitter would be universal, aka here to stay even after 2020.

But can it work and more importantly, is it safe? Let's break this down little by little.

Taking away fans is important and a step in the right direction, but is there enough testing country-wide for players to gather on a field? Also, will players and owners agree on salary? On March 26, there was an agreement that centered around players receiving a portion of their salary determined on the number of games played. While players have reportedly placed their concerns around the safety measures and how protected they will be from COVID, these are highly paid and pampered human beings we are talking about. In the end, it's always about money.

The real deal here is testing. The availability will have to be far better than it is right now because the players will need weekly tests at the very least. Will it be available for coaches, players, and anyone else in the stadium? Even without fans, anyone on duty around that ballpark will need testing on a weekly basis.

RELATED: Commentary | Why an Albert Pujols swan song in St. Louis would be fitting

Speaking of no fans, can the league go 82 games without the concessions, merchandise, and overall money made at a sporting event on even a random Tuesday evening? This is the part of the owners' proposal that could be a sticking point, due to the agreement including a 50/50 revenue share after the regular season and postseason are factored in. Is it better to just wait until the 2021 season, where minimal fan attendance at the very least is possible?

Now, let's talk about the differences between baseball and other contact-driven sports, and how that favors a return. This is simple and needs to be included in the thought process. Baseball involves a group of players spread out across the field, as opposed to other sports where players must be more closer to each other. The closest baseball players get is at home plate or around first base when a runner is held on. Bullpens have spacious areas, and the players could position themselves in the stands around the dugout to create the proper amount of social distancing.

You can limit player contact in baseball far easier than you can in hockey. Players have to collide or be very close together in hockey, football, and basketball. It's part of the sport. Sweat, saliva, and blood easily go from one player to the next. Baseball can perform without much contact. You could make an adjustment to the ability of a runner to steal so the first baseman doesn't need to hold him on, thus making it even safer and keeping the infection rate much lower.

This is important because one infection shuts down the league. Dr. Fauci, or whoever signs off on the final proposal once it gets past the players, will tell you that. That's how sports came to a screeching halt in the first place. An NBA player tested positive for COVID, and the rest of sports were shut down less than a week later. There needs to be a plan in place for when that does happen and what it would mean.

This all comes down to the league-players and team officials-understanding the severity of their actions during this time of play. Are players going home, or will they be forced to stay in separate housing for the duration of the season? If they go home, the families would need to be tested to keep everyone safe? You have to account for everyone because this virus feeds on human neglect: such as forgetting about distancing, healthy tactics to ensure safety, and overall prevention of infection.

Can it work? Like hockey's proposed summer return, I think there are multiple problems, especially if testing is limited in any capacity. There are easy pratfalls that need to be avoided. Salary is going to be a sticking point until the end. Revenue for both sides who won't get the dollars from fans being in the stands is certain to cause friction.

But, if the RIGHT medical professionals (ones not paid by the league) sign off and limitless testing is waiting in the wings, I can see how MLB could return. It won't be pretty or even close to the same without fans in the stands, but I don't think it's hopeless.

A couple of weeks ago, I wrote that the NHL returning this summer was far-fetched. While it is layered with many of the same problems and hard to lasting without issue, MLB's proposed return is less far-fetched.

For now, I'd let this marinate and see how the players respond and how the infection rate plays out over the next couple of weeks.

What are your thoughts?