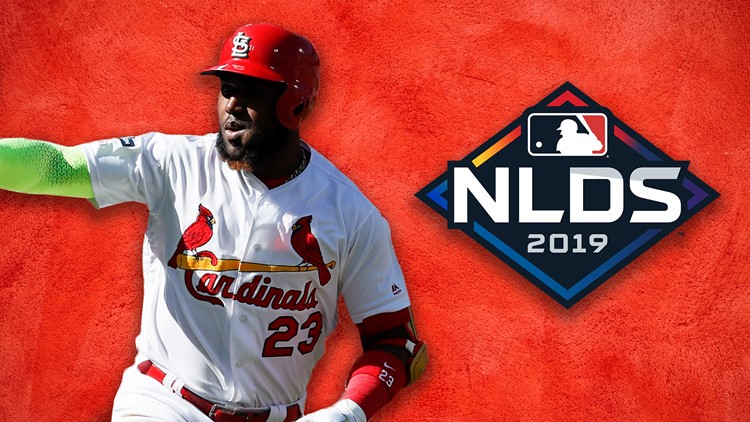 Marcell Ozuna is feasting in his first taste of the postseason

ST. LOUIS — We weren't quite sure which version of Marcell Ozuna we were going to see in the 2019 postseason.

In September, Ozuna struggled mightily, hitting just .160 with and on base percentage of .282 in 26 games.

That Marcell Ozuna seems like a faint memory now.

The 'big bear' is feasting in his first taste of playoff action.

In four games of the NLDS, Ozuna has destroyed Braves pitching. He has a .471 batting average, 1.000 slugging percentage, four RBI and five extra base hits including two home runs.

Ozuna's success has brought an especially big smile to his manager's face, who is having fun watching his left fielder make the most of his opportunity.

Ozuna is just living in the moment, and is appreciative about finally getting his chance to shine on the biggest stage in baseball.

"I'm happy to be here right now," Ozuna said after Game 4. "This is the kind of moment I've been waiting for for a long time and right now I have it right here."

You can tell how much it means to the 28-year-old free agent to be, too. Ozuna plays with a lot of emotion, and is going to show you just how much fun he's having out there.

That was never more apparent than after his clutch double in Game 1 in Atlanta.

"For me, it's amazing," Ozuna said after Game 1. "It's my first postseason. Especially when my family and my country, the Dominican Republic is watching me, I just try to do my best."

The way the Cardinals' offense is going, they're going to need Ozuna to continue carrying the load. Other than Ozuna and Paul Goldschmidt, the Cards' lineup has been pretty much dormant against the Braves.

Ozuna and Goldschmidt have 15 hits between the two of them.

So feast away, big bear. Your team's chances in Game 5 might depend on just how big a bite you can take out of Mike Foltynewicz and the Braves bullpen.