Commentary | What in the world should the Cardinals do with Matt Carpenter in 2021?

Matt Carpenter might be the most polarizing player among the Cardinals fan base right now. So, what should the team do with him in 2021 if he continues to struggle? 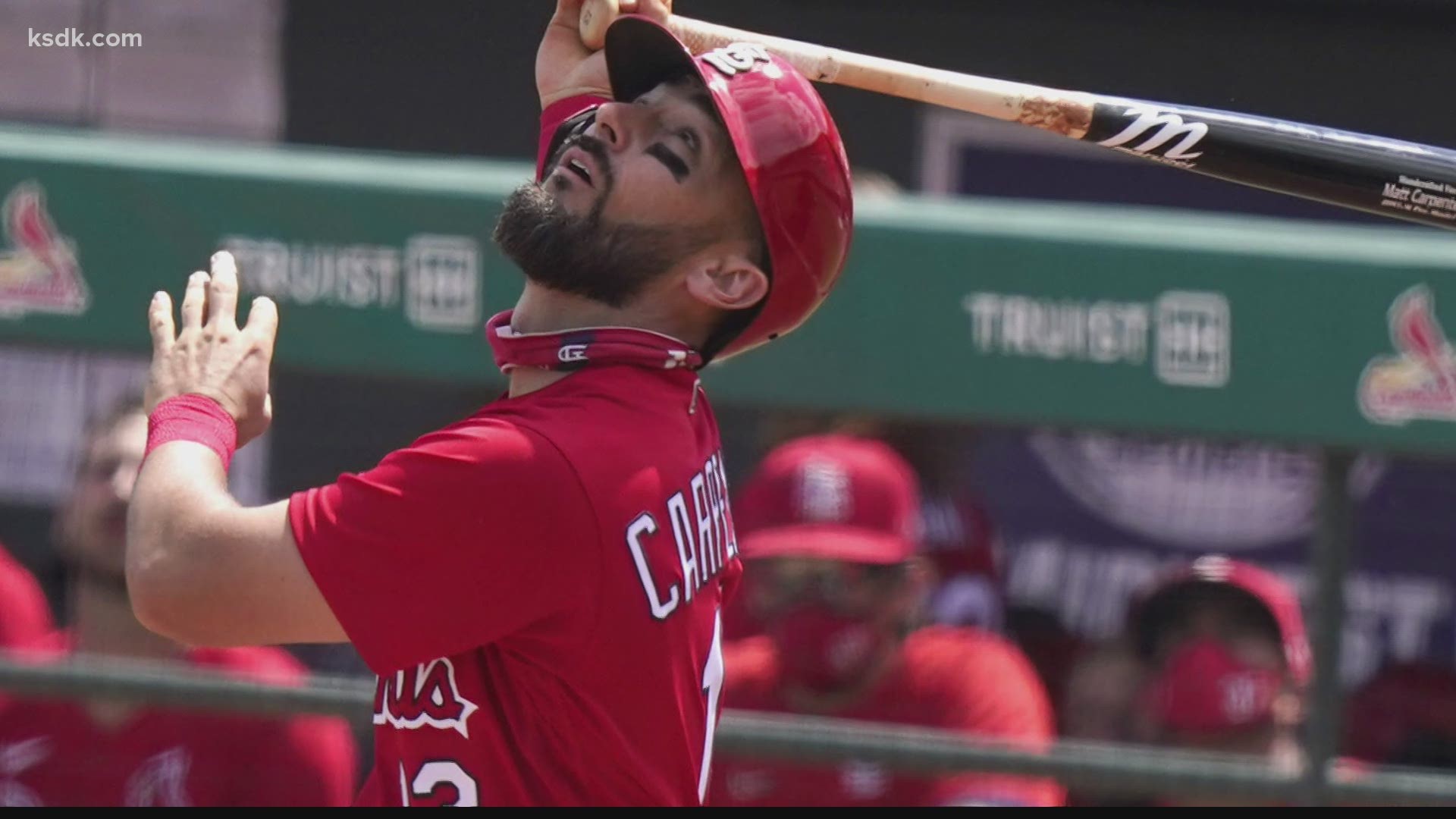 ST. LOUIS — There's not a more divisive name you could bring up to a Cardinals fan right now than Matt Carpenter.

Everyone's got a Matt Carpenter take. Some are well-reasoned, and a lot are, well... not.

But it is one of the most fascinating questions facing the 2021 Cardinals. What in the world do you do with this guy? I can't say I envy Mike Shildt here.

Yes, he's still working walks from time to time, which is something he's always done (often frustratingly going deep into counts looking for a walk only to strike out looking), but it's not nearly enough to cover up for the anemic performance from the rest of his offensive output, or on par with the on-base machine he used to be.

This is the last year on his contract and he'll net $18 million in 2021. Which makes him all but immovable to another team. (Unless the Rockies want to get weird again I guess.)

But something is different about this year. The Cardinals may have to pay him, but they don't have to play him.

The arrival of Nolan Arenado signaled the death of Matt Carpenter as the starter at third base. The departure of Kolten Wong to Milwaukee may have opened the door for Carpenter at second base, but Tommy Edman's impressive skillset and dynamite spring shut that door, too. At least it should.

Matt Carpenter's roster spot to start 2021 was never in doubt. The contract is still there, the respect between organization and player is still there and the faith from his manager, albeit probably thinner than ever, is still there that he can contribute.

Mike Shildt and Carpenter himself have said all the right things this spring. He's accepting his role and knows he needs to be better. But just how much does that respect go if Carpenter starts the regular season two for 37?

I'm a huge believer in not wasting roster spots. If you have someone on the bench, you better be comfortable putting them out there. Will there come a time when we're seeing John Nogowski making late-game pinch-hitting appearances against righties while the lefty Carpenter just sits and watches? Hopefully not, but that's something the Cardinals need to prepare for as a legitimate possibility.

Matt Carpenter has been one of the best Cardinals of the past 20 years. That's not hyperbole, it's a fact. But that's not where we're at right now.

As our own Frank Cusumano likes to say, "father time is undefeated". For some like Adam Wainwright, the battle lasts longer than others. But perhaps the wear and tear of a life in baseball has taken its final toll on Matt Carpenter. Every player is different.

There's no doubt he's going to get his shot. So Cardinals fans should cool it with their groaning. He'll spot Arenado on the occasional day off, get some time backing up Edman and be that first guy off the bench in a late-game pinch-hitting situation to start the year.

But if this is truly a team that thinks it has a chance to win in October, it can't have a guy they view as a liability just hanging around on the bench taking up a spot. It'll be up to Shildt and Mozeliak where that line will be drawn and what can be done about it.

But it could be a very awkward summer for Matt Carpenter and the Cardinals if things stay the same for one of the most celebrated Cardinals in recent history.