Once a playoff hero, Matt Carpenter now looms as a secret weapon for the Cardinals

He didn't have the salsa-fueled turnaround we saw in 2018, but Matt Carpenter could be the X-factor for this year's team. 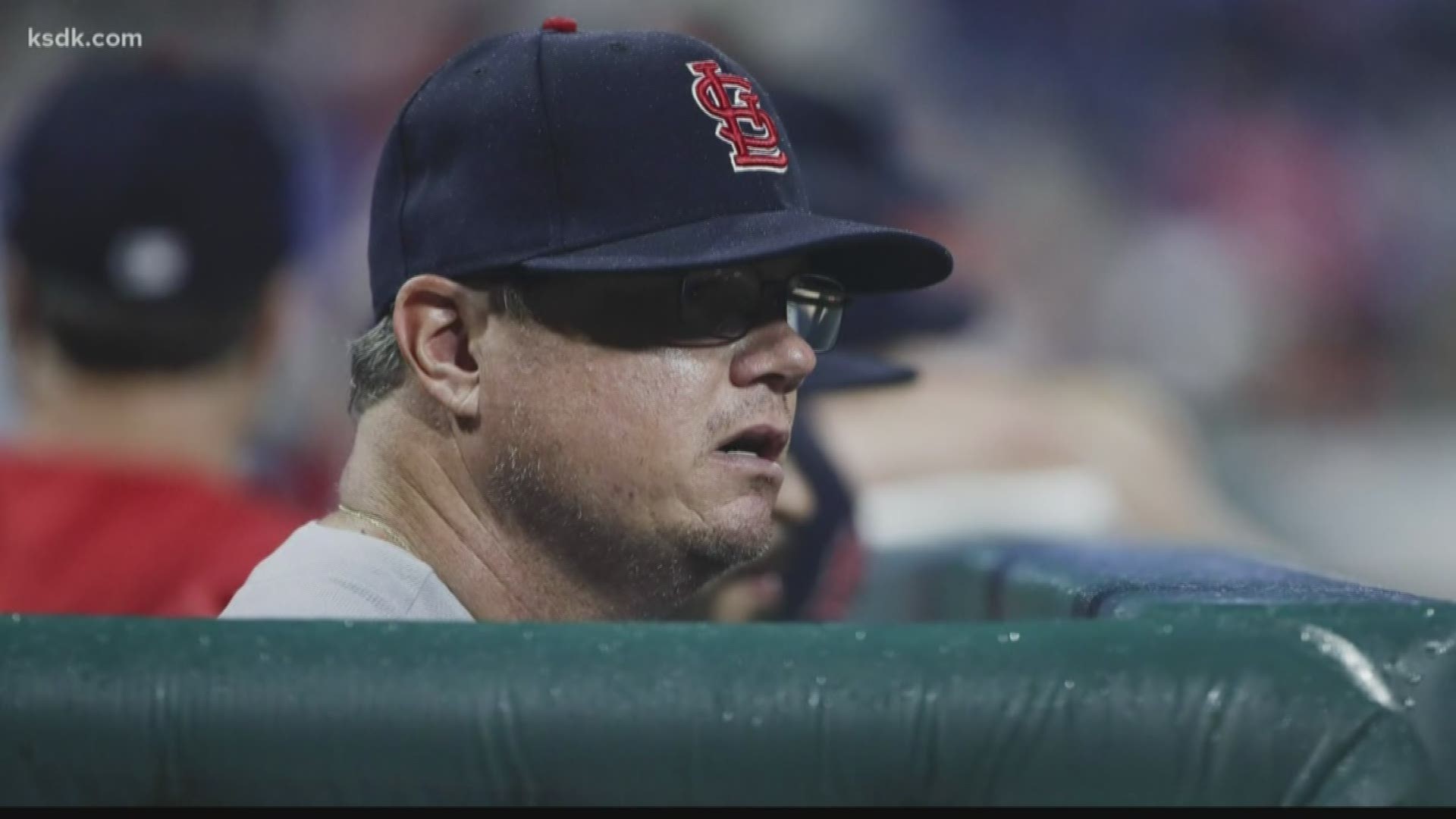 ST. LOUIS — Every postseason needs an unexpected hero. A contributor that most picked to stay far away from success or make a dent during the most important games of the year.

Before 2019, a St. Louis Cardinals' fan would never place Matt Carpenter into that role. After all, few can forget his demoralizing, bases-clearing double off Clayton Kershaw in the 2014 National League Division Series in Los Angeles. Overall, he's a .243 postseason hitter, but six home runs and a .449 slugging percentage shows he's a threat.

But this past season makes Carpenter anything but a sure bet to get a timely hit.

Despite his 2019 performance, he looms as the bat another team may not see coming in this Cardinals-Braves playoff series. With the team needing all the hitting it can get, a secret weapon in Carpenter could go a long way. Mentioning him and "secret weapon" should come off as quite the shock.

He spent most of 2019 in a slump, injured or trying to find his swing (sometimes all three at once). He finished with 15 home runs, and his 37 extra-base hits were the fewest he's had since 2012. Every part of his slash line made for career lows as well, with even the on-base percentage dipping down to a un-Carp-like .334.

There was no magical turnaround this season, no salsa-infused revival. After a disastrous start in 2018, Carpenter finished with some MVP votes. But the tailspin started last September and didn't slow down that much when this season began. Carpenter either didn't look comfortable, swung at the wrong pitches, looked at the good ones or just came off as a man out of sorts.

Last month, however, revealed the early stages of a revival. The .863 OPS represented his best month of the season. He was getting on base more often and slugging as well. Basically, he was messing up less. Carpenter's five doubles were also a season-high for a month, and his thrilling home run off Craig Kimbrel at Wrigley Field is arguably the biggest hit of the season.

More importantly, Carpenter's swing looked surer than ever. Sure, there were nights where the strikeouts stacked up and he didn't utilize the opposite field, but there were more days like Sunday's finale where he put one into the seats in left-center.

These days, Carpenter is a part-time player. If Kolten Wong is a go and Harrison Bader stays in center field, Carpenter may not have a spot to play. Mike Shildt isn't going to sit Dexter Fowler or the hottest bat on the team in Tommy Edman. Finding Carpenter at-bats won't be easy, but I am confident he can find his swing and make a big impact if given the chance.

There's nothing quite like playoff experience. Players coming through on the brightest stage of all, and Carpenter has done just that against the best of the best. If his bat is pointing in the right direction and the baseball looks more like a beach ball and less like a golf ball to him, he'll win a game or two for this team.

When it comes to hitting and scoring runs, St. Louis needs all the help it can get.

While people once looked at him as a lethal weapon, Carpenter could now emerge as the most secret of weapons.

He's the X-factor for me in this Cardinals-Braves series. 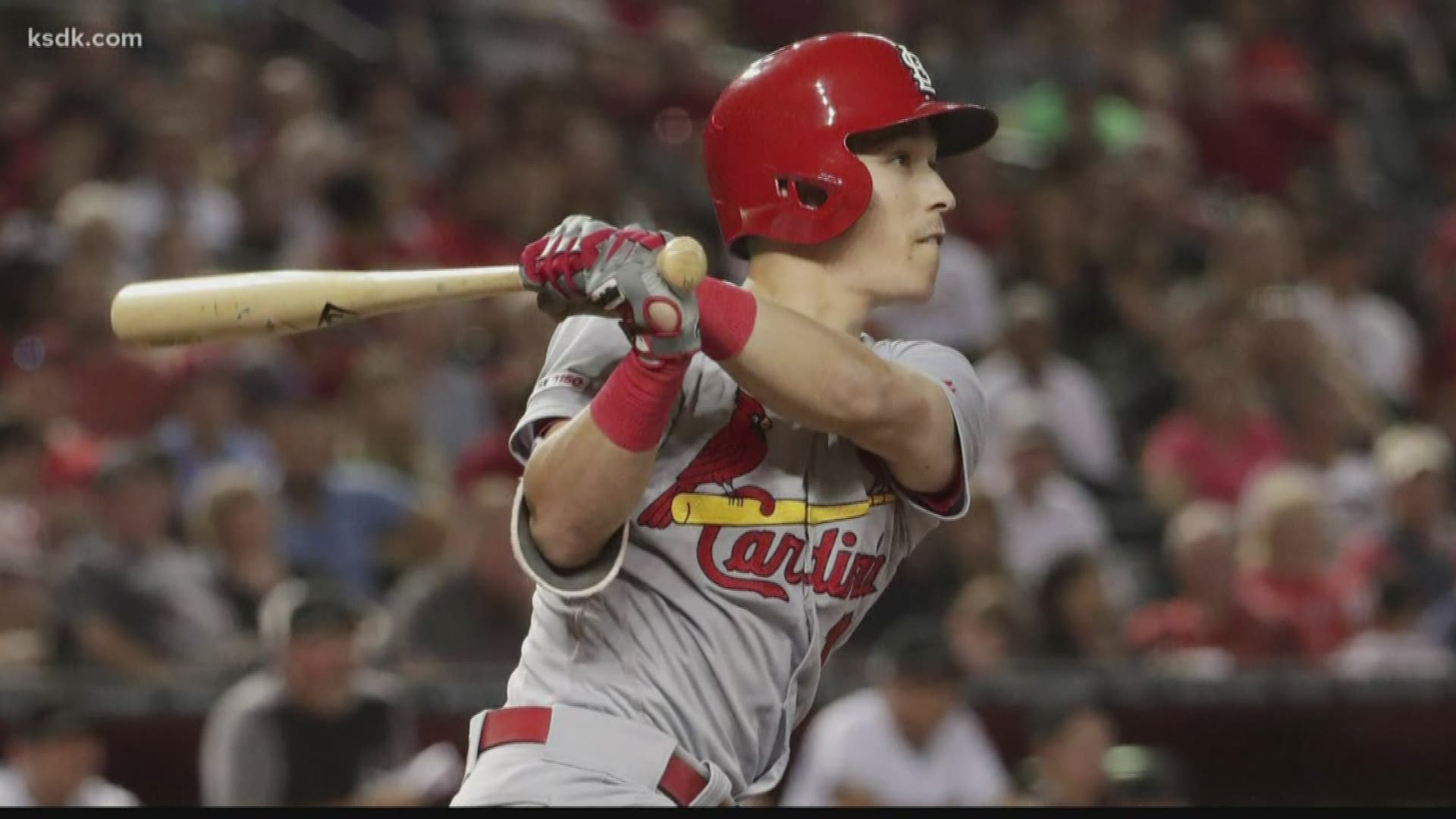 RELATED: Kolten Wong is back for the Cardinals in the NLDS

RELATED: Cardinals need Goldschmidt, Ozuna to be at their best to find October success

RELATED: Opinion | Go ahead and call it a comeback! Cardinals return to power in NL Central