The ending was ugly, but that shouldn't discredit the entire body of work. Matt Carpenter had a great career in St. Louis 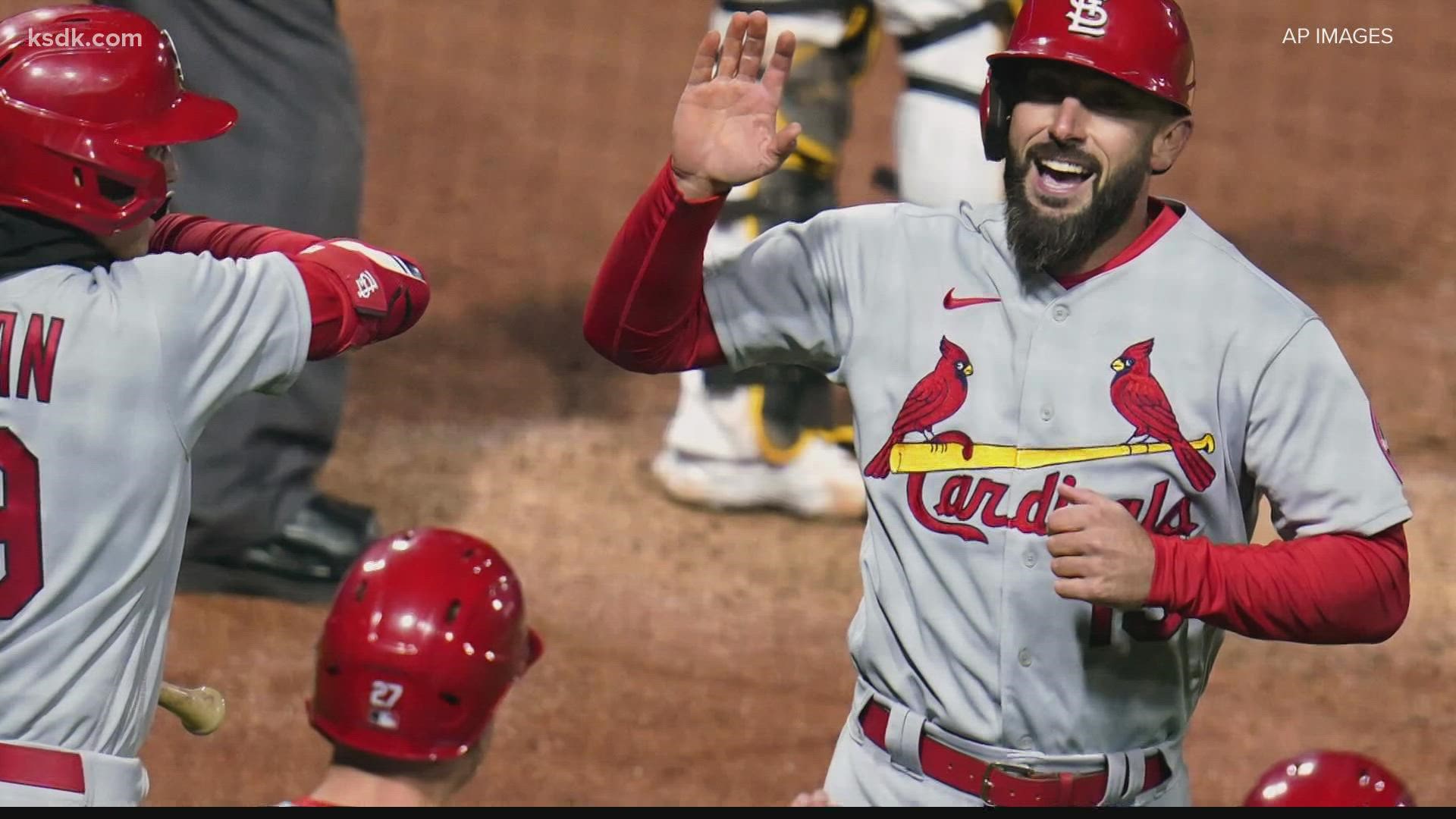 ST. LOUIS — Of the 323 Major League Baseball players who got at least 240 plate appearances in 2021, Matt Carpenter had a higher WAR than just 26 of them.

There's no denying the fact that the last few years have been ugly for Carpenter. But it shouldn't taint his entire body of work in St. Louis. Matt Carpenter was a great Cardinal.

The Cardinals officially elected not to pick up Carpenter's 2022 $18.5 million option on Thursday, making him a free agent. They opted the same route for starter Carlos Martinez.

The contract extension in 2019 was puzzling then and looks downright awful now. And fans have rightly been awaiting this day for a while. A .203 average and .671 OPS over the past 400 at-bats will do that.

But there was a whole lot of good before that nose dive, and Carpenter should be remembered fondly for it.

This is a dude who came out of TCU in the 13th round of the 2009 draft with absolutely no sure bet he was going to be a Major Leaguer.

Not only did he become a Major Leaguer, he was legitimately one of the best players in baseball over the span of a few years in the early 2010's.

In 2013, Carpenter led the Majors in runs, hits and doubles. He was a first-time All-Star, won a Silver Slugger and finished fourth in the MVP vote.

And who could forget his 2018 summer explosion? In 54 July and August games that season, Carpenter hit 20 home runs, drove in 37 runs, had an on-base percentage of .418 and an OPS of 1.097. That's one of the best two-month stretches in franchise history, and it even earned him some MVP votes.

You also can't talk about Matt Carpenter as a Cardinal without mentioning this classic postseason moment he delivered in 2014 against Clayton Kershaw and the Dodgers. It's undoubtedly one of the most memorable playoff moments in the past decade.

Listen, it's not Matt Carpenter's fault the Cardinals offered him a bunch of money they shouldn't have. Was he supposed to say? "Uh, no thank you."

Carpenter reached the coveted 10 years of service time in St. Louis, and when you look back at it all, most of them had a lot more good than bad in them.

Yes, the 2022 Cardinals are likely going to be better off without Matt Carpenter on the roster, but the player he ended here as is not the one fans should remember.

Carpenter didn't just have a good Cardinals career. He had a great one. Let's remember that.