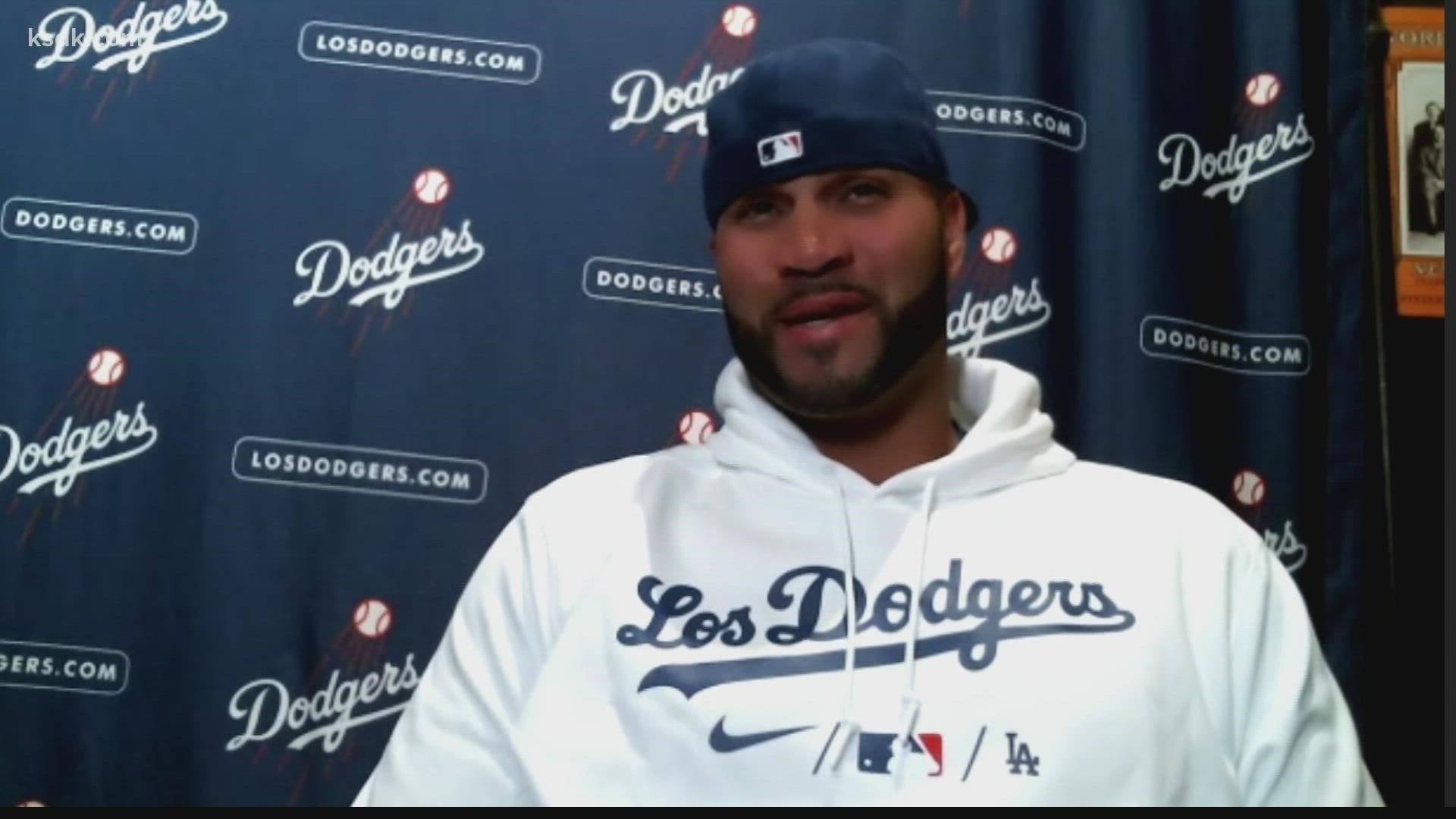 The problem for the Cardinals on Monday wasn’t the end of the game – it was the beginning.

About 22 hours after suffering a stunning loss to the Brewers on a walk-off grand slam, the Cardinals found themselves trailing the Dodgers 4-0 just 29 pitches into Monday’s game, before Max Scherzer had even thrown one pitch.

Miles Mikolas allowed a ground rule double to Trea Turner on his second pitch and retired only one of the first six hitters he faced, with Chris Taylor’s two-run homer capping the inning that sent the Dodgers to the Labor Day win at Busch Stadium.

“The action happened pretty quick,” said Cardinals’ manager Mike Shildt. “It was a whole new ballgame after the first but the first still counted.”

Scherzer, making the sixth regular-season start of his career in his hometown, cruised through the eighth, scattering six hits while striking out 13 and not walking a batter. The only run he gave up scored on a passed ball.

His 13 strikeouts were the most by an opposing pitcher in the history of Busch Stadium 3. The last pitcher to have more than that against the Cardinals in St. Louis was the Reds Ron Villone, who struck out 16 on Sept. 29, 2000.

The last Dodgers pitcher with a 13-strikeout game in St. Louis was Sandy Koufax in 1966.

The loss left the Cardinals 3 ½ games out of the second wild-card spot, which currently would go to the Padres. They also are behind the Reds and Phillies.

About the only drama in the game was whether former Cardinal and future Hall of Famer Albert Pujols would get an at-bat. A loud “we want Albert” chance broke out late in the game, but he remained on the bench and did not appear as a pinch-hitter. He is expected to start at first base on Tuesday night, according to the Dodgers.

Here is how Monday’s game broke down:

At the plate: Five of the Cardinals hits came from their top two batters in the lineup, Tommy Edman and Paul Goldschmidt. Edman doubled in the first and singled in the sixth, leading to the Cardinals’ only run. Goldschmidt, who had been just 2-of-28 in his career off Scherzer, had three hits – singles in the fourth, sixth and eighth … The only other hit was a single by Edmundo Sosa in the seventh … Edman now is 4-of-9 in his career off Scherzer, while the rest of the current Cardinals, either on the active roster or the injured list, are a combined 25-of-153, a .163 average, with Edman having hit the only home run, in 2019.

On the mound: Mikolas settled down after the first, allowing only one additional run over the next four innings. The Dodgers had only two baserunners off Mikolas after the first, on a walk and an RBI single by Corey Seager in the third … Mikolas retired the last seven hitters he faced before Andrew Miller, Kodi Whitley – who threw two innings – and Daniel Ponce de Leon combined to retire the Dodgers in order over the final four innings, keeping the Dodgers without a baserunner after the third inning.

Key stat: The passed ball might have cost Scherzer a chance to throw the first shutout against the Cardinals at Busch Stadium since Kyle Kendrick of the Phillies blanked them on May 26, 2012.

Worth noting: The Cardinals activated Miller from the injured list and designated Brandon Dickson for assignment … Matt Carpenter made his first start since Aug 14, and only his eighth since the All-Star break, as Nolan Arenado got the day off. Carpenter’s last hit came on Aug. 7 and he is now 0-of-22 since, although he has drawn five walks … Dakota Hudson is expected to throw about 50 pitches when he starts for Double A Springfield on Tuesday night. Hudson likely will make two more rehab starts before the Cardinals decide whether to activate him for a relief role for the final stretch of games of the season … Monday’s game drew a crowd of 43,075, the largest of the season at Busch Stadium.

Looking ahead: J.A. Happ will start the second game of the four-game series on Tuesday night.