Nola allowed just two Cardinals hits in the shutout, striking out 10 and not walking a batter 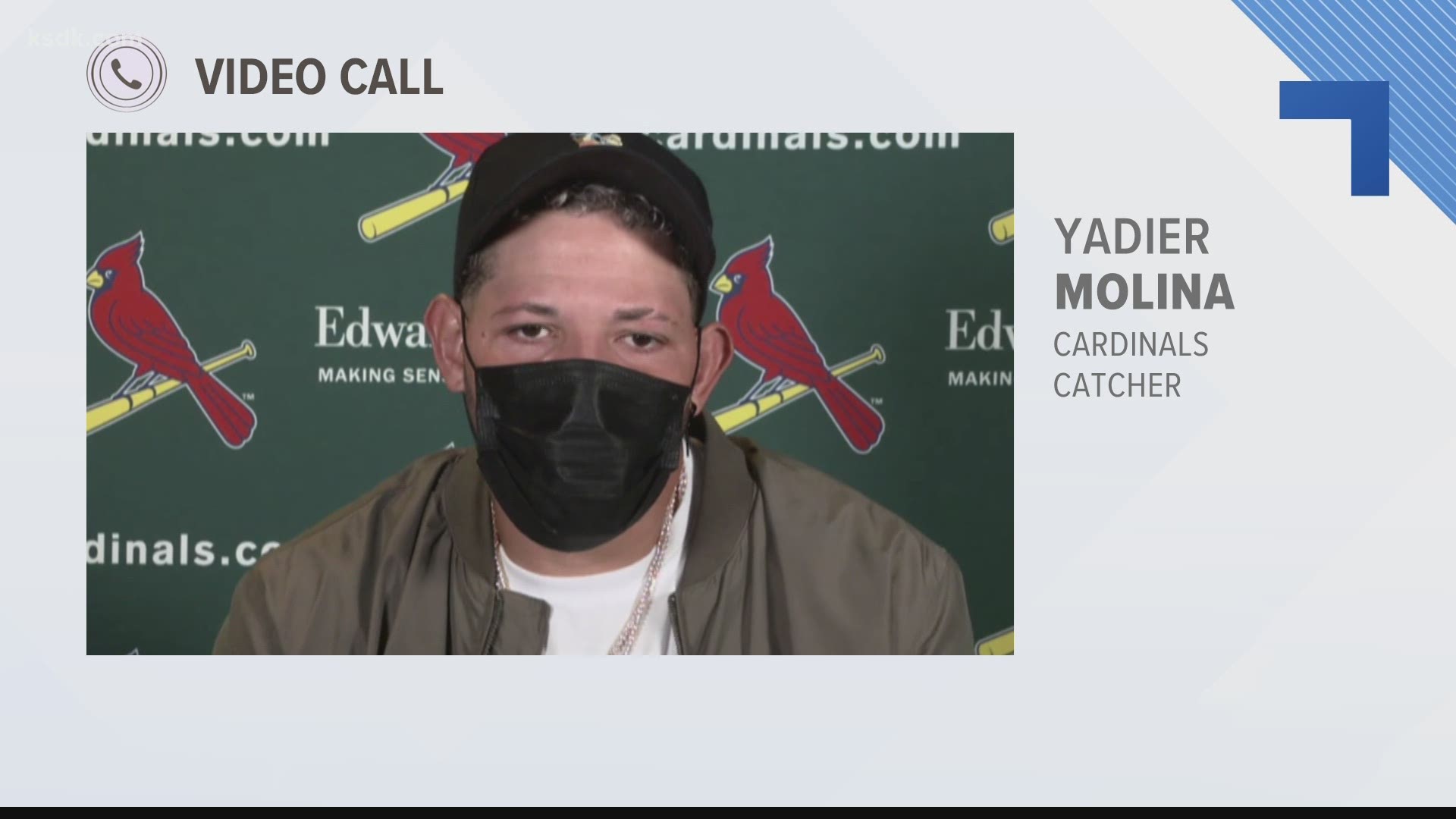 It was another day of frustration for the Cardinals offense on Sunday, but at least for one day, the reason seemed obvious.

None of the Cardinals hitters could solve Aaron Nola.

Nola allowed just two hits in the shutout, striking out 10 and not walking a batter. The last pitcher to do that against the Cardinals was Jacob deGrom of the Mets on May 21, 2015.

“That guy was really, really good,” manager Mike Shildt said of Nola. “He pitched a really good game – nothing in the middle, off-speed for strikes, fastball with life at the top of the zone, put it where he wanted. I don’t know if he missed a spot the whole day. Tip of the cap.

“You don’t see many complete games these days and he more than earned his.”

The only hits for the Cardinals were a leadoff single by Yadier Molina in the second and a leadoff single by Paul DeJong in the eighth. Their only other baserunner was Tommy Edman, who reached on an error by Nola, dropping a throw as he covered first, with two outs in the third.

None of those runners advanced past first base.

None of the hitters was more frustrated than Matt Carpenter, who struck out in all three of his at-bats.

“We don’t see a ton of complete games in this era and the guy goes out and throws nine innings the way he did, he’s obviously doing something really well,” Carpenter said. “He just made it really tough on our hitters and we didn’t get a lot going on. You’ve got to give credit to him.”

At the plate: Nola retired 13 batters in row between Edman reaching on the error in the third and DeJong’s single in the eighth. Only one of those batters hit the ball out of the infield … Edman’s career-best hitting streak was snapped at 12 games. It was the longest streak by a Cardinals leadoff hitter since Carpenter got a hit in 14 consecutive games in 2016 … Edman did extend his streak without a strikeout to 23 consecutive plate appearances … Nine of Nola’s 10 strikeouts came against the Cardinals fifth through ninth hitters. In addition to Carpenter’s three strikeouts, DeJong and Justin Williams each struck out twice.

On the mound: The Phillies took a 1-0 lead in the first on a long home run by Bryce Harper off John Gant, snapping his streak of not allowing a home run at 44 innings that dated back to July 18, 2019 … Gant kept it a one-run game until Harper’s double led to a sacrifice fly by Alec Bohm in the fifth … Andrew Miller, Giovanny Gallegos and Tyler Webb covered the last three innings, with the only hit allowed a single by Harper off Gallegos in the seventh.

Key stat: In their last 39 innings, covering four-plus games, the Cardinals have failed to score in 36 of those innings. They scored in two innings on Saturday and one inning on Friday night and have been shut out in two of their last four games.

Worth noting: In his eight games against the Cardinals since signing as a free agent with the Phillies, Harper has gone 14-of-28 with seven doubles, three homers and 14 RBIs … The last time the Cardinals were shut out in Philadelphia, getting two or fewer hits, was when Steve Carlton allowed just one hit in a 7-0 win on April 26, 1980 … The Cardinals saw their streak of hitting at least one home run in Philadelphia end at 17 games, the longest streak ever by a visiting team in Philadelphia.

Up next: The Cardinals traveled by train from Philadelphia to Washington, where they will open a three-game series on Monday night against the Nationals with Jack Flaherty on the mound.