'I've been amazed with this team. We keep coming': Nolan Arenado talks about entering first postseason with Cardinals

"There's nothing that matches this. You gotta try and slow it down. But I think we'll be ready to go. We'll be more than ready," Arenado said of the Wild Card Game 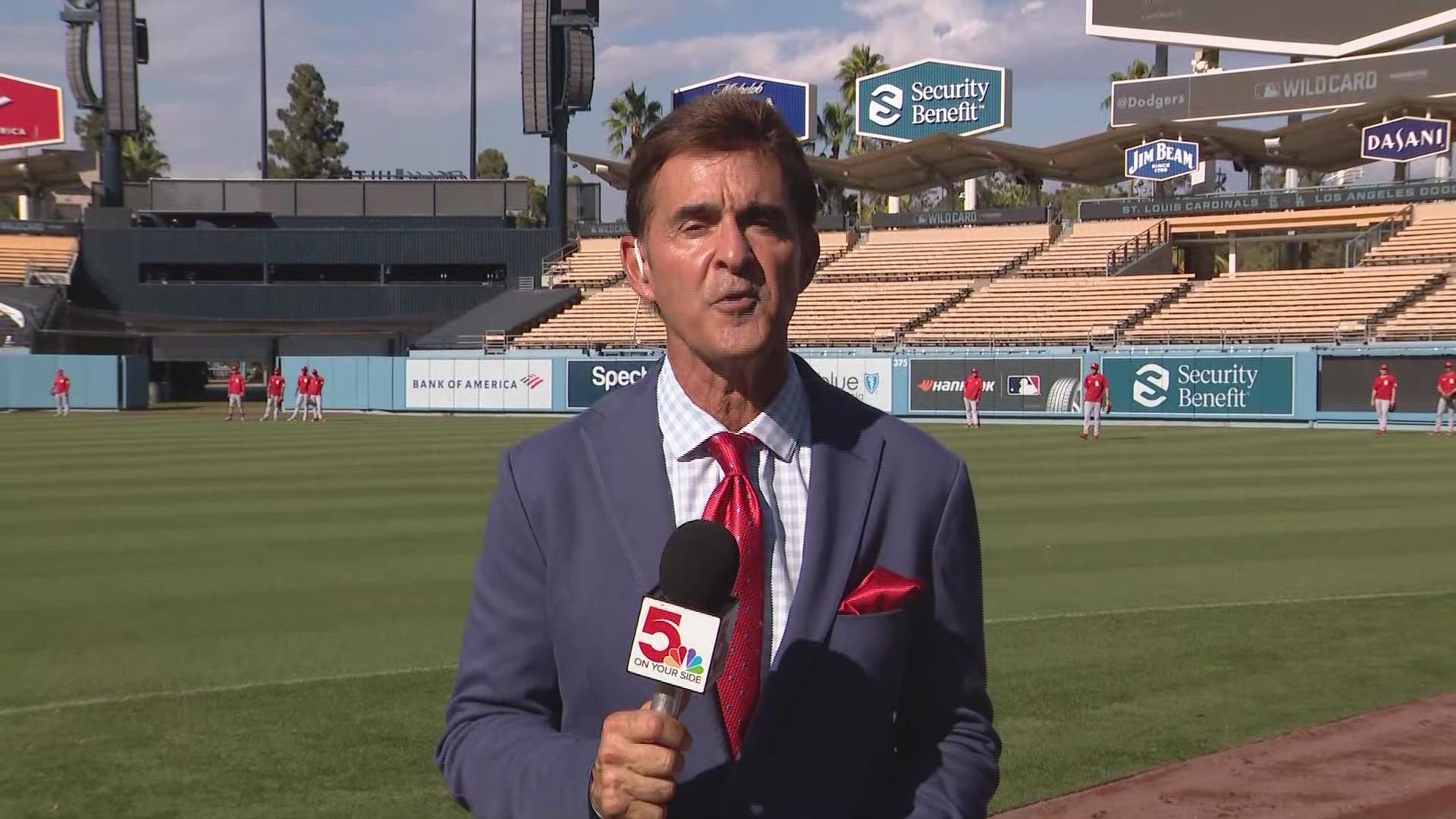 LOS ANGELES — Nolan Arenado played in five playoff games in his eight seasons in Colorado. On Wednesday he'll play his first of an expected many as a St. Louis Cardinal.

However, it could easily be his only playoff game of 2021, as the Cardinals face the Los Angeles Dodgers in the winner-take-all National League Wild Card Game on Wednesday.

Arenado has played in two of these such games as a member of the Rockies, losing to the Diamondbacks in 2017 and beating the Cubs in 2018. He knows just how intense they can be.

"This is one game. It's different than any other game. As far as you just don't hold back on it. You do everything you can to win. You throw everybody. Starters will be in the bullpen. You're not really saving anybody for anything," Arenado said on Tuesday at Dodger Stadium. "You're just doing everything you can to win this game and hopefully move on. That's the one thing I noticed that's a little different. I think the matchups will be a little bit different. Trying to match up with guys, you know this year there's a three-batter rule and all that. I think in the Wild Card Game you're going to see a little but more matchups so everyone feels as uncomfortable as possible. That's just kind of how it goes. It's kind of a crazy game. Like I said you don't save nobody for nothing. Everyone's gotta be ready to go."

Speaking of being ready, the Cardinals come into the playoffs as the hottest team in baseball.

St. Louis was 23-9 in September and October in the regular season, with a franchise-best 17-game winning streak nestled in the middle.

The Cardinals were declared dead on multiple occasions this summer but kept themselves in the race. Arenado said that resilience makes them dangerous now that the pressure has been amped up to another level.

"I've been amazed with this team. We keep coming. We do. We've lost some tough games this year but we've found some ways to continue to compete and try and be there in the end," Arenado said. "There's no game that really rattled us and that was something that I was in awe of. Because after that walk-off grand slam (In Milwaukee) a lot of people probably wrote us off like 'this is it', but we kept coming and went on a great streak and now we're here."

Along with resiliency, the Cardinals leaned hard on their dynamite defense to secure an October berth. Other than catcher Yadier Molina, Arenado might be the most established defensive name on the roster, but he's been impressed with everyone.

"This is the best defensive team I've ever played on. As far as the outfield, the first baseman, obviously the greatest catcher ever and our infield has just been so solid. There's no doubt our defense, I think, is the best in the game," Arenado said. "And I think that's gonna help us win a game like this. We're gonna have to cover ground and make some plays. I would assume the Dodgers... hopefully not, but I assume they're gonna have good at-bats. They're gonna hit the ball hard and we've got to find a way to step them and make some plays."

But Arenado knows all roads go through Los Angeles at some point.

"If you're gonna go through the team to get to where you wanna go, the Dodgers are always gonna be in the way. That's just kind of how it goes," Arenado said. "We respect them, I have a lot of respect for their organization and how they go about it, and those players. But it's one game and we're going to try to find a way to win and beat them."