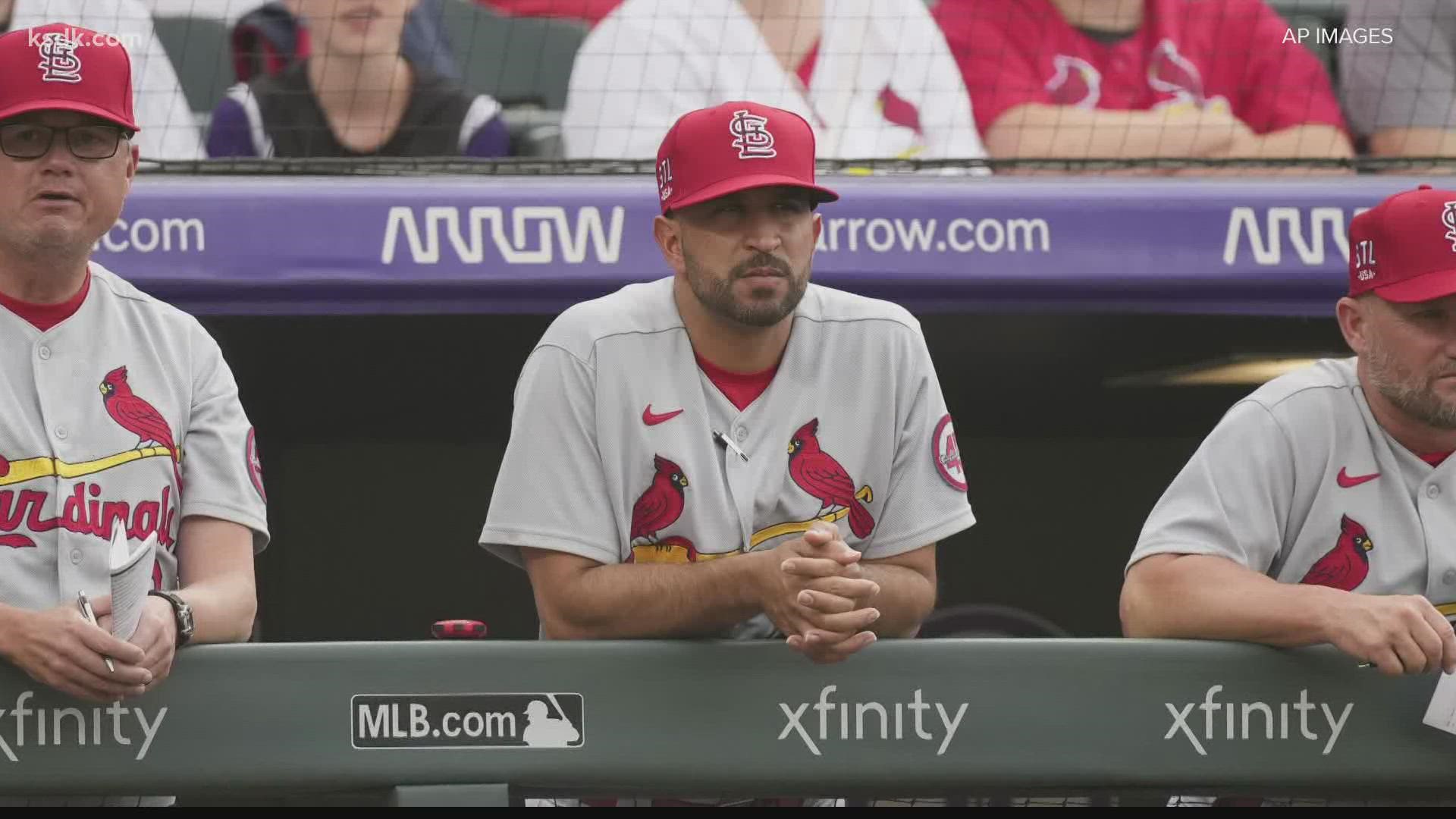 ST. LOUIS — The St. Louis Cardinals have found their man to be the team's next manager. And they didn't have to look very far.

Current Cardinals bench coach Oliver Marmol was named the next manager of the team during a Monday morning press conference.

5 On Your Side sports director Frank Cusumano confirmed the news from multiple Cardinals players Sunday. “Love it ... he’s very liked and I think he will do a great job," he received in a text from a player who had already FaceTimed with Marmol.

The Athletic's Katie Woo and Ken Rosenthal had the first report.

The Cardinals chose Marmol for the position after abruptly firing manager Mike Shildt after three full seasons at the helm due to "philosophical differences."

Players on the team have already FaceTimed with Ollie Marmol to congratulate him on being named the @Cardinals new manager.

At 35 years old, Marmol will be the youngest manager in baseball, and the youngest in franchise history since Marty Marion who piloted the team in 1951 at age 34.

“I’m pleased to announce that Oli Marmol will be the 51st Cardinals manager,” said Chief Executive Bill DeWitt Jr. during the press conference. “….He has excellent working relationships with players coaches and staff at all levels of the organization. We believe Oli possesses strong managerial skills that will allow for the Cardinals’ success to continue well into the future.”

“Perhaps the simplest question is ‘why Oli Marmol?’ Let me try to answer that,” Mozeliak said. “Oli understands what we’ve been trying to do, what we need to do, and what we want to do in the future. Oli has a long history of being part of the St. Louis Cardinals organization…. He has learned from so many talented baseball people, he has excellent relationships throughout our entire organization. He is interested in both traditional baseball values as well as the modern tools that are available today.”

Marmol then spoke, thanking his family and those who got him to where he is today.

“Not many people get to manage. Definitely not for an organization like this,” Marmol said. “It’s one thing to manage, it’s another thing to manage for one of the most historic organizations, not only in all of baseball, but in all of sports. I’m truly looking forward to the accountability that comes with that, and the responsibility of leading this staff and players to another championship.”

Here's a bit of background on the new skipper in the Cardinals' dugout:

Marmol was drafted by the Cardinals in the sixth round of the 2007 MLB Draft.

He turned to coaching early in his career and was already managing the Cardinals' rookie ball affiliate in Johnson City in his age 25-26 season.

From there, he advanced through the Cardinals' coaching system to State College and eventually Palm Beach.

Marmol moved to the Major Leagues in 2017, serving as the first-base coach on Mike Matheny's staff. He moved over to bench coach once Mike Shildt got the gig full time and that's where he's served up until being named manager.