Commentary | One final curtain call for pitchers hitting, as the designated hitter invades the National League in 2020

The DH coming to the NL was always inevitable. But we're losing some of the weirdness and charm of the game when it gets here. Here's a final ode to pitchers hitting

ST. LOUIS — This year I probably would have made just about any concession to get baseball back.

You want to start extra innings with a runner on second base in? Deal. You want no fans inside the stadium? Alright, I get it. You want robot umpires? Sure, I would've been fine with that too.

You want the designated hitter in both leagues? I beg you no... but there's no sense in delaying the inevitable any longer. Fine.

In 2020, for the first time in baseball history, the National League will implement the DH on a regular basis. It was always coming, but now it's here earlier than I had hoped for.

And the thing is, I don't see it going back. Baseball has been moving closer and closer to the DH in both leagues for some time now. I think this is permanent.

I've always thought the things that set "baseball people" apart from hardcore fans of other sports are history, and weirdness.

The first is pretty self-explanatory. Baseball has the most history to draw on. It has the most legends to compare to the stars of today. It has had more time to create memories that stick with us. You can use baseball as a guide through the past 150 years in American history. That's how ingrained it is in society. Other sports can't boast that.

On the second point, baseball is weird. It just is.

The old cliche really is true: "You never know what you'll see on a given day at the ballpark."

Whether it's slow-footed backup catcher Glenn Brummer stealing home to win a game...

Or the oft-forgotten Bud Smith throwing the last no-hitter for the Cardinals...

Or whatever Marcell Ozuna was doing on this play last season...

You can say pitchers hitting is important for reasons that mean more than mine does. It increases the strategy of the game, and forces managers to play a greater impact on the game(hello Mike Matheny). You can also say this is the way the game was originally designed to be played. Nine men on the field. Nine men have to bat.

Those are all well and good, but I'll still take weird.

I absolutely love seeing Adam Wainwright hit. He's one of the best-hitting pitchers in baseball, but there's still a very slim chance he's able to connect for a hit, much less a home run. Wainwright has 10 in his career, by the way, his first coming in his first at-bat ever in the big leagues. How weird (and awesome) is that?!

One of my favorite pitchers to watch hit was John Lackey. The guy would seemingly pick out one predetermined pitch each at-bat he was going to swing out of his shoes at. And then he'd stand there and watch the rest. I loved it.

Cardinals legend Bob Gibson was one of the best-hitting pitchers of all-time. Not only did Gibson go nine innings in Boston to win Game 7 of the 1967 World Series, but he also hit a home run for good measure. Now that's a complete game.

And in pitchers hitting moments not related to the Cardinals, there is absolutely no way you can watch this legendary moment and not smile. It's not possible.

Baseball is inherently weird, and pitchers hitting has always been a part of that in the National League. Now, we're losing a bit of that charm. It's the charm of a guy who's not supposed to be able to do something, actually making it happen from time to time.

And I get why it's going away.

You only get moments like that Bartolo blast every once in a while. More often, you get guys flailing at the plate for easy outs and boring some casual fans who want more action.

The designated hitter creates more action. It creates more runs, and baseball needs more excitement just about any way it can muster it.

The players' union and the league have wanted this for a while, and now thanks to COVID-19, it's here earlier than expected. And I've come to peace with it.

But it's time to say hello to the DH. American League fans I've met don't seem totally devoid of charm and quirkiness as far as I can tell, so maybe there is hope for me after all. 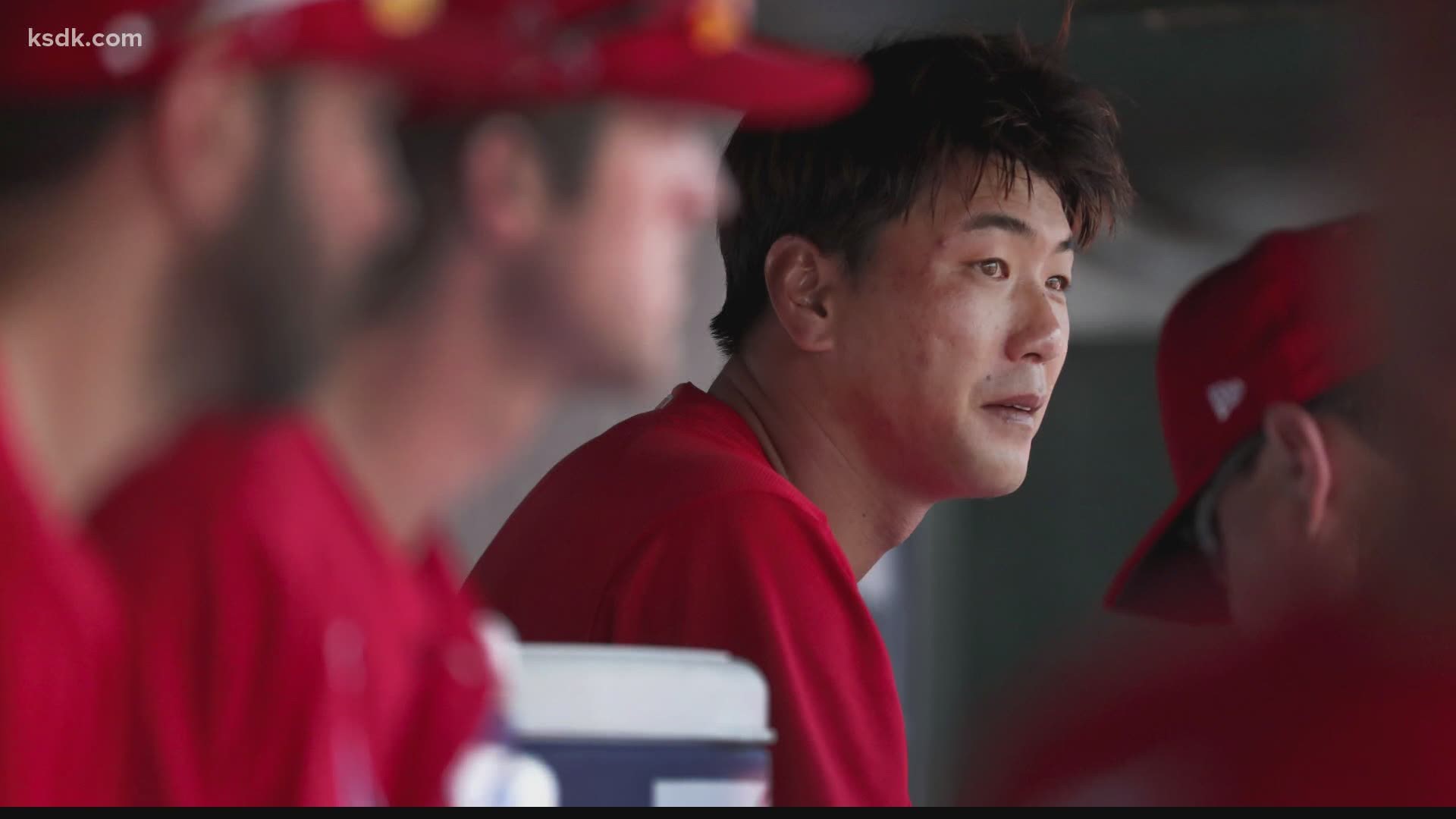