With their backs against the wall, it's clutch time for Mike Shildt and the Cardinals. 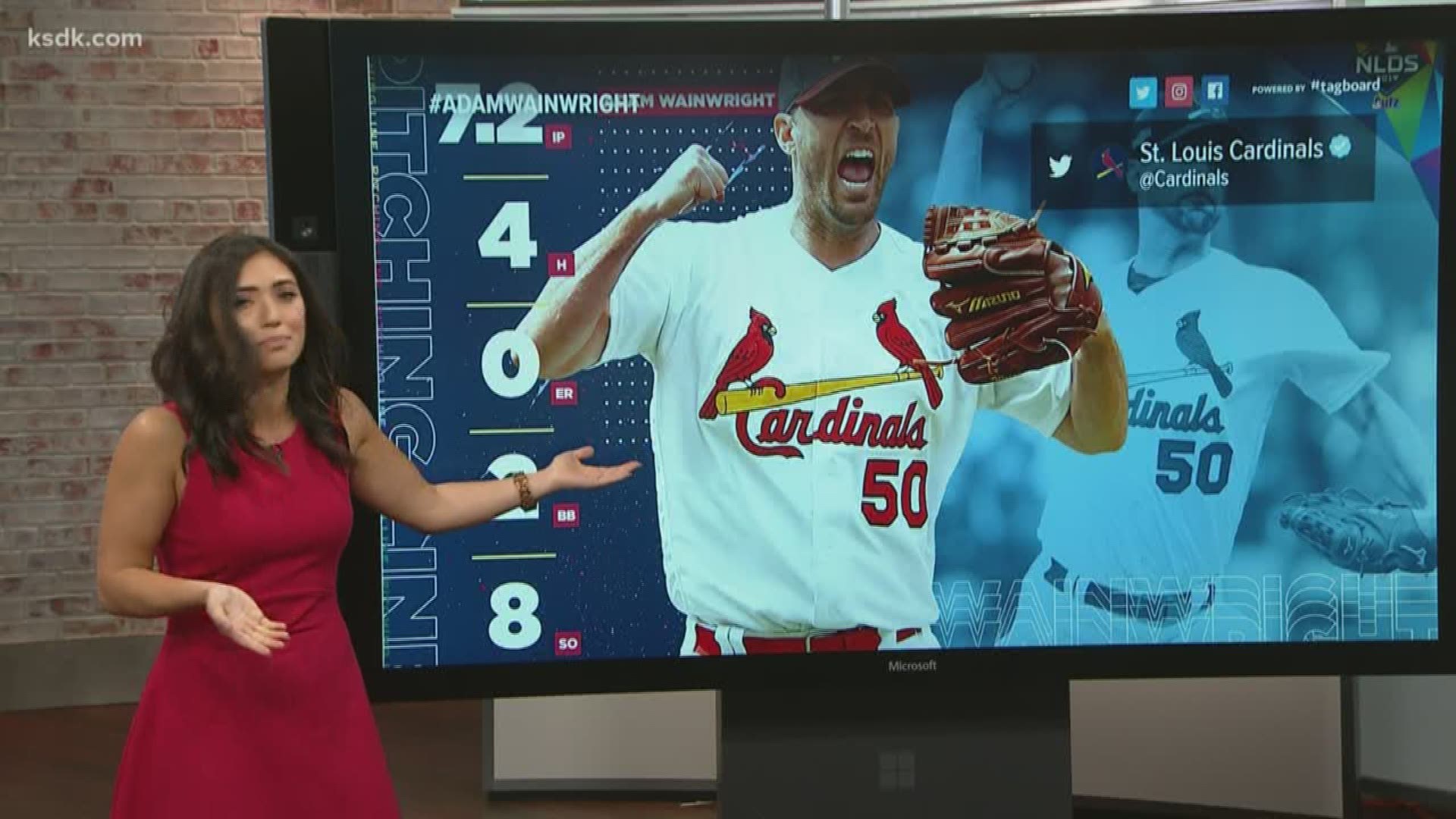 ST. LOUIS — The moment will potentially live in infamy.

Top of the ninth inning at Busch Stadium. The St. Louis Cardinals were ahead 1-0, but the Atlanta Braves were closing in. Carlos Martinez had allowed a lead-off double to Josh Donaldson and old Redbird nemesis-speedster, Billy Hamilton, had just stolen third base.

While Hamilton had gotten within 90 feet of home plate, Martinez struck out Adeiny Hechavarria. There were two outs, and Brian McCann was walking to the plate. The former slugger, now a timeshare holder at the catching position, owned a .171 batting average since Sept. 1. One could suspect Martinez could bury a few sliders in the dirt and get him.

Watch: Mike Shildt talks before do or die Game 4 for Cardinals

Mike Shildt thought otherwise. The Cardinals' manager ordered an intentional walk of McCann, bringing Dansby Swanson to the plate. Swanson, who had a sharp game as well at shortstop, had two hits on the day, including a rocket off the center field wall that left the bat at 107 mph.

What do you think happened next? Swanson doubled, Aaron Duvall singled, Martinez shrugged his shoulders, and the Braves won the game.

While Martinez allowed the back-breaking runs to score, following a terrible outing in Game 1, he's not the only person to blame.

The Cardinals' lineup managed four hits and scored their only run on sacrifice fly by Matt Carpenter, striking out eight times and going 0-5 with runners in scoring position. Over the past two games, the Cardinals have scored a single run. That's it. If you want a villain to truly cast out in this mess, pick the St. Louis bats. They are pathetic.

Take away the four run ninth inning on Thursday, and the lineup has mustered four runs in the other 26 innings. Lots of strikeouts, few walks, few hits, and even less runs. It's sad.

That's why Shildt must dig deep today and produce a lineup that gives the hope for change. This lineup could be introduced at any minute, but let me advise a few changes.

Let me make a comparison that may blow your mind. Back in the spring, St. Louis Blues head coach Craig Berube wasn't afraid to make adjustments on the fly. When the team ran into a problem, he'd make a bold move and switch things up. Egos meant nothing to him. He wasn't afraid to make popular local kid, Pat Maroon, a healthy scratch. Berube put Alexander Steen, who made $5.8 million, on the fourth line.

It was these adjustments that led to that miraculous run, a go-for-broke attitude that transcended conventional practice in sports and disregarded the idea that salary should dictate playing time. He simply didn't care what the players thought. Berube received a Stanley Cup parade for his time put in.

The Cardinals' backs are against the wall. They lose today and it's all over. A division title is a nice comeback from three years of nothing, but an advancement would be much more radical. All Shildt can do is make adjustments and try to put the best product out there. He is the one who controls the lineup, owning the keys to a possible comeback.

Hudson can pitch the game of his life, but he won't pitch better than Adam Wainwright did on Sunday. It's simply not possible. He needs run support, and this lineup hasn't cut it for the majority of the 2019 season and surely the postseason.

Add Arozarena and Jose. Keep Matt Carpenter in there. Go for broke. Pull a Berube and see what happens. You never know. A baseball game might be won.

All Shildt left fans with on Sunday were ugly memories of Mike Matheny. You can do better. A lot better.

RELATED: Martinez can’t close out win for Wainwright as Braves rally in ninth to stun Cardinals