"Here in St. Louis we've had some great ones (third basemen), but this possibly could be the best of the bunch." – Ozzie Smith on Nolan Arenado 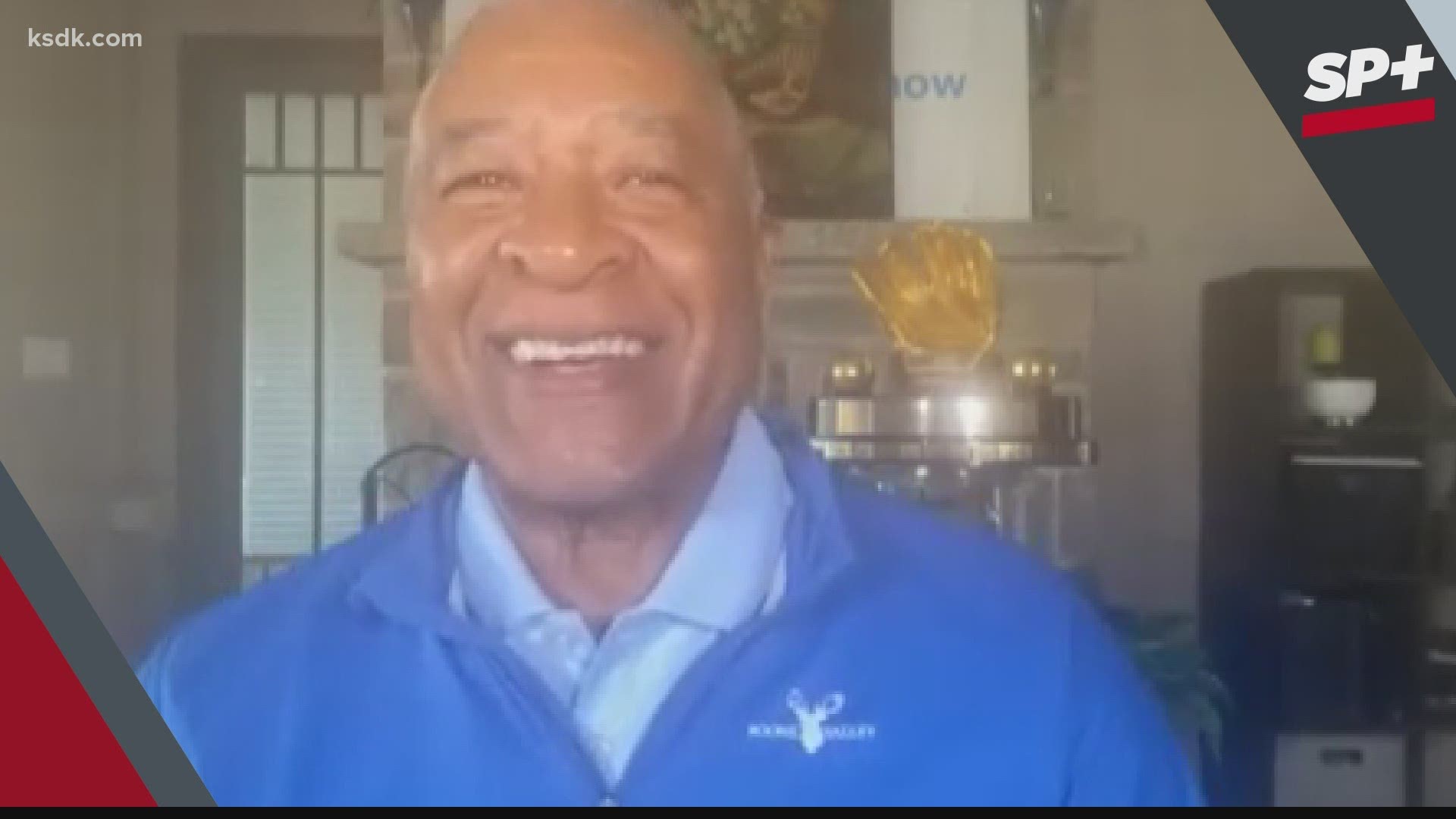 ST. LOUIS — If anyone in the world knows what it takes to make a good infielder, it's probably Ozzie Smith.

The Cardinals legend and 13-time Gold Glover is one of the most talented players to ever put on a glove. And he sees greatness in the newest Cardinal as well. Imagine for a second a Cardinals left side of the infield comprised of Smith and Nolan Arenado. Not many balls getting through there, right?

Smith took some time to talk with 5 On Your Side sports director Frank Cusumano for Sunday night's Sports Plus Spotlight Interview to talk Arenado, "Whiteyball," Ozzie's golf passion and a little bit of everything else.

"You know I consider myself very lucky and fortunate to have had the opportunity to play with some great third basemen. And here in St. Louis we've had some, and now, we've seen some great ones, but this possibly could be the best of the bunch," Smith said of Arenado. "From what he can do from a range standpoint, he's got a great arm, work ethic and all of it rolled into one. And he's a great offensive player, too. So this might be the most complete third baseman that we've had a chance to see."

Of course Smith is regarded as the greatest defensive infielder in baseball history, but the entire Cardinals infield from their 1982 championship season (Smith, Tommy Herr, Keith Hernandez and Ken Oberkfell) was dominant as a group.

"I would certainly consider it (the 1982 infield) the best one I had the opportunity to play with," Smith said. "When you look at what we were able to accomplish as a team ... I'm not a numbers guy so I don't know what the numbers are ... But I knew that coming to the ballpark everyday that as a defensive team we were not going to beat ourselves."

And in those '80s heydays, the brand of baseball championed by manager Whitey Herzog was a little different from today's baseball thinking.

Herzog's teams of the '80s were based on contact, speed and fundamentals. With home runs and strikeouts dominating much of baseball thinking nowadays, does Ozzie think "Whiteyball" could still win games in today's MLB?

"Whiteyball could succeed in any era. It's really basics of what the game is all about. Being able to put the ball in play, being able to catch it and throw it and not beating yourselves," Smith said. "We proved in the '80s that you didn't have to hit the ball out of the ballpark to win and win on a consistent basis. Now it took a lot out of us because we had to run so much, but that was our game."

Since his retirement, Smith has become known for his exploits on the golf course as well as his legendary baseball career, where he may be just as good. Smith has carded an impressive 82 at famous Augusta National Golf Course, home of the Masters.

And golf is a sport that's truly become an obsession for the "Wizard."

"It's become one of these things where it's an addiction," Smith said. "I love hitting and I've always loved the process. And the process is practice."

But it's not just playing that's fueled Smith. He's also using golf to give back via the PGA Reach program, where he's helping to bring the game of golf to inner-city kids who may have never gotten the chance to learn it otherwise.

"It's not only the game of golf itself, it's the business of golf that a lot of these kids need to be exposed to," Smith said. "And I'm just trying to do my part as a person in the community that is going to afford kids the opportunity that they otherwise would not have."

If you've ever met Smith in person, you've probably been pleased with your interaction. That's no accident. Smith said he knows whenever someone meets him, it's important he makes it memorable.

"I feel like if it's the only opportunity someone has to meet me, I want it to be a pleasant experience," Smith said. "I don't want people walking away saying, 'I had a chance to meet Ozzie and it was a bad experience.'"