Power ranking the opponents for the Cardinals in 60-game, 2020 season

The Cardinals will only have nine teams on their 60-game schedule in 2020. So let's get to know them a bit better 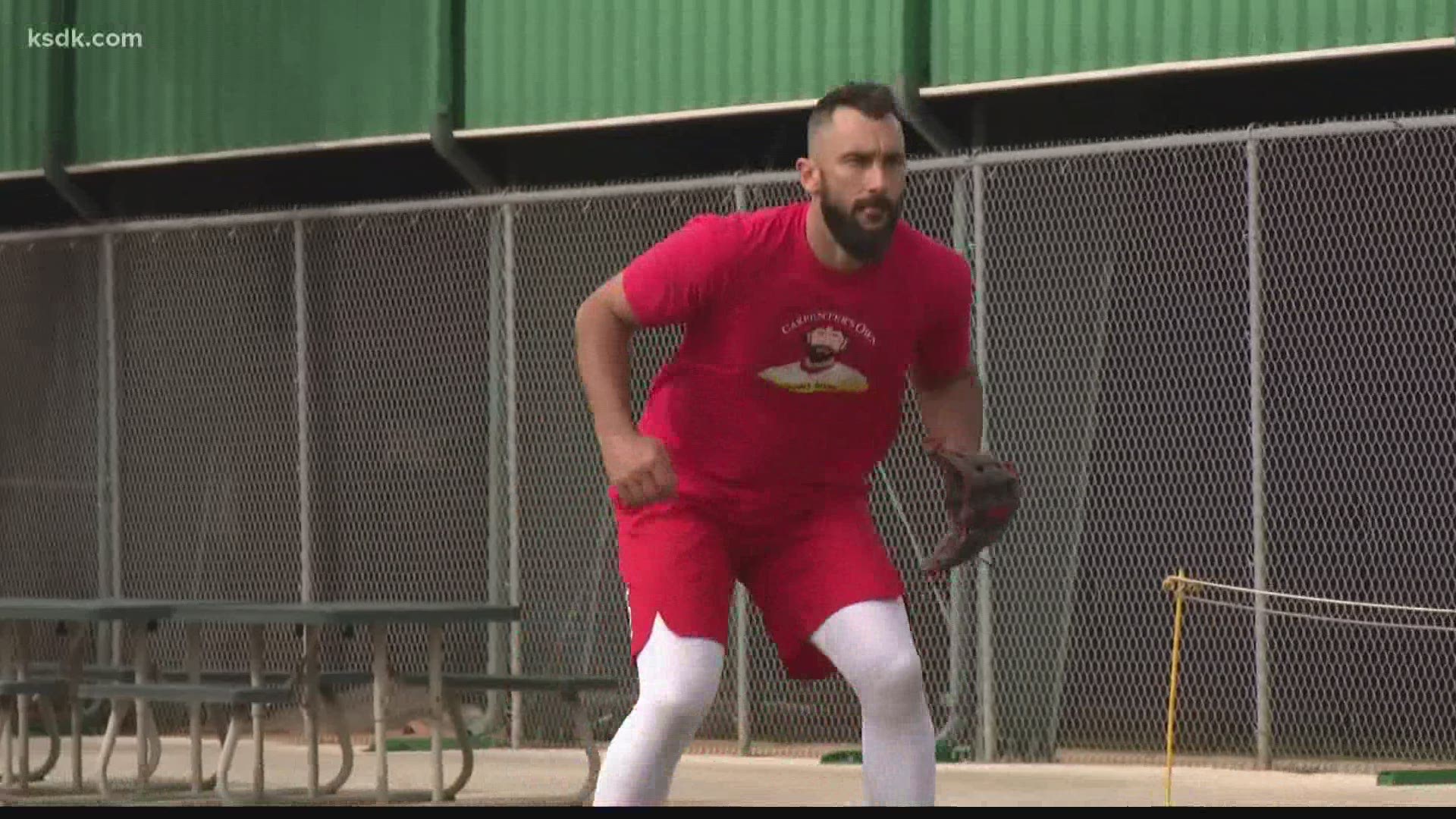 From the implementation of the designated hitter in both leagues, no fans in the stands and altered extra inning rules, things are going to feel weird.

The schedule is also going to be weird.

While schedules have not officially been released yet, teams will only play 60 games, and only face opponents from their division and the corresponding division in the opposite league.

The playoff format is still the same. Division winners and two wild card teams per league.

So, with only nine teams on the St. Louis schedule, you should probably get to know them better. Here's a short overview of every team on the Cardinals' schedule, from most challenging, to least.

The Twins look to be the class of both of these divisions.

Minnesota won the AL Central last season with a record of 101-61. They return with an arguably better roster than they had in 2019.

The lineup perhaps won't blow you away on paper, but it is very balanced.

New addition third baseman Josh Donaldson has been one of the best players in baseball the past five years or so, Mitch Garver is one of baseball's best young catchers and 39-year-old DH Nelson Cruz is still hitting moonshots.

The Twins have some exciting, speedy young talent as well that gives them an edge. They should be favorites for the AL Central crown again.

The Indians have been one of the better teams in baseball for the past five years or so, but the window may be closing.

The lineup may not have as much pop as they'd like, but shortstop Francisco Lindor and third baseman Jose Ramirez make up one of the best left sides of the infield in baseball.

Cleveland is also manged by Terry Francona, who has proven to be one of the best managerial minds in the game. 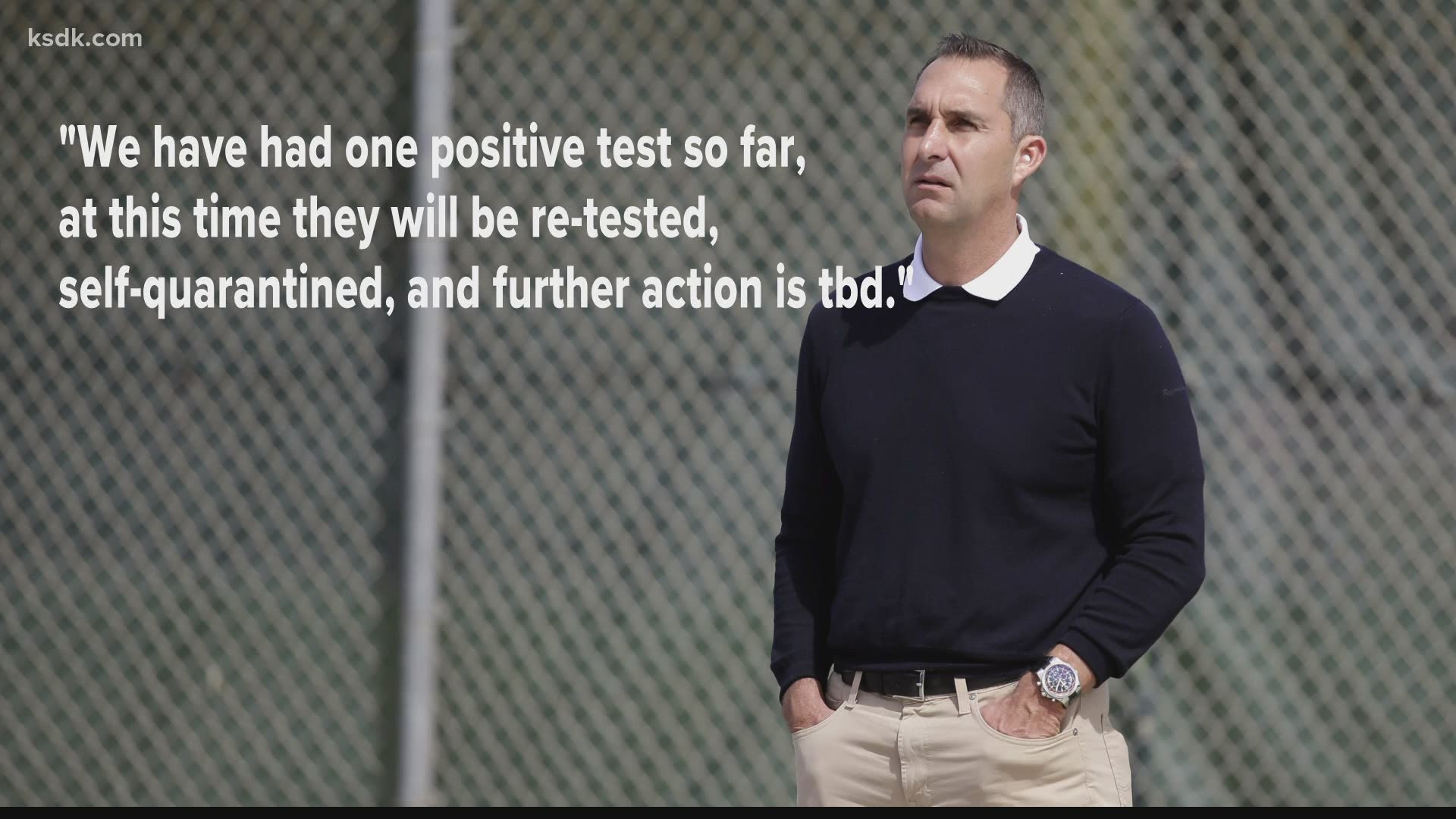 2019 was a major step back for the Cubs, who missed the playoffs for the first time since 2014. Manager Joe Maddon paid the price. He's now in Anaheim, and former Cubs World Series hero David Ross takes over.

As far as the lineup goes, third baseman Kris Bryant, first baseman Anthony Rizzo, catcher Willson Contreras and shortstop Javier Baez are still a nice backbone, but after that there are question marks.

While it's far from time to write Chicago off, that forecasted Cubs dynasty after their World Series win in 2016 seems like long ago.

The Reds are the most improved team on this list.

They finished 16 games out of first in the NL Central last year, so that's seemingly a lot of ground to cover, but this Reds team could be one of the biggest surprises in baseball.

The bullpen, led by Raisel Iglesias and Amir Garret have flamethrowers and veterans who can shut down a game.

The offense can mash, and added even more help this year.

Joey Votto is still plugging away, still reliable as ever at first. And Euegenio Suarez may be the biggest power threat in baseball you don't know enough about. He mashed 49 home runs last season.

Like I said, 16 games is a big jump to make in a year, but don't be surprised if the Reds make some noise in the NL Central.

The White Sox are the prospect darlings of baseball, but are likely another year or two away from making a big impact and pushing for a postseason spot, a place they haven't been since 2009.

The rotation, anchored by 2019 all-star Lucas Giolito and veteran lefty Dallas Keuchel, isn't quite an intimidating staff yet, but there are young arms like Michael Kopech still on the way.

Big-time sluggers first baseman Jose Abreu, catcher Yasmani Grandal and DH Edwin Encarnacion are sure to drive in some runs.

There's a lot to like about where the White Sox look to be headed. Will it happen in 2020? Probably not. But the talent is definitely there.

The Brewers were a playoff team in 2019, losing to the eventual world champion Nationals in a thrilling wild card game. However, the team hasn't done much to help their chances of getting back to October.

The pitching staff is very thin in terms of starters with Major League success.

The lineup, other than perennial MVP candidate Christian Yelich is uninspiring.

The Brewers will need veterans Ryan Braun, Lorenzo Cain and Avisail Garcia to step up in a big way if they want to have a chance at another postseason berth.

The Pirates are in the middle of another rebuild.

Pittsburgh went 69-93 last season to end up last in the NL Central.

Their trade with the Rays for starter Chris Archer could not have worked out worse. Archer has been inconsistent, and will miss this year with an injury. The two prospects the Pirates sent to Tampa, outfielder Austin Meadows and starter Tyler Glasnow look like they could become stars.

There are some exciting players in Pittsburgh, like Josh Bell and Bryan Reynolds, but this is a team that has been stripped down to almost nothing.

The Pirates will in all likelihood finish last in the NL Central by a considerable margin.

These aren't the Royals of back-to-back World Series appearances just five years ago.

New manager Mike Matheney is going to have his work cut out for him getting Kansas City back to the postseason. The Royals have lost more than 100 games in the past two seasons.

On paper, the pitching staff of Brad Keller, Danny Duffy, Jakob Junis, Mike Montgomery and Glenn Sparkman is one of the weakest in baseball.

A few veterans from the World Series years are still around. Catcher Salvador Perez and outfielder Alex Gordon are still hanging in there. Jorge Soler is a legit power threat, even with the strikeouts. And Whit Merrifield is one of the best players in baseball not many know about.

However, the Royals look to be on their way to another season at the bottom of the AL Central.

The only good news for the Royals is that the Tigers exist.

With 114 losses, the Tigers were the worst team in baseball last season. It's likely they could end up there again in 2020.

On offense, Miguel Cabrera is still there plugging away and padding his career records. Matthew Boyd is a decent starter who could possibly be moved at the August 31 trade deadline.

Other than that, there isn't a whole lot to discuss. The Tigers are really bad.