Tony La Russa back in a Major League dugout? It reportedly could happen if the White Sox get their wish 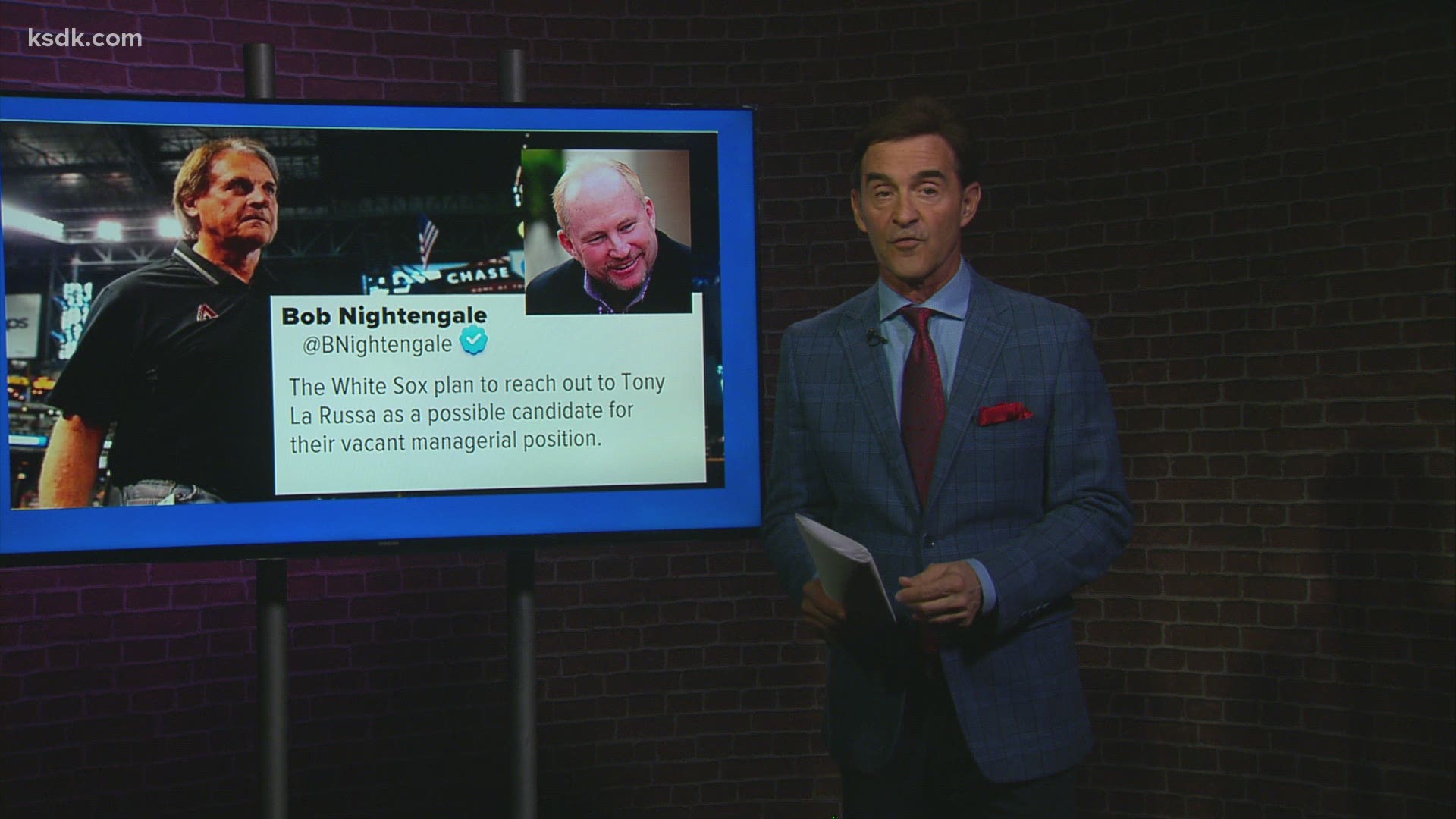 ST. LOUIS — Even though his managerial career has already put him in Cooperstown, Tony La Russa may be in line for another job behind a Major League bench.

USA Today's Bob Nightengale reported on Monday that the Chicago White Sox, who just fired manager Rick Renteria, planned on reaching out to La Russa to see if he would be interested in taking over.

Nightengale also reports the White Sox would be interested in former Astros manager A.J. Hinch, if La Russa opted not to come out of retirement.

La Russa is 76 years old, and retired from managing following the Cardinals' World Series title in 2011, his third as a skipper. La Russa started his career as a manager with the White Sox in 1979, managing in Chicago for eight years.

Chicago #WhiteSox plan to reach out to Tony La Russa to determine his interest in becoming their next manager https://t.co/yL9D8Uv2Vo

Since his retirement at the end of 2011, La Russa has worked in the front office for the Arizona Diamondbacks, and was a special assistant for the Boston Red Sox and Los Angeles Angels.

La Russa's 2,728 wins are the third-most all-time in baseball history.

RELATED: Commentary | Yadier Molina needs to be a Cardinal for life