Opinion | Did the Cardinals make a mistake in letting Albert Pujols walk 9 years ago?

It's essentially an ageless question in St. Louis among Cardinals fans. 9 years ago, he left town. What do you think?

ST. LOUIS — Nine years ago, a few weeks after winning their 11th World Series, the St. Louis Cardinals watched their superstar first baseman, Albert Pujols, sign with the Los Angeles Angels for 10 years and $254 million. Just like that, a legacy was broken in half, severed for a moderate period of time.

A shockwave was immediately sent through the St. Louis area. It became a "where were you when Pujols left?" memorial, without the stale donuts and burnt coffee. I can remember where I was as the news went public. I was tagging ant traps packs for Senoret Chemical for a large Target order in a warehouse in Kirkwood. Seething with rage and unable to write about it, I just had to push it down, as Bill Burr once said in a comedy show. "Push it down, act like you have answers, keep it together!" I tried my best, but it was a gut shot.

Pujols was unanimously the greatest Cardinal since Stan Musial, cementing that legend with an 11-year stretch that few if any hitters will ever rival. He hit all the mistakes and plenty of good pitches out of the park. He had a bat that not only found a nicely disguised sinking fastball, but managed to wallop it into the stands 400 feet from the plate. He won three MVP awards and a batting title here, helping the Cardinals win a pair of World Series titles.

Here's the thing. If he had stayed, I think the Cardinals would have a shot at winning another World Series. But at the same token, they did avoid a career slide that has seen Pujols become a much different, and weaker, hitter in Los Angeles. A pale imitation of one of the game's greatest right-handed hitters of all time. That's the two-headed monster of this argument, wondering which scenario a fan would take. It's an argument I revisit annually, sometimes even twice to the hot stove-heated chagrin of Cardinals Nation.

One could say the team got Michael Wacha with that compensation pick from Los Angeles, but he never became the big time pitcher that his first couple of years hinted at.

But they saved all that money, right? Well, they gave Dexter Fowler a rather juicy five-year deal that hasn't exactly panned out. Brett Cecil received an at-the-time large amount of money over four years. Matt Carpenter will go down as one of the most underrated and slightly polarizing Cardinals of all time, but that two-year extension looks feeble today. Carpenter's back injury should have told them a downturn was coming. Just because there is money in the vault doesn't mean it will be spent wisely.

Pujols departed St. Louis after a rough few weeks that involved supposed betrayal, light name-calling, and even a third-party interest play by the Miami Marlins that almost blew my mind into a thousand pieces. Side Note: Can you imagine Pujols and Giancarlo Stanton sitting back-to-back in that lineup while playing in that theme park? Only if Christopher Nolan directed it.

Here's another argument. Did the Cardinals make a bad play when they low-balled Pujols with that initial five-year offer. It was a lot of money, but not the right deal for a guy looking to cash in. The last contract with the Cardinals and Pujols could easily be labeled as team-friendly, so I don't blame the guy for wanting the security and insurance of a longer term. And St. Louis, echoing the words of Deidre Pujols, you don't tell the fans this guy needs to be a Cardinal for life, and proceed to offer him five years.

The final offer was for 10 years and $210 million reportedly, with $30 million deferred, but that was too late for Pujols' camp. That was the offer they should have started with, or made much earlier than December. When you have the greatest player of all time still performing at a high level, you make him an offer that doesn't expand.

But the Cardinals always seem to set a number and stick to it, losing talent if the offer reaches too high of a level. We saw it with David Price (too bad), where the Cardinals made a competitive offer but were outbid by Boston. Jason Heyward (thank goodness!) didn't accept St. Louis' deal because there was no opt-out clause. Pujols is twice the player those two are, but the front office simply made a risky move in their negotiations. The initial years did not elicit a smooth transition at the position.

For years after the fact, the Cardinals tried to fill Pujols' shoes at first base with little success. Paul Goldschmidt came aboard in 2019, but arrived around the same age as Pujols was when he left. They acquired a player who came into prominence right as the Pujols era ended in St. Louis, but not until he was past his best years. It was like they were trying to make it right or something.

The other big question is could the team have kept both Pujols and star catcher, Yadier Molina? It would have been tricky, but I can easily see the latter taking a team-friendly discount, especially at that period of his career, to keep playing with his best friend. A trade or two would have sufficed, but it wasn't impossible. I don't see this as being such a huge factor.

So, did the Cardinals make the right move in letting Pujols walk? The debate is endless, but I always find myself sleeping on each side of the argument for a period of time without ever getting comfortable.

Yes, because he wasn't the same player after he left St. Louis. Not close. He hasn't put up a WAR higher than 4.0 since leaving, and the designated hitter has helped him.

No, because Pujols' still very potent bat in 2012 and 2014, as well as the home run totals in 2015-16, could still do damage well into that contract. You can also look at the milestones that he has hit and the lack of postseason success the team had over the past 6 seasons. After that heartbreaking 2013 World Series loss (Pujols had season-ending surgery that season), St. Louis hasn't cracked too close to the final destination. While they were within four wins in 2019 of a World Series berth, they were run over by Washington. The Cardinals haven't won an NLCS game since 2014, and that's getting more depressing by the year.

But could Pujols have helped move the needle in those troubling six years? I always look to 2014, when the Cardinals were dropped by the Giants in the NLCS. Pujols' bat may have won a few playoff games, so the bullpen mishaps may have gotten a suture with his presence. But with Mike Matheny managing, Pujols and his stunt double couldn't have helped the Birds advance. 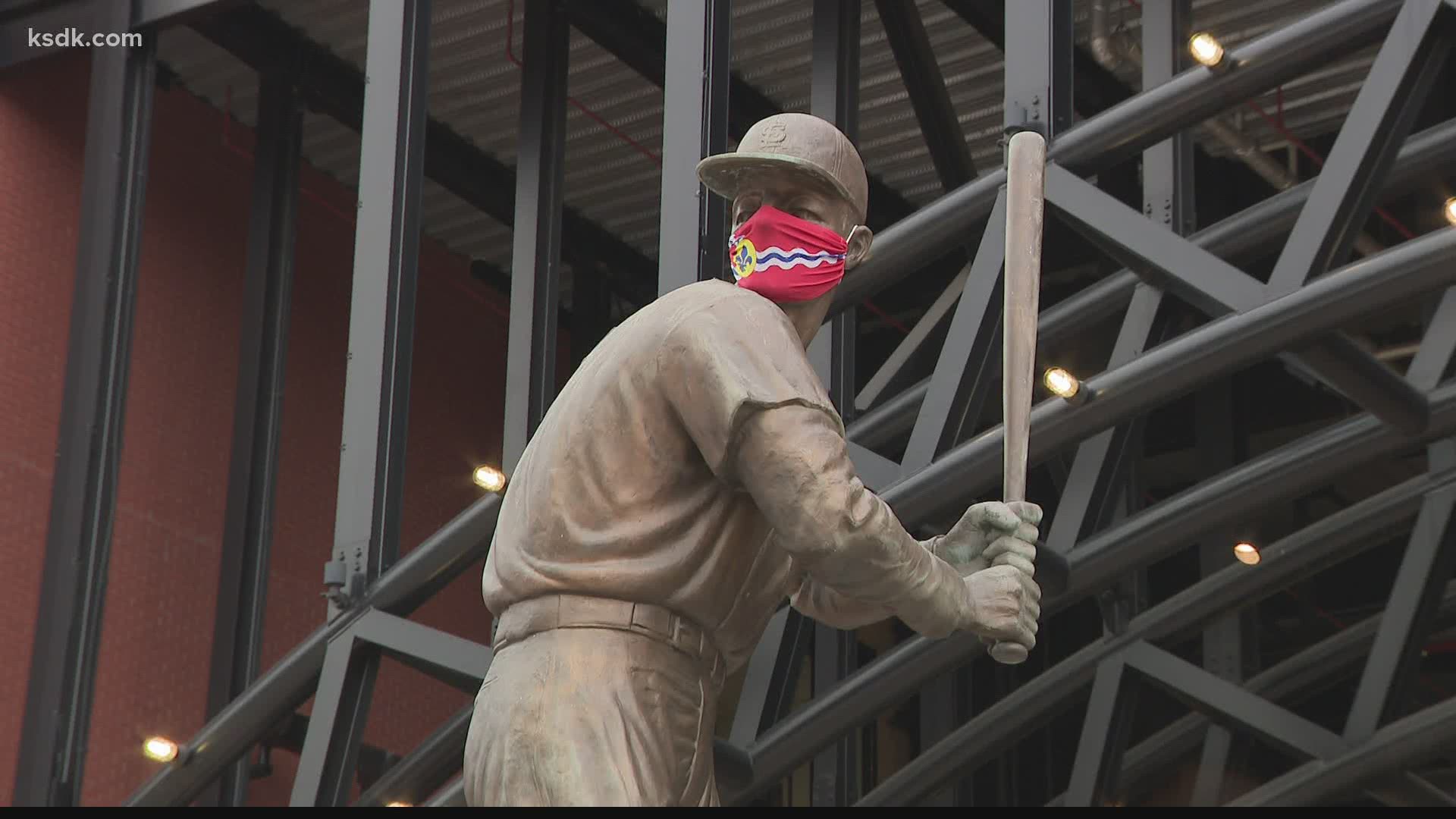 That's the hangup for me. If Pujols AND Tony La Russa return in 2012, the 12th banner is hung in a second-straight October. Matheny was woefully overmatched, and he pulled all those juicy strings back then. He single-handedly lost games with a pivotal late bullpen decision. I am not 100% sure Pujols could push the Cardinals across the finish line.

So, was it a bad idea to let him walk? The nostalgia in me says no, but my brain is starting to call its bluff. Pujols leaned on the designated hitter spot heavily in 2015-16, and his OPS never rose over .790 after 2012. Pujols' power played well in Busch Stadium over the first decade, but would that be enough for $24 million and sure disabled list stints? It's the ultimate test of a journalist to dry a thick line between what his heart and brain were working on and what his brain already downloaded.

While the Cardinals could have handled negotiations, refusing to make the "Cardinal for Life" comment, they didn't make a shrewd business in letting Pujols walk. Cardinal Nation would be screaming at the top of their lungs after the 2016 season. This past season, Pujols couldn't even put together an OPS over .700. That happened in 2017 as well. How do you think Cardinals Twitter would be reacting to that? Fire and brimstone is the answer.

I've long wanted the Cardinals to retain Pujols at some point -- even presenting it earlier this season as a wild fantasy idea -- but it's an argument that wouldn't hold up in court. Molina and Wainwright serve up some value at the moment, even in their ripened old age. But Pujols doesn't give the team much at this point beyond a token DH option, and there's no certainty that'll come back in 2021, or if the league can work out a new CBA and avoid a lockout. When it's all said and done, Pujols arguably could have helped the team win a World Series in 2012 and 2014, but the Matheny factor just looms so large and ugly these days. I can no longer process it.

I used to tell the Pujols age critics that it would only make his accomplishments that much more impressive if he was recording a 1.000 OPS at whatever age they were labeling it with. But now Pujols really is 40. He will turn 41 in a little over a month. The man got old, and the increased reflection makes the baseball equity in a "what if Pujols stayed" scenario that much less enticing.

His legend in St. Louis will never diminish, but it will never sleep comfortably in that rarefied air of Musial that he was headed straight for once upon a time. Time hasn't been kind to Pujols, even with the milestones. Everything has two sides to it, but this one may have three or four. Determining exactly what could happen in St. Louis if he had re-signed so complicated, that the opinion could very well go back and forth again.

But at the end of the day, this is not one of those faults you can place on the Cardinals. As hard as I've tried over the years, it simply doesn't add up.

Thanks for reading and please be kind to one another.