Alex Reyes redemption? Cardinals' pitcher talks about getting in tune

The 25-year-old former phenom still has a lethal arm but now has the mentality to back it up. 2020 should answer the Reyes baseball riddle.

ST. LOUIS — One could call Alex Reyes the former prodigal son in the St. Louis Cardinals organization. Perhaps, "fortunate son" is a better way to put it.

Come to think of it, I think of The Who classic, "Getting in Tune" when the 2020 version of Reyes comes to mind. Trade the mound for a piano and see how it fits.

Either way you slice it, the 25-year-old carries a recycled intrigue into the new season. A few years ago, he was the top prospect in the Cardinals organization as well as the Major Leagues. Other teams looked at him as the antagonist in a summer movie while St. Louis fans knew him as the next best thing.

It hasn't worked out, for reasons both physical and mental by Reyes, and the chaotic bad luck of pitchers. He lost a chunk of a season to a failed drug test, another season to Tommy John surgery, and part of another season to a torn lat tendon. But last season, he punched a wall and broke a finger, which resulted in the team giving him space to pause this offseason.

For the first time in his seemingly epic yet so far disappointing career, Reyes trained on his own this winter. He went home to the Dominican Republic so he could be away from the robotic nature of rehab and stay close to his family. He has a close connection with his daughter, something that has powered his spirit through harsh times. You could say home is exactly where the heart is for Reyes.

"It was more like having a regular offseason with my own trainer. I feel good, especially mentally. It was huge for me to be home with my family," Reyes said.

The experience has landed Reyes in 2020 looking more fit than ever, but also healthy on the mental side. He's throwing bullpens and tossing baseballs long distances again. The hand, arm, lat, and legs are ready to go. He's throwing 180 feet at the moment, ramping up for the upcoming challenge ahead.

When asked if he sees himself as a starter or reliever, Reyes was as definitive as the luxury located in the corner piece of an Imo's pizza with his answer.

"I want to be a starter," Reyes said. He sees himself as a guy with something to prove after a series of false starts, a moderate portion stemming from his own mistakes.

Mistakes that have left Cardinals fans with an uneasy opinion on his future. There was a point last year when he was shut down for the season that some felt it was enough. With a pitching-rich organization, it's easy to forget Reyes is still very young and hasn't thrown that many innings.

I haven't given up on him yet. There's too much upside in his arm and ability, and there's still time as well. With trades taking place at will, Reyes could play a key role in the rotation or bullpen this season. He's entering year one of his arbitration, which puts his free agency period four years away. That's a bargain price to see if there's fuel left in that arm.

Some players come into the Warm-Up with confidence and swagger; Reyes walked into this weekend seeming like a guy fit to prove his worth to people once and for all. Someone content with their bodies and allowing their minds to lead the way.

Once again, there's still time for Reyes to flourish and the Cardinals will need him. They haven't addressed the offensive struggles of this team all winter, so the winning will once again hinge on pitching and defense. If Reyes' fastball, slider, and curveball are working, hitters are still at a loss. You can't teach them how to detect a guy who can throw 97 mph and then down-shift to 80 mph the next pitch. Sorry, but you just can't.

What's Reyes' role this season? John Mozeliak didn't want to give it a label, but refused to rule out his placement. Everybody is in a wait and see mode with Reyes, which is healthy action for both parties.

The hype is gone, but the arm still works. 2020 should give us an answer to the Alex Reyes baseball riddle. It was about time he got in tune, but what happens now? Only time will tell. 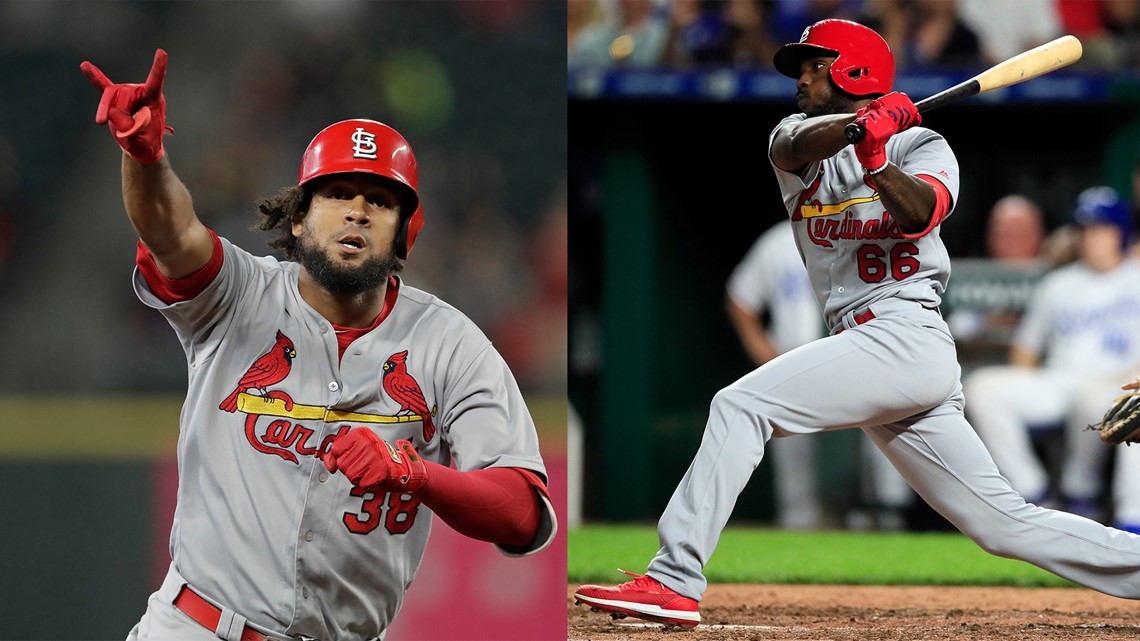 Cardinals send Jose Martinez and Randy Arozarena to Tampa
We now know who the Cardinals are sending to Tampa in exchange for left-handed pitching prospect Matthew Liberatore. Both Ken Rosentha l of the Athletic and Jeff Passan of ESPN reported the Cardinals are trading Jose Martinez and Randy Arozarena to the Rays in exchange for Liberatore and 19-year-old catching prospect Edgardo Rodriguez.

RELATED: Craig Mish on Marcell Ozuna: 'The Cardinals are a fallback option'