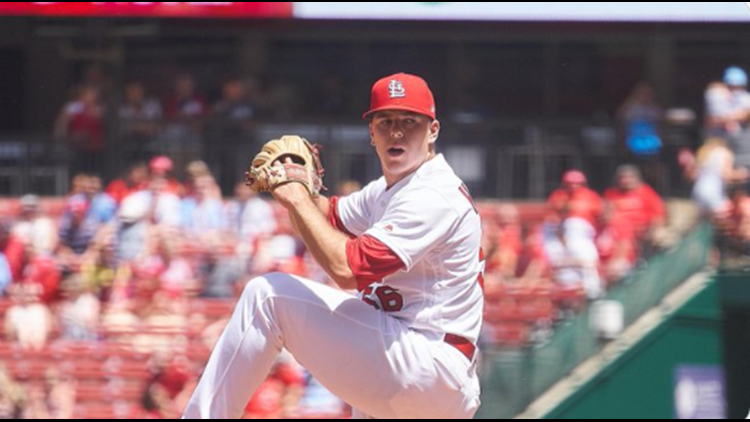 The 24-year-old will be making his third appearance with the Cardinals after having been previously recalled on April 16 and again May 17.

The 6-2, 230-pound Oklahoma native has made four relief appearances with the Cardinals, totaling 8.0 innings pitched with just four hits allowed and 10 strikeouts for a 3.38 ERA.

Three of his four appearances with the Cardinals, including his Major League debut on April 16, have been two innings or more.

His most recent outing came in a start on May 31 vs. Oklahoma City when he fanned six batters in his 2.2 IP.

RELATED: Here's what to know about Cardinals draft picks