Commentary: The Cardinals should be in the shortstop market this offseason, but who makes the most sense?

Corey Seager? Carlos Correa? Trevor Story? Which free agent shortstop should Cardinals fans be clamoring for the most? 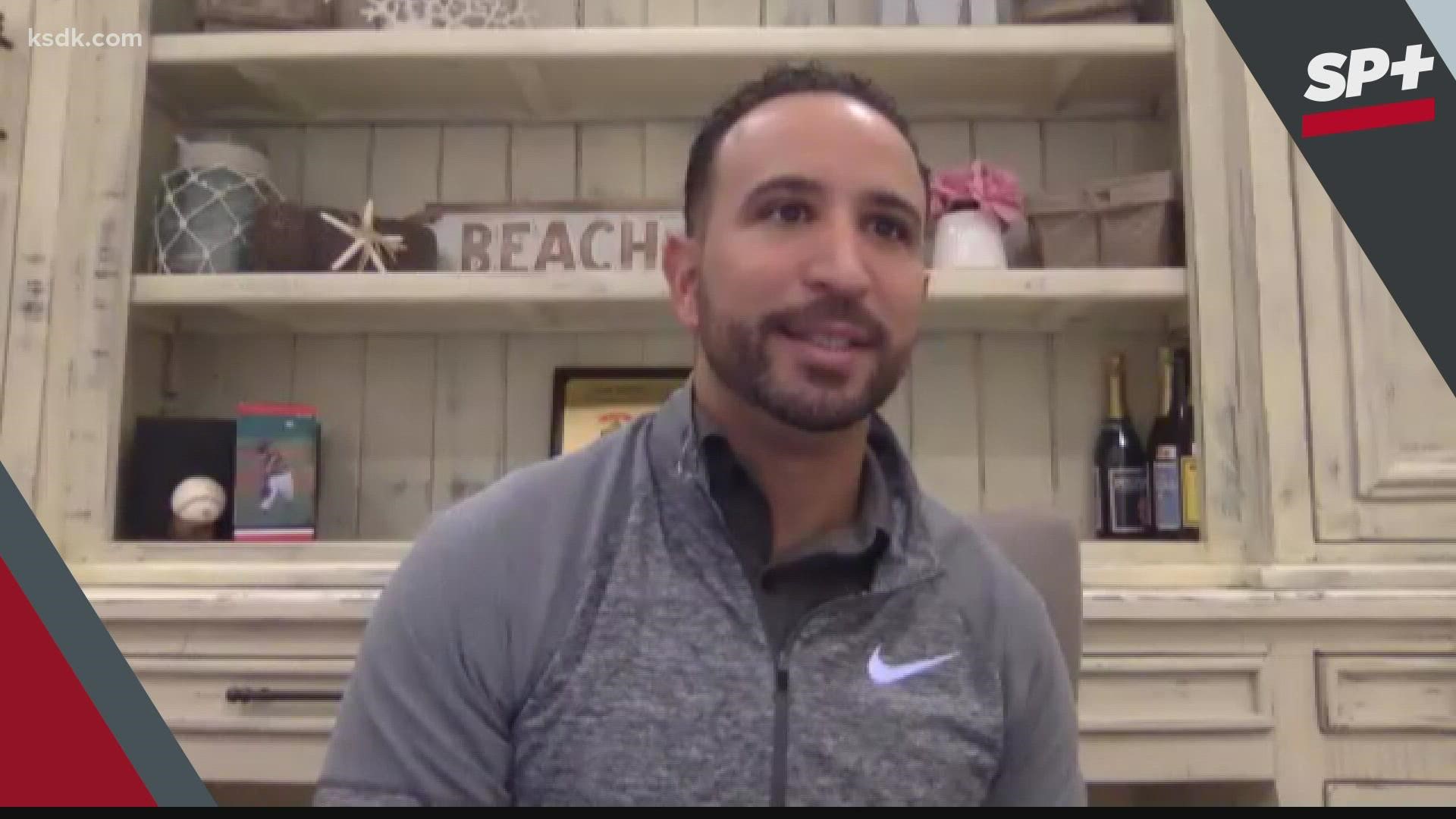 ST. LOUIS — The Cardinals enter the 2021-2022 offseason with spots to fill, a new manager at the helm and a sour taste in their mouths after how their 2021 postseason ended.

So, it's officially hot stove time. Time to fire up the rumor and prediction mill and inevitably get let down when none of them happen.

(Honestly, if I'm being honest, this offseason I'll trade any predictions I make being completely wrong for a drama-free CBA negotiating phase between the league and the union so we actually get a season in 2022...)

Looking at the Cardinals' roster, there's inevitably going to be a lot of focus on adding to the pitching depth, and it needs it.

While you could argue almost the entirety of the lineup had an at least adequate season, shortstop seems to be the spot with the most focus on improving going into 2022.

Paul DeJong still has two years left on a deal that looked good at the time it was signed, but after two-plus seasons of overall ineffectiveness, you can't blame folks for wanting an upgrade.

In his past 576 plate appearances, DeJong is hitting just .213 with a .673 OPS. He can still pop a home run every once in a while and the defense is solid as ever, but there's no denying he's been expected to contribute a lot more.

Edmundo Sosa burst on the scene in 2021 and gave the Cardinals the spark they often needed. He's a fine option, but there's no question the Cardinals are looking for more offense from the shortstop position than what Sosa can provide.

Lucky for them, there are some big names in the free-agent pool this offseason. It's just a matter of if they'll be willing to spend to get one of them.

Let's take a look at some of the biggest shortstop names on the market, and rank who the Cardinals should be targeting.

Seager should be the Cardinals' top priority this offseason.

Will he be out of their price range? Probably. But that doesn't mean they shouldn't go into the offseason with the mentality of trying to sign him.

Seager would transform the Cardinals' lineup and give them the lefty bat they've coveted.

Seager is still just 27 years old and due for a massive payday in his first foray into free agency.

In seven years with the Dodgers, Seager has a .297 average, .504 slugging percentage and .870 OPS. He was the Rookie of the Year, a two-time All-Star and proved his postseason worth by leading the Dodgers to the 2020 title as the NLCS and World Series MVP.

Defensively, the numbers still likely would favor DeJong or Sosa over Seager. But even so, the offensive prowess of Seager outweighs anything anyone currently on the roster could bring at that position. It's not close.

Seager's left-handedness, age and overall makeup put him at the top of the list to Cardinals' needs at shortstop and in the lineup.

And heck, while they're at it, maybe the Cardinals can get a value pickup of Corey's older brother Kyle to be their designated hitter if it indeed comes to the National League as projected.

If you want Carlos Correa, you're going to get some baggage. That's just the way it is. The sign-stealing episode in Houston is going to follow Correa and a number of his teammates forever.

But purely from a baseball standpoint, the baggage is going to be worth taking on. The man is still going to get a huge payday.

Correa is younger than Seager and won't be 28 until September of 2022.

He hits for comparable extra-base power and is a better defender than Seager. He's also an incredibly seasoned postseason performer, especially in the World Series.

Correa is a magnificent player worthy of a big-time payday. He also likely has an established relationship with Cardinals hitting coach Jeff Albert, who held numerous positions in the Astros' organization as recently as 2018. And we've seen how integral Albert is to what the Cardinals are trying to do as an organization.

It's a long shot, and Correa is my second choice, but these guys are 1A and 1B in terms of the player I'd most want to see playing shortstop for the next 4-8 years in St. Louis if I'm a Cardinals fan.

If I were a betting man and had to say the Cardinal do end up landing a shortstop this winter, this is the guy I'm putting my money on.

Story likely won't command quite the money Seager or Correa will, but could end up being just as valuable.

There also happens to be a guy who just made the move from Colorado to St. Louis on the left side of the Cardinals infield. I'd expect that guy would put a good word in to join him...

The "Coors Effect" talking point won't scare anyone away and Story could be sitting there after the two big names are off the board.

He'd bring not only power but also speed to a lineup that certainly wouldn't turn it down.

Yeah, the on-base percentage could be higher and his 2021 wasn't great, but the Cardinals could capitalize big time here if the rest of the league devalues Story.

Semien is an interesting case, and I have no idea what kind of deal he could command.

2021 was a breakout year for the infielder as he hit 45 home runs and drove in 102 runs in his one season in Toronto. In fairness to Semien however, he did have a somewhat similar season in the last 162-game year in 2019, where he finished third in the MVP vote. So there is a bit of a track record to lean on, while a bit flimsier than the guys already mentioned.

Semien is a few years older than the guys I already listed, but his numbers over the past few seasons rival any of them.

I'd still say Semien is a riskier play than the younger shortstops who have shown more consistency over their entire careers, but he's gonna get paid somewhere.

If the Cardinals could get him on some sort of value deal, I'd say it'd be a good move. But they shouldn't be thinking about spending the same kind of money on a Marcus Semien as they would on a Corey Seager or Carlos Correa.

Credit: AP
New York Mets' Javier Baez reacts to a pitch during the first inning of a baseball game against the Milwaukee Brewers Friday, Sept. 24, 2021, in Milwaukee. (AP Photo/Aaron Gash)

Spoiler! The Cardinals aren't going to sign Javy Baez this offseason. I can say that with almost 100% certainty.