How many memories has Adam Wainwright given us over the years? On Sunday, he'll get the chance to give us some new ones. He can't wait. 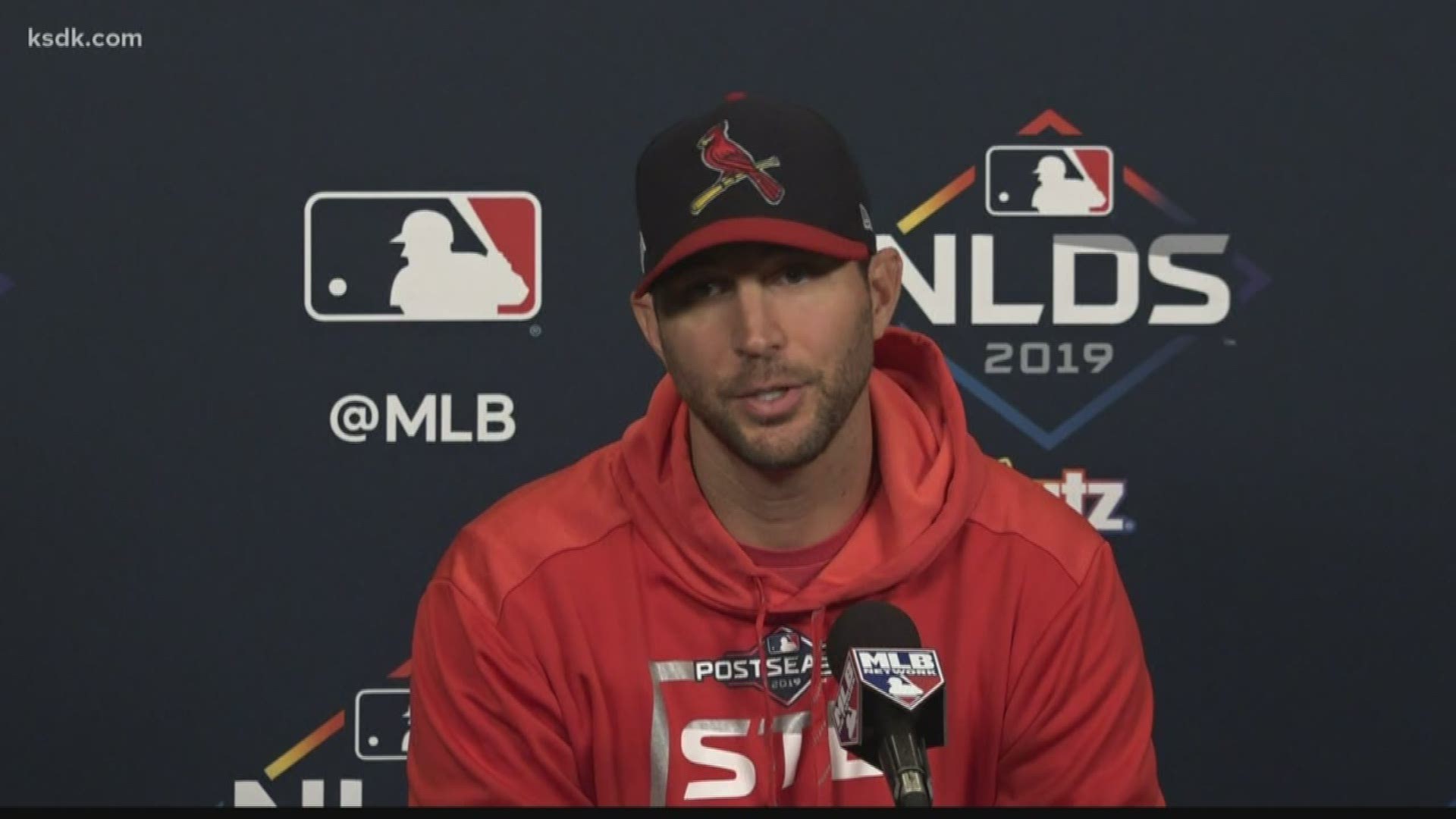 ST. LOUIS — No matter how much you believed in Adam Wainwright, Sunday was never a sure thing. After last season, it looked doubtful we'd ever see anything close to the Wainwright of old.

Now, he's preparing for his 13th postseason start, this time against the team that originally drafted him.

There's just something that feels so right about an October Adam Wainwright start at Busch Stadium, back in his element.

You know the fans will be rocking Busch Stadium for Game 3 of the NLDS against the Braves, but they're not the only ones who are ready. Wainwright has been waiting for this moment for five years, since his last postseason start.

Watch: Adam Wainwright talks ahead of his start in Game 3 of the NLDS

"Feeling that champagne down your beard never gets old, but feeling that playoff buzz of the crowd, you can never replace that or replicate that in any other place in life that I've seen," Wainwright said. "It's just a feeling that is beyond compare. So I'm looking forward to it and I'm excited to be back in the playoffs."

Wainwright has shown he has it in his DNA to shine in the October spotlight.

He has a career postseason ERA of 3.03, and was memorably blemish-less in his 9 and 2/3 innings as the Cardinals closer on the way to the World Series title in 2006.

He's one of those guys that has it in him to rise to the occasion, and it's part of the reason he's still going 14 seasons into his Cardinals Hall of Fame career.

His experience isn't just something for fans and media to talk about, though. It's something his teammates are taking full advantage of.

"Even some of the older players that have been around a little bit have been picking my brain a little bit, so that makes me feel good. I've been part of I think nine teams that have been there seven times I've been active, we've played through the postseason a few times since I've been here, it's been an incredible ride," Wainwright said. "The playoff atmosphere is a little different. You have to account for some of the vibe that's going on out there and you have to be able to calm your nerves and control your adrenaline.... A lot of guys have been asking questions. Our young guys on the team they do a good job of learning. They do a good job of sponging on guys that have been there, done that."

It's not just poetic that Wainwright is making his return to the postseason on a Busch Stadium mound, it's smart. The home and road splits for Wainwright this season have been talked about a lot, and they're quite drastic.

The 38-year-old veteran came back on a one year, incentive-laden contract to prove he still has it. He's checked all the boxes so far, but now comes the biggest test.

On October 6, 2019, just two days short of 13 years since his first playoff appearance, Wainwright will head out to the Busch Stadium mound for another game of postseason catch with Yadier Molina.

"I can't wait to pitch to Yadi again tomorrow," Wainwright said. "It's one of my favorite things in the world to pitch to number four."

RELATED: Braves shut out Cardinals, beat Flaherty, to pull even in Division Series

RELATED: Acuña set for Game 2 after no hustle hurt Braves in opener

RELATED: Once a playoff hero, Matt Carpenter now looms as a secret weapon for the Cardinals