What Cardinals fans need to know about the San Diego Padres

The Cardinals are headed to San Diego to face the upstart Padres. Here's what St. Louis fans need to know about the Cards' first round opponent 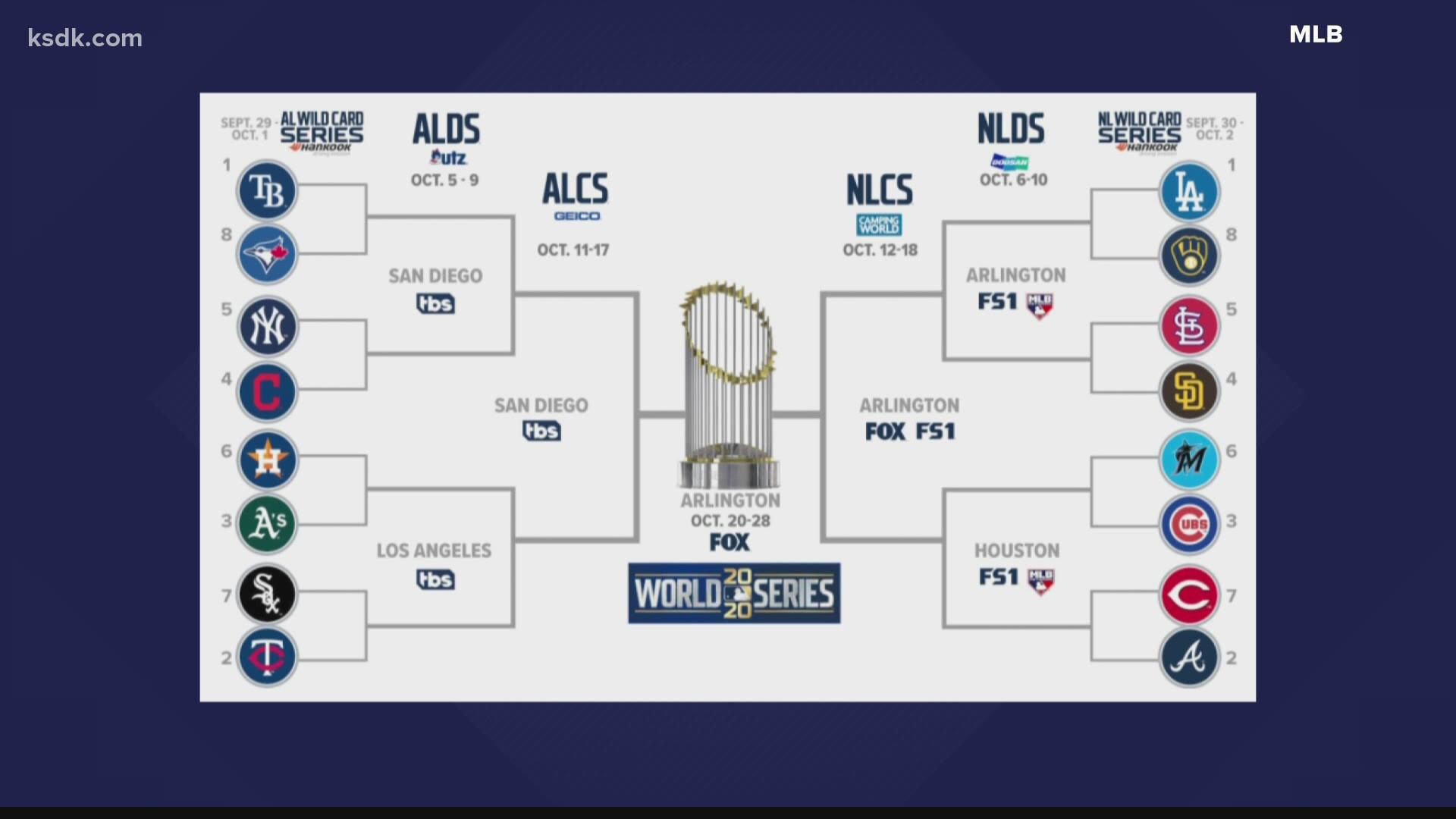 SAN DIEGO — For the second year in a row, the Cardinals are beginning their playoff quest for championship number 12. Things are a bit (well, actually a lot) different in 2020, from no fans in the stands, to neutral site playoff games and new in-game rules.

But one thing that won't change is the intensity of October baseball.

The Cardinals will head out to San Diego first for a best of three series against the Padres in the Wild Card round.

Here are some things Cardinals fans should know about their club's first round opponent before play gets underway on Wednesday.

They're young and exciting

A good amount of their core is still under 30 years old, with Tatis Jr., 21, leading the way.

They play fast and they play in your face.

You might remember the Padres and Tatis Jr. were the team at the center of that whole "unwritten rules" dust up after the shortstop hit a grand slam on a 3-0 pitch while up big against the Texas Rangers.

This club marches to the beat of their own drum, and have picked up a lot of new fans around the league this season.

It's been a long time since they've been here

The last time the Padres played a postseason game, Chris Carpenter, Tyler Johnson, Josh Kinney and Adam Wainwright were combining for a Cardinals win over San Diego in Game 4 of the 2006 NLDS.

Yes, it's been that long since the Padres played in the postseason.

In fact, the Cardinals have eliminated the Padres both times they've made the playoffs in the past 20 years.

They can mash on offense

This Padres offense is not to be trifled with.

They finished the 60-game 2020 season in the top five in baseball in OPS, slugging percentage, home runs, runs, RBI and stolen bases.

They also made some big moves at the trade deadline, acquiring Mitch Moreland Austin Nola and Jason Castro to bolster their team. They also sprung for some key pitching additions, which we'll get to in a bit.

They have quite a few Cardinals connections

St. Louis fans will recognize some familiar faces on this Padres squad.

Outfielder Tommy Pham is helping set the pace for the San Diego offense after being traded to the Padres this past offseason. He battled COVID-19 to start the year and had a hand injury that forced him to miss time, but he's back for the playoffs and will no doubt be ready to face his old club.

Long time Cardinals utility infielder is also a member of these Padres, appearing in 35 games this season.

One of the Padres' big deadline moves was acquiring former Cardinals closer Trevor Rosenthal from the Kansas City Royals. Rosenthal has been lights out with San Diego, recording four saves and not allowing a run in 10 innings with the Padres.

You might also recognize the first base coach in San Diego. It's none other than former Cardinals favorite Skip Schumaker.

They may be dealing with some key pitching injuries

The injury bug may have bitten the Padres at the worst possible time.

Their biggest trade deadline acquisition, starting pitcher Mike Clevinger, left a start in the season's final week with an elbow injury. He would likely have been the team's Game 1 starter.

To make matters worse for the Padres, they lost another one of their top starters in Dinelson Lamet, after he left a game Friday with tightness in his bicep.

The San Diego Union-Tribune reports both starters threw on Monday at Petco Park, but nothing is set in stone in terms of their availability against the Cardinals.