Opinion | Why Cardinal Nation shouldn't get their hopes up for Nolan Arenado, or anyone great this winter

Dreaming about Arenado or someone else big is a futile practice for Cardinal Nation this winter. I'd expect 2021 to contain the same suspect offense 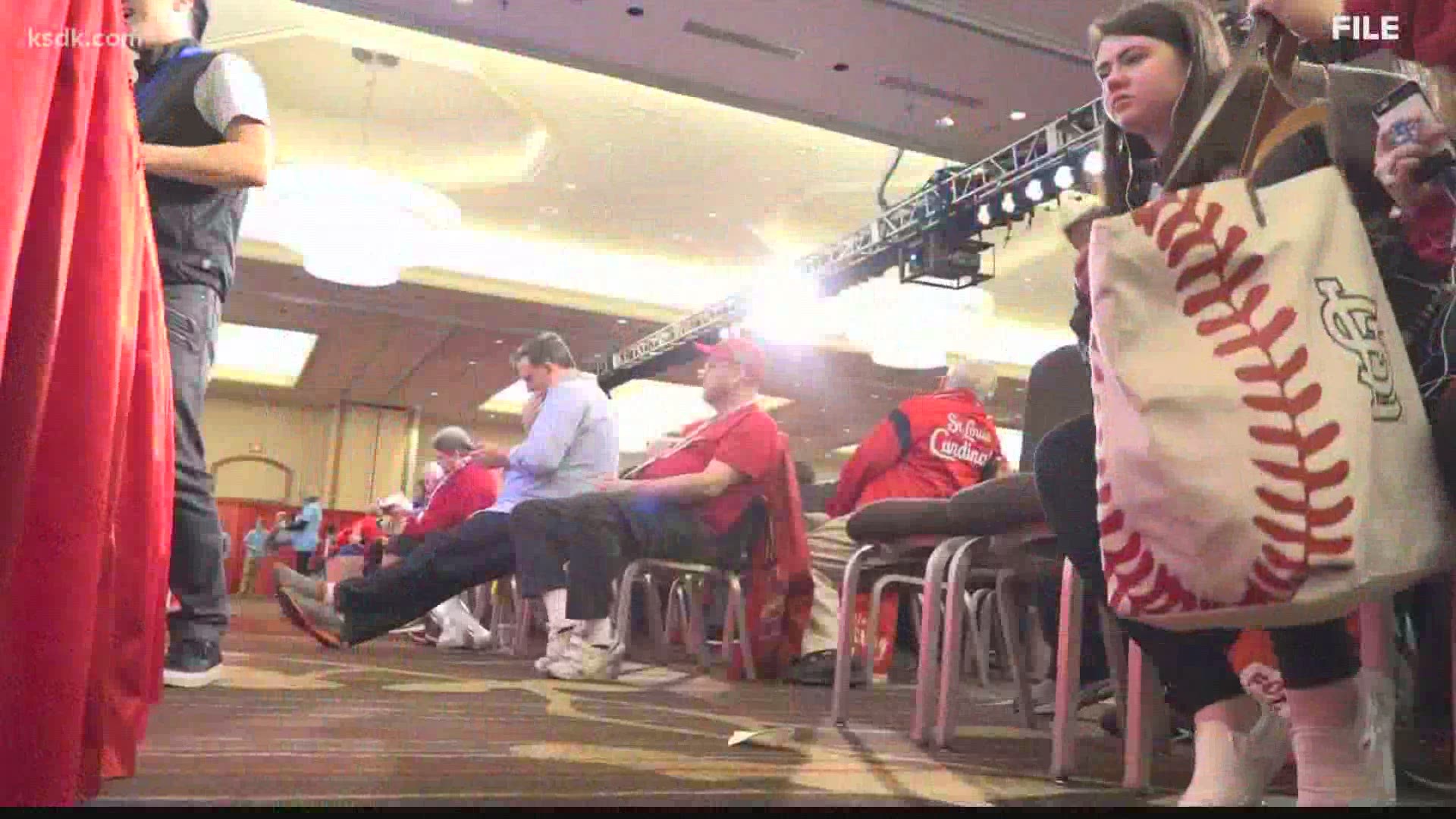 ST. LOUIS — The greatest trick a baseball team could ever pull is convincing their fan base they want to win a World Series year in and year out.

At the outset of each season, fans gather around in wicked anticipation of the season ahead. Could this be the year? Will the stress, heartache and alcohol consumption be worth it in the end? They run around and tell their friends. Those friends tell other friends and strangers. Those strangers continue on, and a fire is started.

But fans all wonder to themselves, late at night, what the front office of their team is actually going to do. They don't want to think about it at all, because the reality could be very little. Look at the lack of action from the Cardinals after the 2019 season.

Equipped with an offense that couldn't scare a white cat off a porch balcony, they mustered another season of soft offensive output during this shortened season. With the pandemic still in full swing, one shouldn't expect much activity from Bill DeWitt Jr. and company this winter.

Ken Rosenthal can preach all day about the Cardinals and Nolan Arenado being a fit, and no fan should buy that premise. It's too painful to think about something so game-changing. Arenado - yes even away from the confines of Coors Field - would enhance the Cardinals' offense in a way that would enable the starting pitching and defense, as opposed to being a supplemental help at best. A winner of eight straight gold gloves at third base, he would be the ideal cleanup hitter, allowing effective if unspectacular hitters like Paul DeJong, Dexter Fowler, and Yadier Molina to drop down in the order. Having Arenado around would allow Harrison Bader to start 140 games in centerfield and give the team a defensive boost with modest-at-best plate production.

It would work like a charm, but it won't happen. If the Cardinals weren't interested in Arenado pre-pandemic, what makes you think it's more concrete now? They may have been close to a deal in the past, but nothing solid enough to finish. If they can't pick up a $12.5 million option for Kolten Wong nor negotiate extensions for their veterans, what makes you think DeWitt Jr. is paying $61 million between Arenado and Paul Goldschmidt next season?

Now remember, Giancarlo Stanton was pre-Goldschmidt. They offered the cash and players to complete the deal, but the then-Marlins outfielder said no. I don't see them acquiring two big talents. If they were going to do that, the team could have added Bryce Harper before the 2018 season. Harper put together better numbers than any Cardinal in 2020. That would have been a strong message sent to the rest of the league about their intentions. The payroll would have soared close to $200 million, but if you look at the Los Angeles Dodgers, that may be the price of a World Series these days. The Tampa Bay Rays got close with a shoestring budget, but couldn't close the deal. Noble effort, but few people remember the runner-up at the race in pro sports.

Unlike Tampa Bay, the Cardinals actually spend money. Lots of it. But lately, it hasn't been spent wisely. A five year deal with Dexter Fowler now looks overwrought. An extension to Matt Carpenter was too soon. Failed deals for David Price and even a lack of interest in Max Scherzer sting a little more, but not as much as the hitting side of the equation. Even with a robust Goldschmidt in 2020, the offense flunked out again.

Just don't hold your breath hoping for the Cardinals to seriously go after Arenado, Francisco Lindor, George Springer or anyone else who is very good. The odds are against such a move. What you can hope to see is the contracts of Carpenter and Fowler extinguishing in a year, and other contracts and players reaching the end of the line as well.

You can expect Dylan Carlson in left field for 140-150 games hopefully. Bader and Fowler will fill the other two spots. Tommy Edman is taking Wong's spot at second, and DeJong will play 98% of the games at shortstop next year (oy vey!). Carpenter will be the third baseman until Nolan Gorman can knock on a door properly, which could be soon or in 2022.

There are nine candidates for five rotation spots, but the catcher position currently holds the most intrigue.

While some would assume a deal gets done with Yadier Molina, the likelihood drops with each passing week. The Cardinals could go full nomad and catch Knizner next season, letting Molina walk. The last line just made my blood, as well as the majority of Cardinal Nation, boil. If the Cardinals aren't going to add a big name, hold onto the legacy and ride some bad contracts out. Let's just say the Molina and Adam Wainwright decisions will contain all the hot stove action for St. Louis this winter. I'd love to be wrong, but the odds are in my favor.

I will warn you that 2021 won't necessarily be worse than this year, but it may not be much better either. Unless Carlson breaks out completely or Edman finds his 2019 touch, the offense will be a meager operation again. One can only hope the next round of contracts are smarter and made with more sound judgement. Goldschmidt put to the side, all fans see right now is Brett Cecil flaming out here, the Fowler experiment not swerving off the road just yet but not impressing much, and the Carpenter revival being an absolute dud this past summer.

It's nice to dream. Believe me, it's fun. In many articles on this website, I have waxed poetically about a big young name coming to town. But I've also written for KSDK since the last time the Cardinals won an NLCS game, which was 2014.

Arenado could change this team, just like Harper and Stanton could have. But when reality sets in at the end of the day, the expectations for 2021 shouldn't rise above a mere competitive whim.